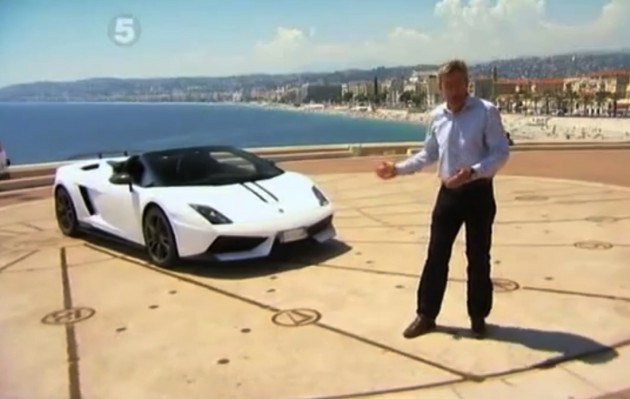 Tiff Needell seems to love the Performante’s awesomely loud sounds and appearance, he also says its the most exciting Gallardo on sale.

The Lamborghini Gallardo Performante gets a number of unique enhancements including jumps in power from the 5.2-litre V10 engine, taking it to 419kW (562hp), as well as a number of weight reduction efforts.

The Gallardo Performante is heavier than the Superleggera coupe model, weighing 1340kg compared with the Performante’s 1486kg, but it still manages to smash the 0-100km/h dash in just 3.9 seconds.

Click play on the video below to see the full review.