As promised, Ken Block’s Gymkhana FOUR; The Hollywood Megamercial video is out with more hoonage than ever. Ken Block is driving his several hundred horsepower Ford Fiesta HFHV (Hybrid Function Hoon Vehicle) rally car, and destroys a set of tyres in the only way he knows best. 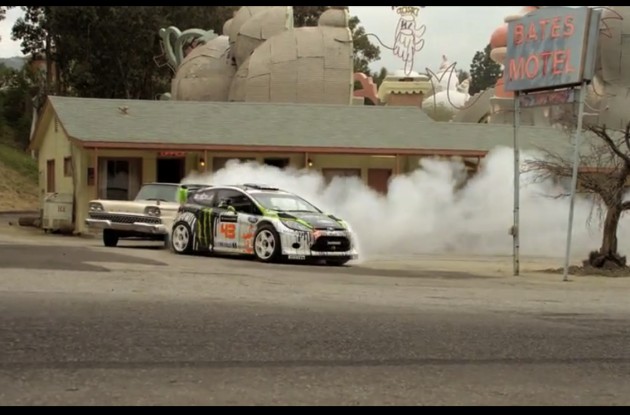 There’s elements of Hollywood’s all-time greatest movies and plenty of spectacular camera work in this one. Let’s not yap on anymore, check it out.

We will ask one question though; out of all the versions, which Ken Block Gymkhana video do you like the most?