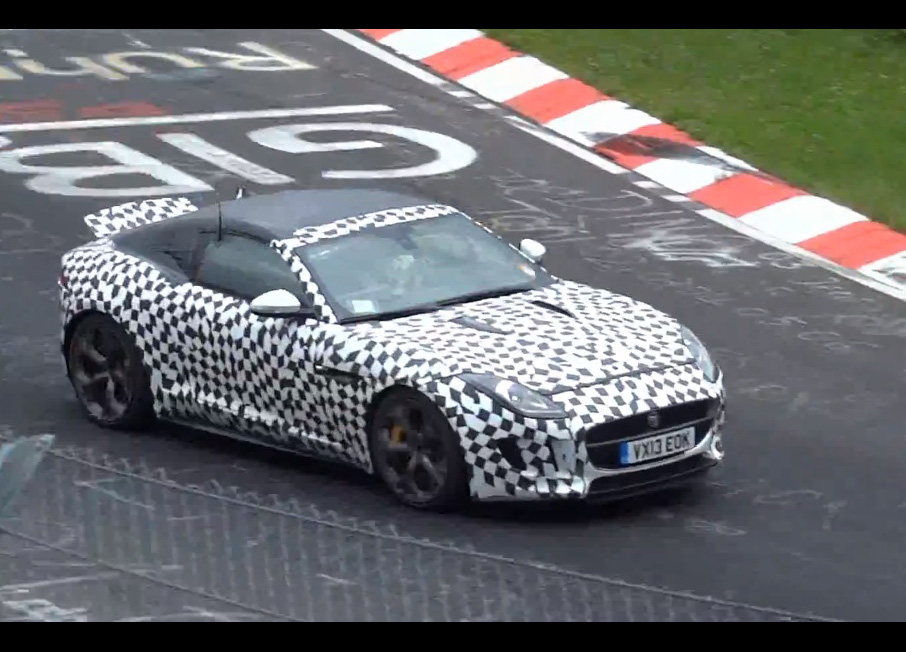 Jaguar has been spotted testing a prototype version of upcoming F-Type coupe on the Nurburgring. The production version will join the soon-to-arrive convertible next year. 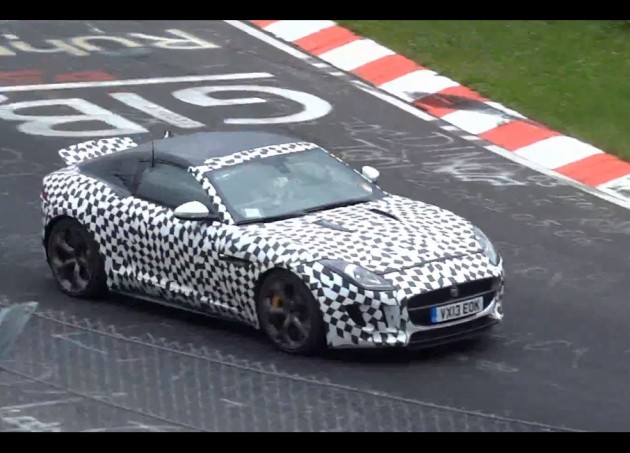 The F-Type convertible has already been launched in some international markets where it has been extremely well received and highly praised by media. The stunning sports car will arrive in Australia next month.

After the drop-top, Jaguar will be offering a coupe version. It’s believed it will come with the same engine lineup as the open-top versions, including a supercharged 3.0-litre V6 with 250kW and 280kW, and a barking supercharged 5.0-litre V8 with 364kW (as seen here). 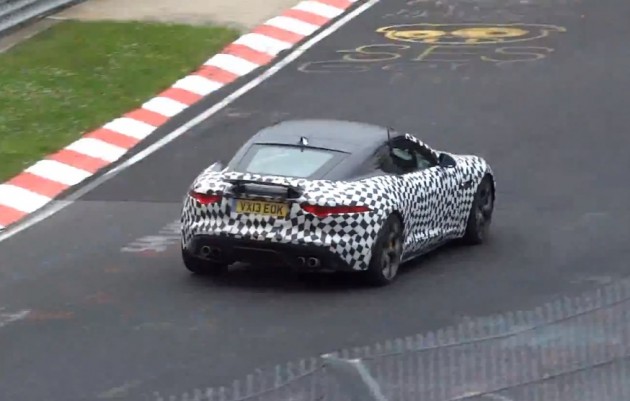 As you can see in the video, provided by fastsportscardriver YouTube channel, the rear windscreen looks like it will extend right down to the boot lid. The design is inspired by the Jaguar C-X16 concept car that previewed the F-Type.

Prices for the coupe are expected to be lower than the convertible which will start at AU$139,000 from August. Click play below to take a look at how it performs on the treacherous Nurburgring in Germany.