The new 2012 BMW M5 twin-turbo V8 is a machine, we all knew that, but just how much of a machine is the question. PP Performance in Germany were lucky enough to get hold of one to test it out on the dyno. 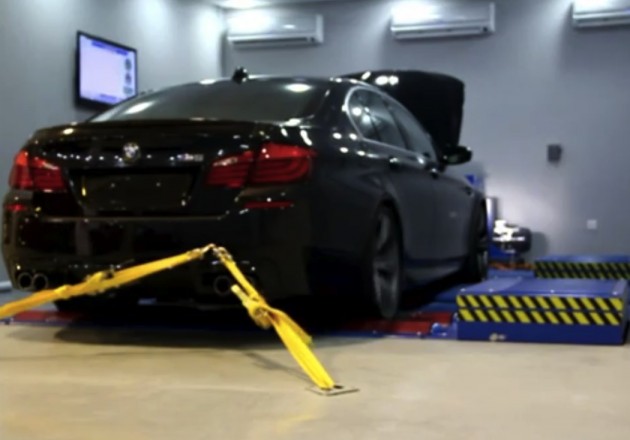 According to a reply in the YouTube video from PP Performance, the mighty M5 spun out 331kW (444hp) at the wheels. This, also according to the tuning firm, translates to 428kW (573hp) at the engine from the stock engine.

The factory figures say the 4.4-litre twin-turbo V8 produces 412kW of power and 680Nm of torque. So it seems BMW M has been a little bit conservative on the numbers, which is pretty common for manufacturers, as when buyers do test them, they are delighted by the numbers.

Now the only thing left to ponder is, how much power will a health dose of tuning get out of it? G-Power has already set an early stage 1 benchmark of 620hp (463kW). We can’t wait to find out and keep you updated.