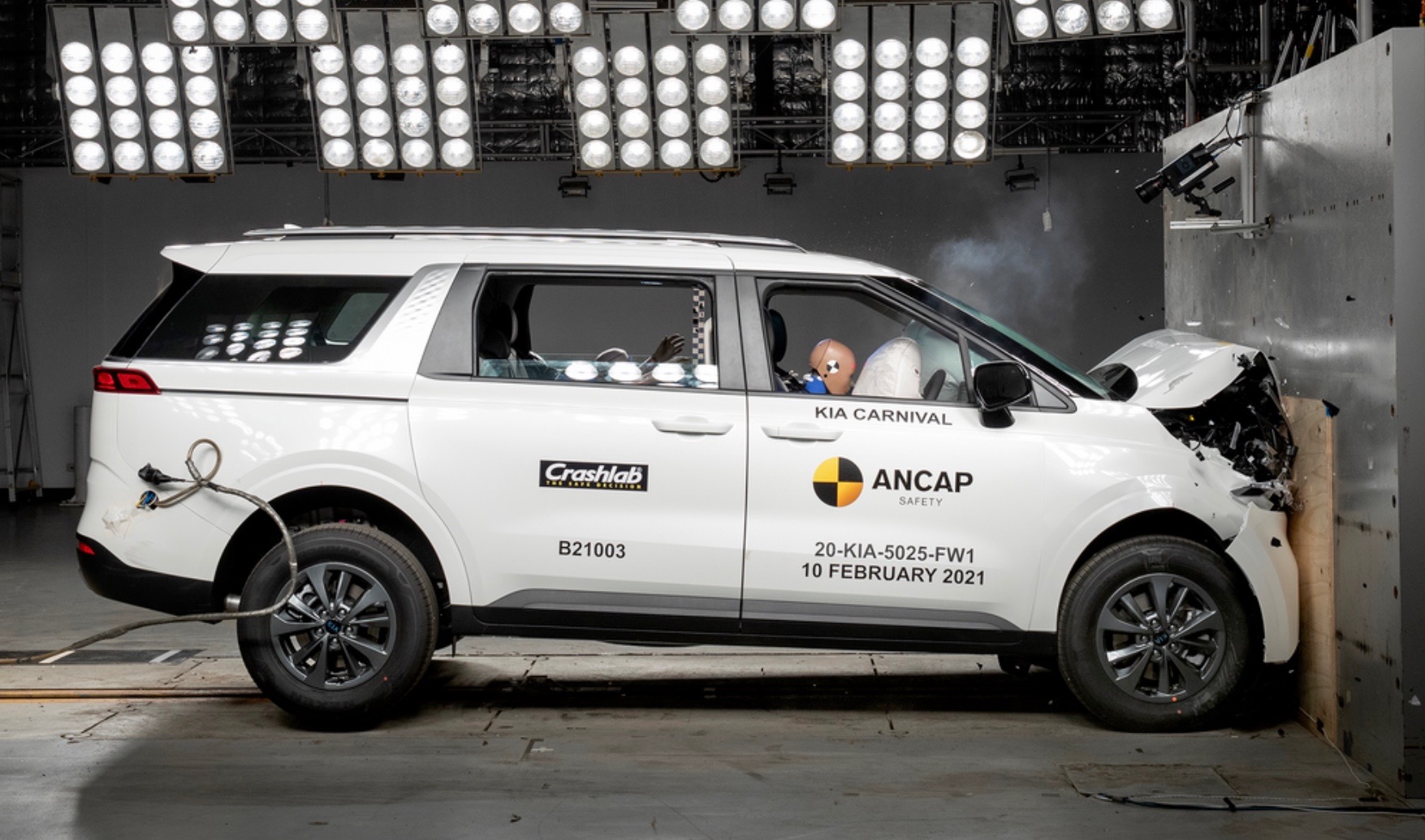 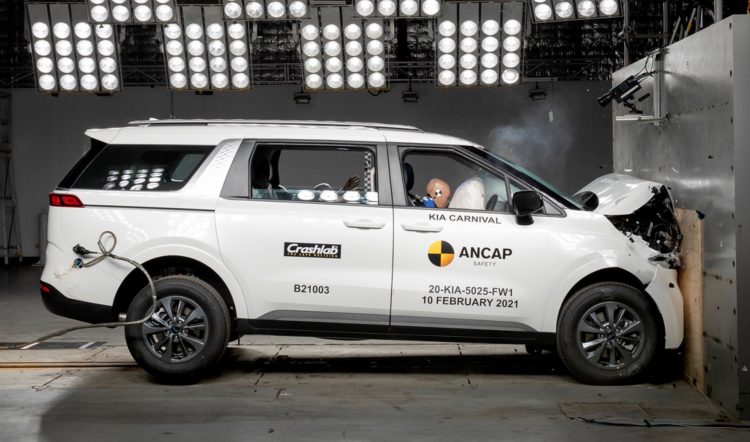 ANCAP applied its latest 2020-2022 testing criteria to the people mover, and despite not coming equipped with the latest centre airbag technology, all variants passed with flying colours. The centre airbag has recently become a must-have feature for cars to earn a top score in the side impact crash test, however, it is not compulsory as some vehicles have a wide enough distance between the two front seats, such as the new Land Rover Defender and now the Carnival.

“Safety is critical in the People Mover segment given the primary use of these vehicles in transporting a large number of passengers. It’s pleasing to see the most recent model releases to this segment, including the Carnival, have factored safety into the fundamentals of their design and specification. This is not a segment in which safety should be compromised.”

ANCAP says the Carnival’s autonomous emergency braking system was a particular standout, with tests showing it was very good at avoiding or mitigating vehicle-to-vehicle collisions, with “good” ability in terms of detecting and reacting to pedestrians. Cyclist detection tests showed “adequate” performance.

Take a look at the video below to see how the people mover performed across a variety of tests.