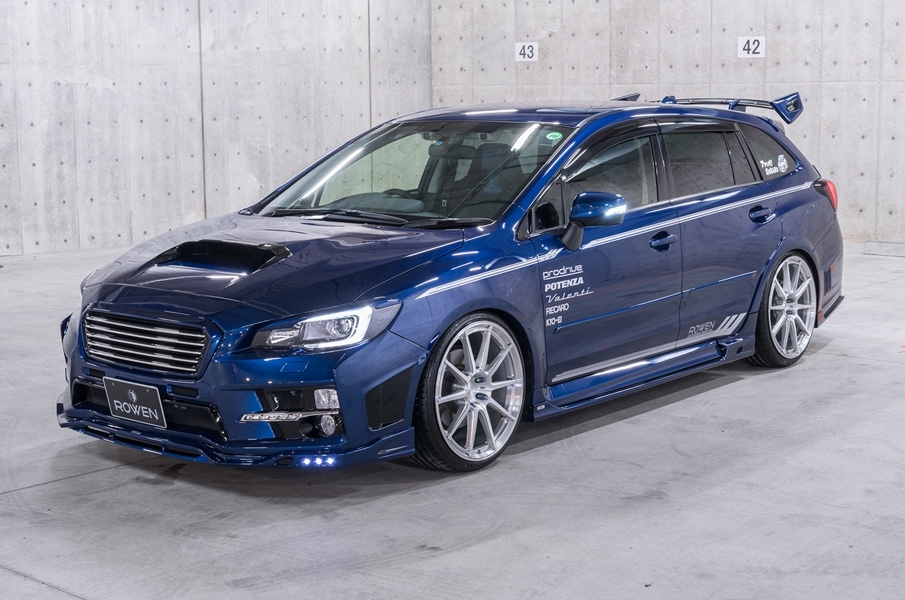 Subaru may have lost some fans when it named its new WRX wagon the Levorg. But it shouldn’t stop the overall appeal of the model. If it does, you can always turn to tuners. Tuning company Rowen has just come up with a kit that might tickle your fancy. 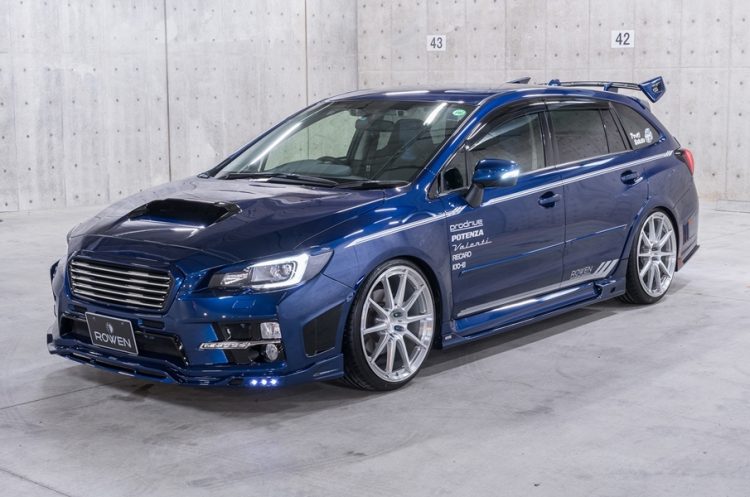 The Japanese tuner has developed quite a spicy bodykit for the practical wagon, including new front and rear bumper bars complete with special intakes and racy skirting along the bottom, a new single-piece grille, side skirts, and a big rear wing to complete the look.

Ordinarily, the Levorg isn’t really described as offering a load of street presence and attitude. But with this kit it definitely shakes some of the vanilla, practical family wagon traits. Little details such as the ‘eyelid’ garnishes for the headlights, the new LED light strips at the front, and chunky diffuser at the back go well to creating a much more aggressive look.

Underneath, the Levorg adopts a custom coilover suspension package which helps bring the body to a lower, more hunkered-down level. The standard alloy wheels are obviously shelved. In their place are some 10-spoke, 20-inch Prodrive machined items, wearing 245/30 Bridgestone Potenza tyres. 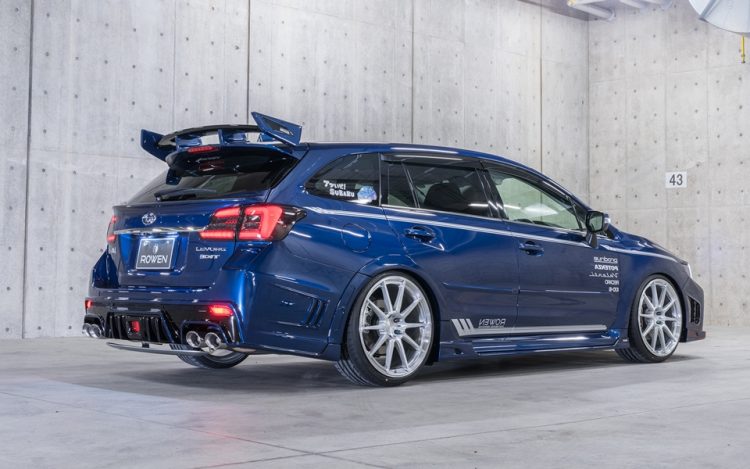 It’s unknown if there are any engine modifications. In Australia the Levorg, like the WRX, comes with a 2.0-litre turbo boxer four-cylinder. It produces 197kW and 350Nm in Australian specification. Over in Japan however, the Levorg is offered with a 1.6-litre turbo producing 125kW and 250Nm.

This Rowen show car example is fitted with the 1.6, and Rowen is offering a custom exhaust with quad outlets at the back. A small increase in power and torque could result from the bespoke exhaust system, but the noise is probably the most drastic change over the standard car.

Levorg sales haven’t been going that well in Australia since its launch. So far this year Subaru has sold 493 examples, compared with 1179 WRX sedans. Even so, WRX sales are down 10.1 per cent compared with last year, perhaps highlighting the shift in buyers’ demands to SUVs.