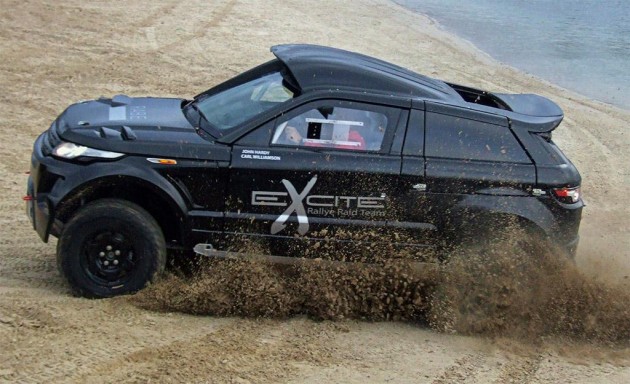 Kitted out with just about every off-road accessory a man could ever want, the Desert Warrior still retains the awesome styling cues of the Evoque production vehicle.

Underneath the bonnet sits a BMW-sourced 2.0-litre twin-turbo diesel engine producing a restricted 205kW of power and a whopping 650Nm of torque – yes, from a 2.0-litre. If de-restricted the engine produces around 260kW.

The stout little unit is matched up to a ZF six-speed sequential transmission to ensure no time is lost while hurtling through the bush. 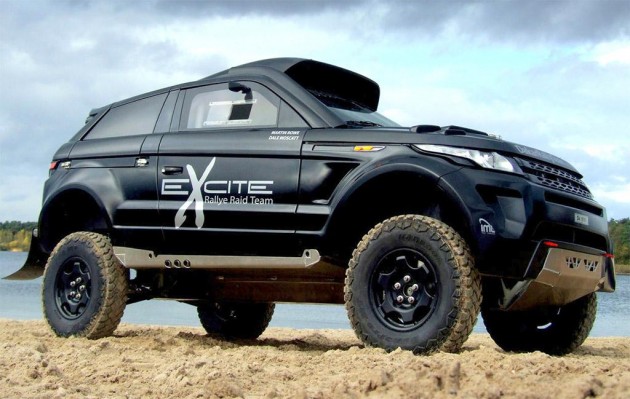 Some interesting features of the Evoque rally machine include a massive 260-litre fuel tank for a racing range of around 1200km, a set of 16-inch steel wheels wrapped in BF Goodrich Desert Race G series, and a a number of bash plates and scoops all around the racer.

There’s also a comprehensive suspension setup with 8 Reiger racing coil overs front and rear. These are capable of detecting when wheels are off the ground to pre-prepare, as well as detect if the vehicle is going around a corner, and detect if a compression is caused by the vehicle going down or the wheel coming up.

The complete package tips the scales at 1900kg and will compete in the FIA T3 championship.

Imagine the fun that could be had in this in any empty quarry.