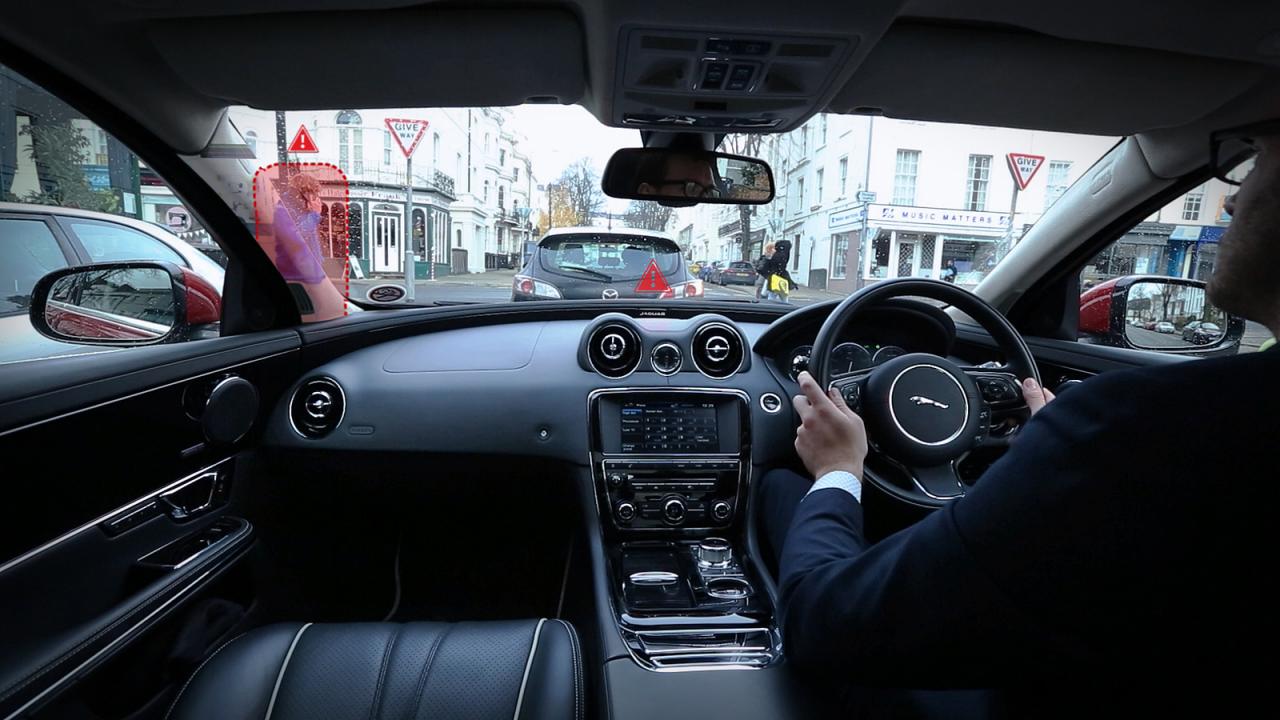 The best way to avoid an accident is to spot trouble before it starts. That’s especially true in busy city driving where countless distractions can pull your attention away from the road. Jaguar Land Rover has developed a technology which could drastically improve the view of the surroundings. 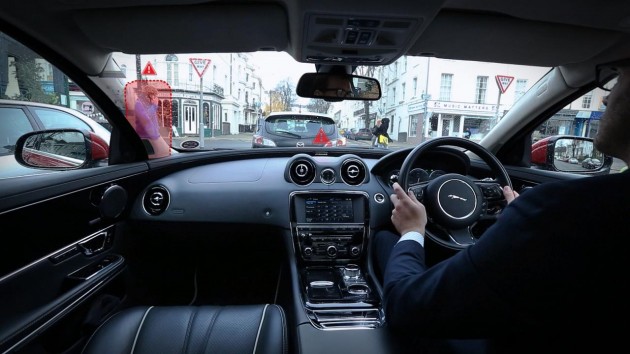 Jaguar Land Rover announced Monday that it is working on new technology that makes car pillars disappear. The transparent pillars are part of the so-called ‘360 Virtual Urban Windscreen’ which gives drivers visibility all around the car.

There are screens embedded in the surface of each pillar inside the car, displaying info from an outside live video feed. This creates the impression of seeing through the pillar. When the driver indicates to change direction or when he moves his head to look over his shoulder, the system automatically makes the respective pillar transparent.

Another part of the new driver aids is the creepily named ‘Follow-Me Ghost Car Navigation’ technology. This is a system that projects an image of a vehicle onto the windscreen so you can follow it when taking driving directions. Turn arrows and other information are projected on the glass as well.

It gives you clear directions which might be less distracting or annoying than the voice guidance. However, this technology is still in its research stages but it could become a feature in future cars. Dr. Wolfgang Epple, Jaguar Land Rover’s director of research and technology, said,

“The Jaguar Land Rover research team is developing this technology to improve visibility and to give the driver with the right information at the right time. If we can keep the driver’s eyes on the road ahead and present information in a non-distracting way, we can help drivers make better decisions in the most demanding and congested driving environments.”

The company is definitely creative with exciting solutions that would make some of the more straining aspects of driving much more manageable. That is, presuming it actually ends up in production. See the video below for a demo.