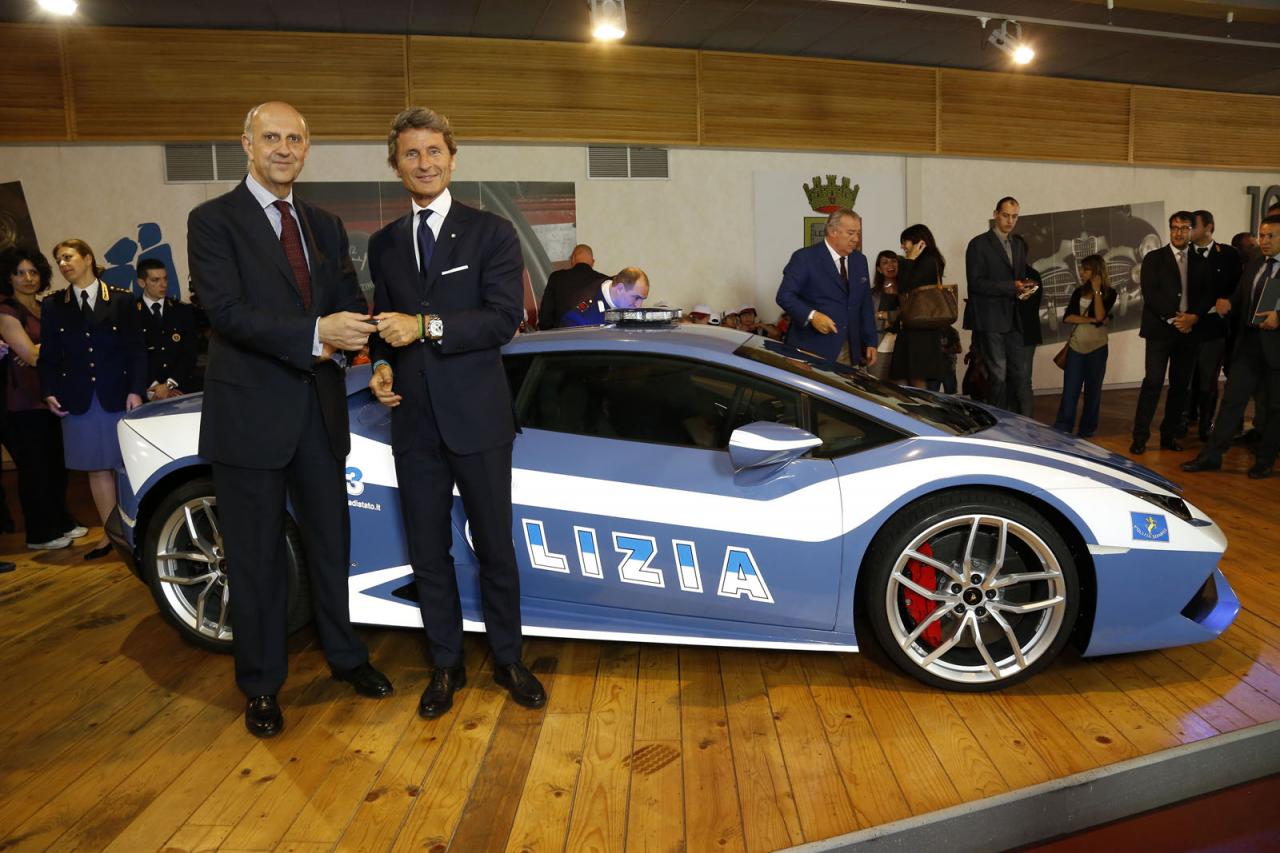 The Italian State Police has been given a brand new Lamborghini Huracan LP 610-4 fleet. The stunning supercar replaces the Gallardo fleet. 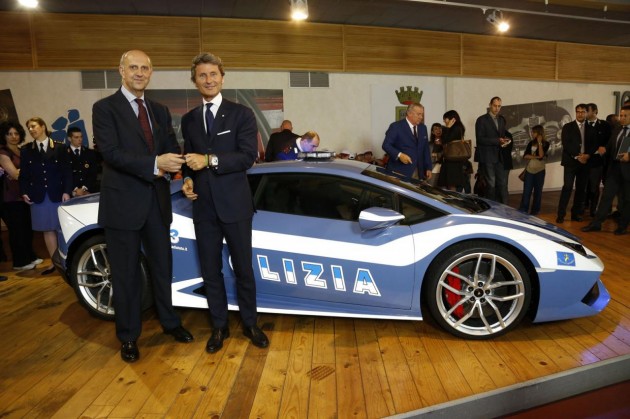 Unlike the exotic Dubai police cars, the Lambo is put into service and will undertake several police duties. It comes with a ‘proof video data system’ which is able to detect and record suspicious activities, as well as a proper police radio system, a gun holster, and some medical equipment.

It also dons the traditional blue and white colour scheme with the polizia signage down the sides and flashing lights on the roof. Stephan Winkelmann, Lamborghini CEO, spoke about the relationship between Lamborghini and the police, saying,

As for catching criminals? They need to be in something very quick to get away. The Huracan comes with a 5.2-litre V10 producing 448kW and 560Nm, capable of propelling the sleek supercar from 0-100km/h in just 3.2 seconds.