Lamborghini has pretty much confirmed it will be introducing the drop-top version of the Huracan Performante at the Geneva motor show. It has sent out a long-winded video to confirm the news. 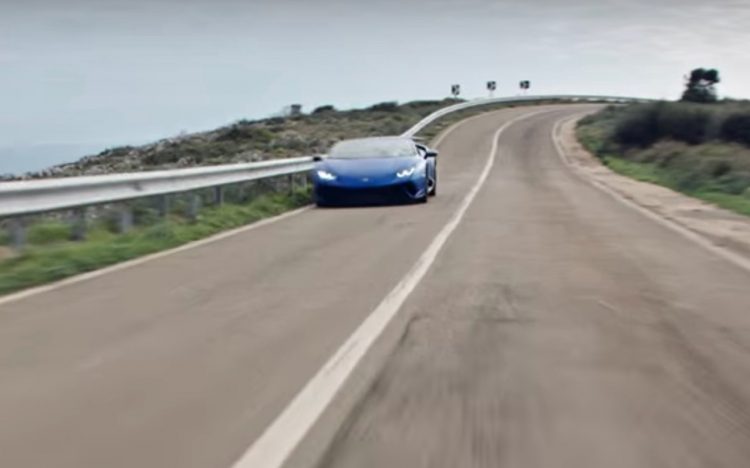 Although the Italian marque doesn’t specifically confirm there is a Performante Spyder on the way, the video teaser below is pretty easy to read through. It goes on about how awesome the coupe Performante is, and then it says “it’s time for a new stunning driving emotion”.

With a retracting roof, it certainly will offer a new driving emotion. In the description of the video Lamborghini says it is about to add a new “dimension to the Huracan Performante”. This essentially seals the deal in our opinion.

Various clues have already piled up, including spy shots that show a prototype wearing an almost identical aero package as the coupe only with a drop-top roof. It also makes sense from a historical point of view, as Lamborghini usually introduces a hardcore model and then about a year later brings in a drop-top version.

The Performante Spyder – name not confirmed – is set to come with the same 5.2-litre naturally aspirated V10 engine as the coupe. In that the unit produces 470kW and 600Nm. This is tweaked compared with the regular 449kW Huracan.

With the coupe version breaking the world record around the Nurburgring, setting the quickest production car lap ever recorded, the Spyder version could potentially become one of the quickest convertibles to lap the circuit as well – if Lamborghini decides to give it a crack.

All will be revealed on March 6 at the opening of the 2018 Geneva Motor Show in Switzerland. We’ll keep you posted with any updates along the way. In the meantime, check out the teaser below.