The new-generation ‘F31’ 2013 BMW 328i Touring wagon is now on sale in Australia, joining the 318d and 320i variants. It becomes the most powerful 3 Series wagon on sale in the country. 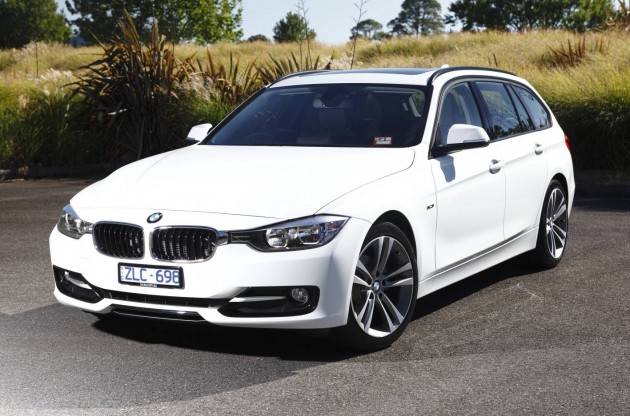 Featuring the company’s new 2.0-litre turbocharged four-cylinder engine, the 328i Touring produces 180kW of power and 350Nm of torque. It’s able to sprint from 0-100km/h in 6.0 seconds, while offering an average fuel economy rating of 6.5L/100km.

Like the other wagon variants, the 328i offers a class-leading 495 litres of cargo space. With the rear seats folded flat, up to 1500 litres is available. This comes thanks to an innovative 40:20:40 split-fold rear seat system. An electric two-piece tailgate adds further convenience.

Like all new 3 Series models, the 328i can be had in four main trim levels, on top of the standard package. These are made up of the Luxury Line, Modern Line, Sport Line, and the M Sport Line. Each provides a different overall theme, with slightly different trimmings inside and out.

Head over to our BMW 328i review for more details and our usual acceleration video.