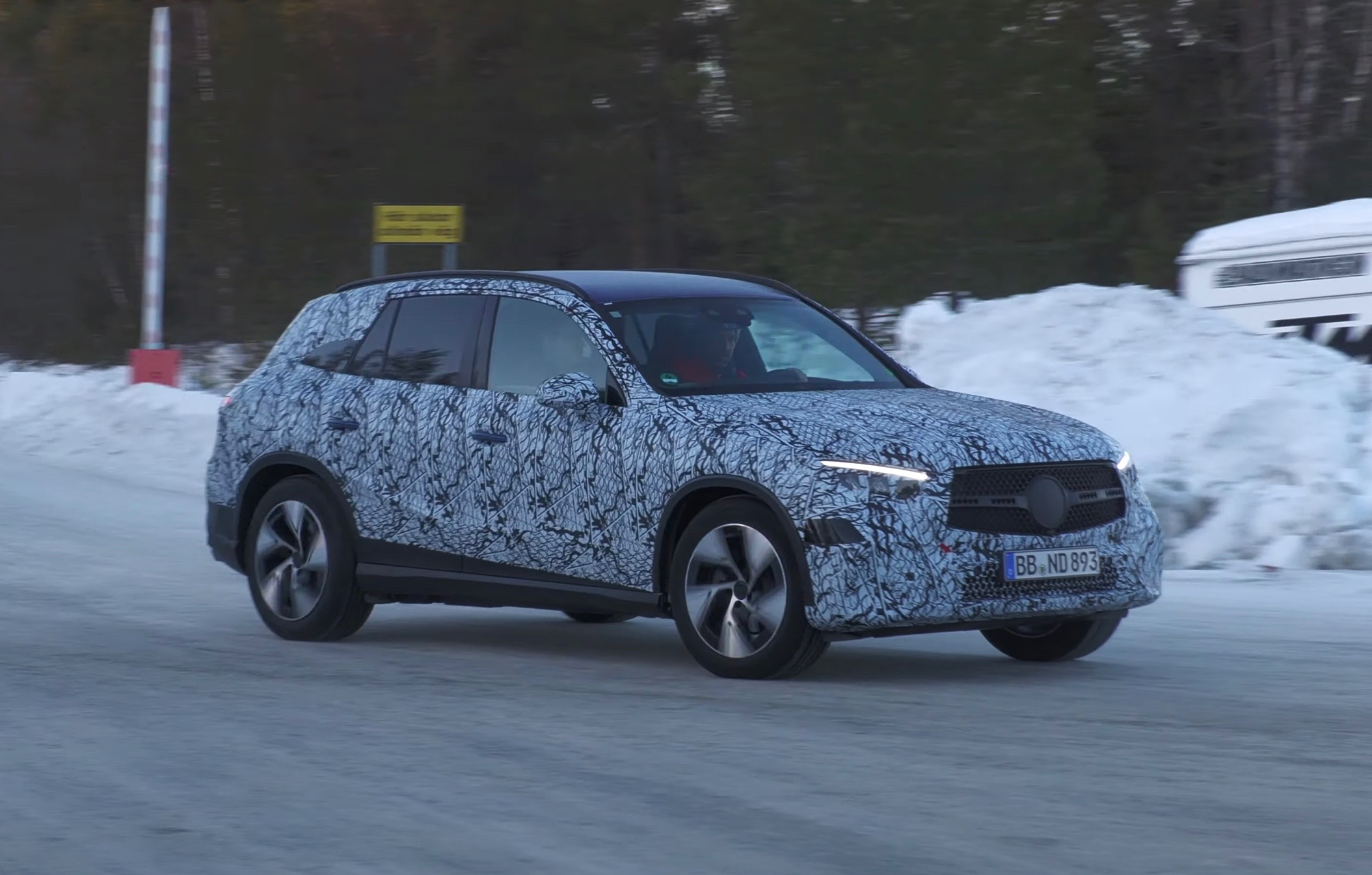 Prototype versions of the next-gen, ‘X254’ 2023 Mercedes-Benz GLC have been spotted undertaking winter tests near the Arctic Circle. The company is likely at the pointy end of the development program for the new mid-size SUV. 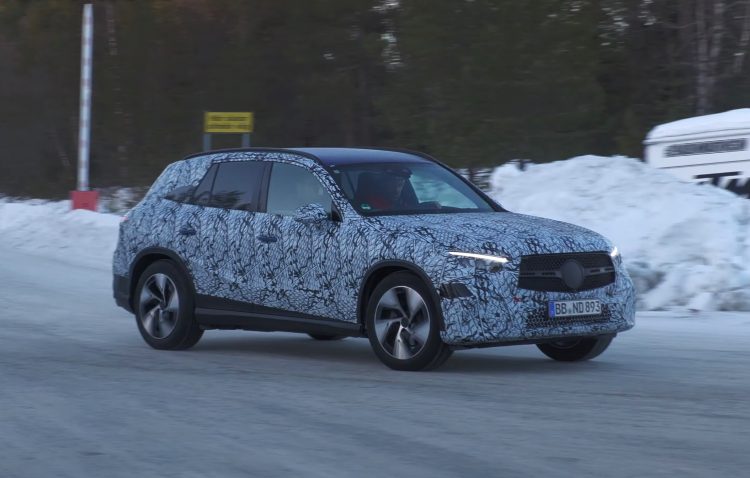 The current X253 GLC has been around since 2015. It was introduced as a 2016 model in some markets before joining Australia about a year later. Mercedes brought in a mild facelift in 2019, however, that means it is nearing the end of its lifecycle.

Thanks to the spy video below, provided by CarSpyMedia, we get sneak peek of the new design. Prototypes are wrapped in disorienting camouflage but it appears as though the production panel design and headlights and taillights lie underneath. And you can kind of see where Mercedes will go with the styling.

Take a look at recent models such as the GLE and GLS, as well as electric models such as the EQA and EQB for some hints. Expect a wider front grille area and beady headlights, with a large Mercedes badge in the middle. It doesn’t look like the new GLC will feature the pronounced upper lip, like on the GLE, but rather a slightly swept-back bonnet edge. 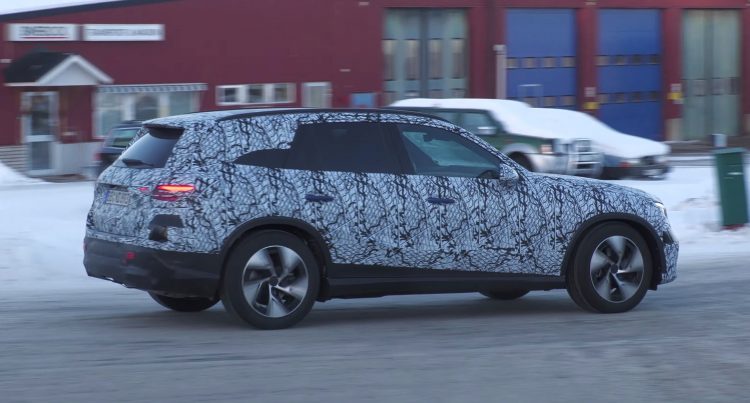 The new model is set to be underpinned by the company’s MRA II platform. This is an evolution of the current layout, adopting things like 48-volt mild-hybrid technology and supporting hybrid and plug-in hybrid systems. In that sense we can probably turn to the new C-Class, sharing the same platform, for clues on upcoming powertrain options.

Of course, at the top of the range is the AMG. However, this is where things become a little, shall we say, distressing for performance fans. Unfortunately the 4.0-litre twin-turbo V8 is being dropped in the next C 63 S and in its place is a 2.0-litre turbo hybrid. 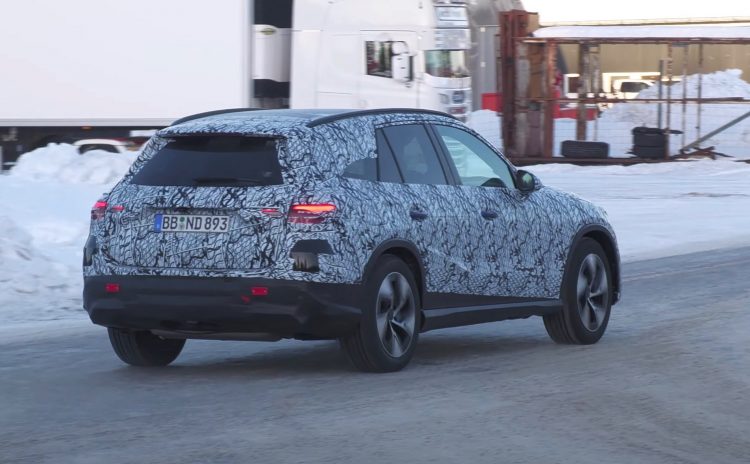 It’ll see the pairing of the M 139 four-cylinder from the A 45 AMG, with a twin electric motor system. Combined, AMG has promised “over 480kW”, which is well above the V8’s 375kW output. This is what we’re expecting for the upcoming GLC 63 S (name might be changed) as well. Mercedes is yet to confirm.

We’d anticipate a full unveiling for the new GLC a bit later this year, with market entry potentially taking place by the end of this year in some regions. Click play below for a preview.