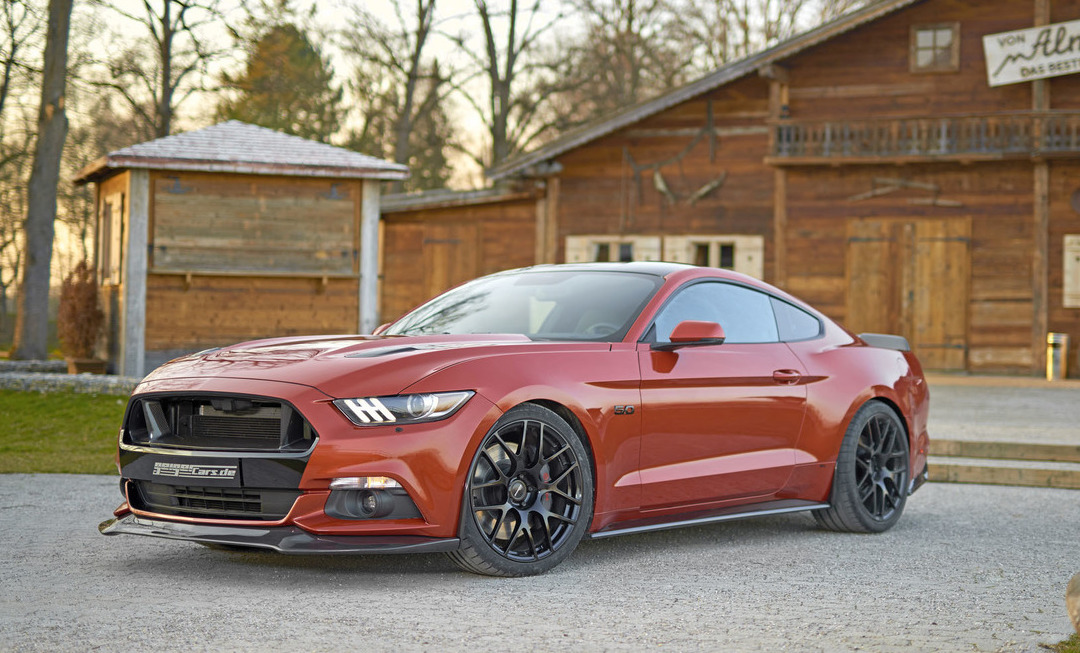 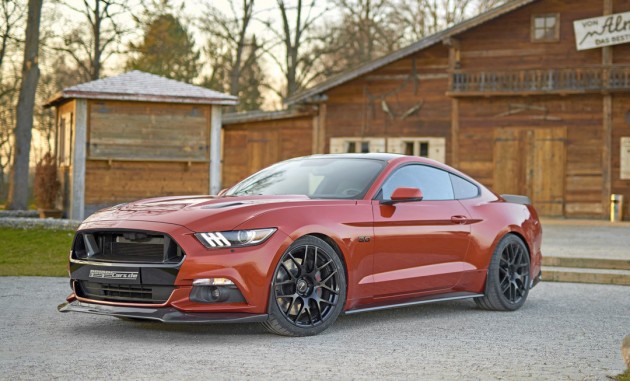 Starting with the power, the GT 820 is based on the new Mustang GT and its 5.0-litre naturally aspirated V8. In standard form the unit produces 306kW and 530Nm (Australian-spec). After the fitment of a 2.9-litre supercharger, outputs are lifted to a whopping 612kW and 760Nm.

To help the engine cope with the extra power and boost pressure, it has been rebuilt with forged pistons, beefier conrods, and a higher-strength crankshaft. The fuel injection system and engine computer have also been tweaked to manage it all.

Coinciding with the engine upgrades, Geiger has devised a new limited-slip differential using a 3.73:1 gear ratio, as well as fitted up the Brembo braking package from the GT Performance option, as well as developed a bespoke sports suspension tune. 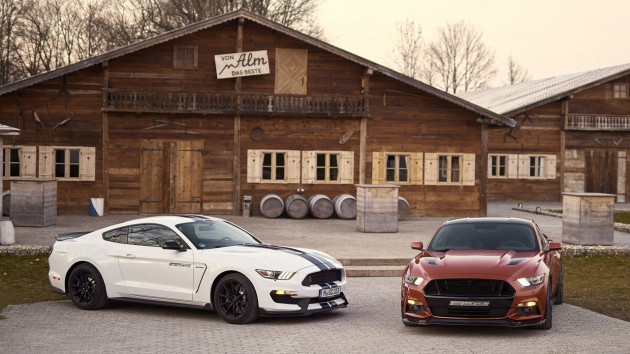 As for the exterior, there are a number of tasteful enhancements to give the ‘Stang a more unique look on the road. Firstly, a set of forged 20-inch alloy wheels in black make it look racier straight away, while the wide open front grille and carbon fibre treatment give the car a more menacing face. There’s also dark bonnet vents and a carbon fibre rear diffuser and spoiler.

Geiger is planning to make the GT 820 as a turn-key package that punters can purchase as new. Existing owners can of course also purchase the various bits and pieces separately. Prices for the complete package start at an eye-opening US$124,570, however, considering the power level it should be able to fend off supercars with a similar price tag.