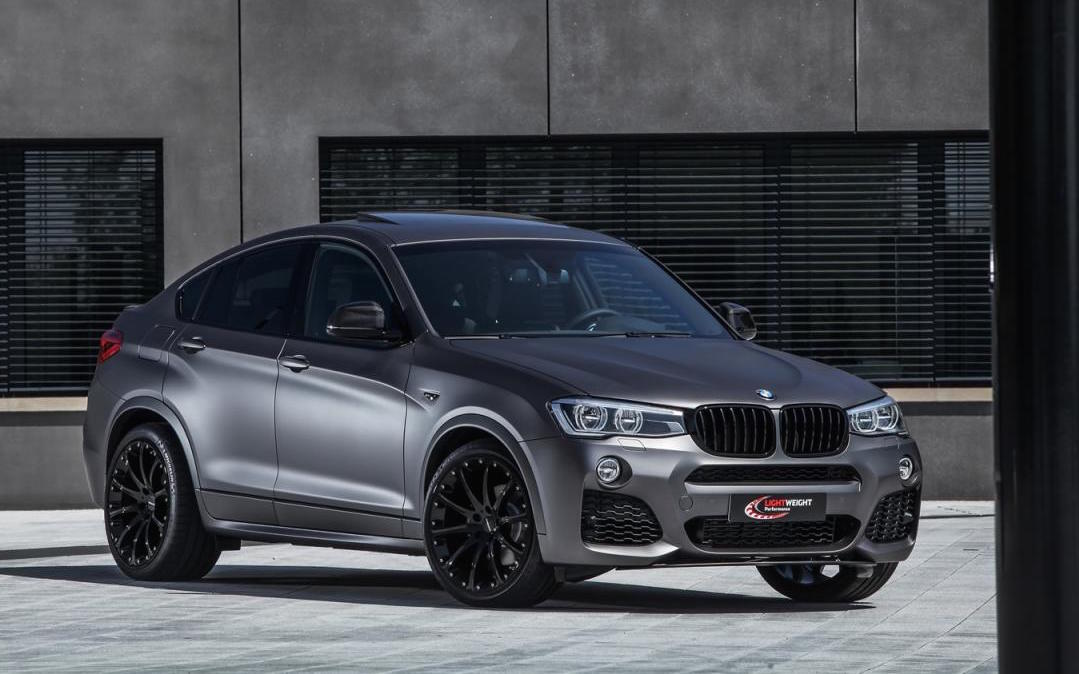 We haven’t see many aftermarket tuning kits for the BMW X4. But now, German company Lightweight has come up with a solution. 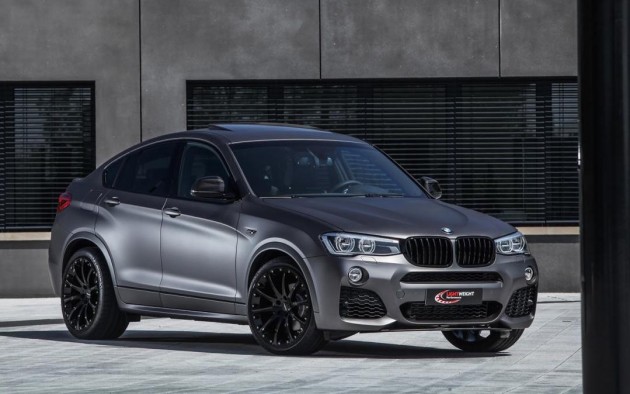 Interestingly, Lightweight has selected the xDrive35d diesel as the vehicle to tune. It features a 3.0-litre turbo-diesel inline six producing 230kW and 630Nm – hardly considered a slouch in standard form.

The company has developed a stage 1 upgrade package that lifts outputs to 268kW and 690Nm. In standard form the X4 35d can cover 0-100km/h in just 5.2 seconds. With this kit you could expect the sprint to be dispatched in under 5.0 seconds.

If that’s not quite enough, there’s also a stage 2 kit that boosts output to 276kW and 700Nm. This puts it more in line with BMW’s M50d triple-turbo diesel monster. Lightweight says the stage 2 tune can reach a top speed of 280km/h.

Aside from the powertrain enhancements, the company also offers a neat styling and handling package. There’s an in-house developed sports suspension setup using Bilstein components, lowering the SUV by 30mm, as well as Hartge Classic 2 alloy wheels measuring 21×9.5 inches on the front and 21×10.5 inches on the back.

Lastly, customers can also select a black Alcantara interior package which sees the soft material used for the centre console and parts of the trim, paired with special Lightweight pedals and floor mats.

The xDrive35d is not currently on sale in Australia but local customers are offered the xDrive30d which uses a 190kW/560Nm version of the same engine. It’s able to cover 0-100km/h in 5.8 seconds and offers a combined fuel consumption of 5.9L/100km.