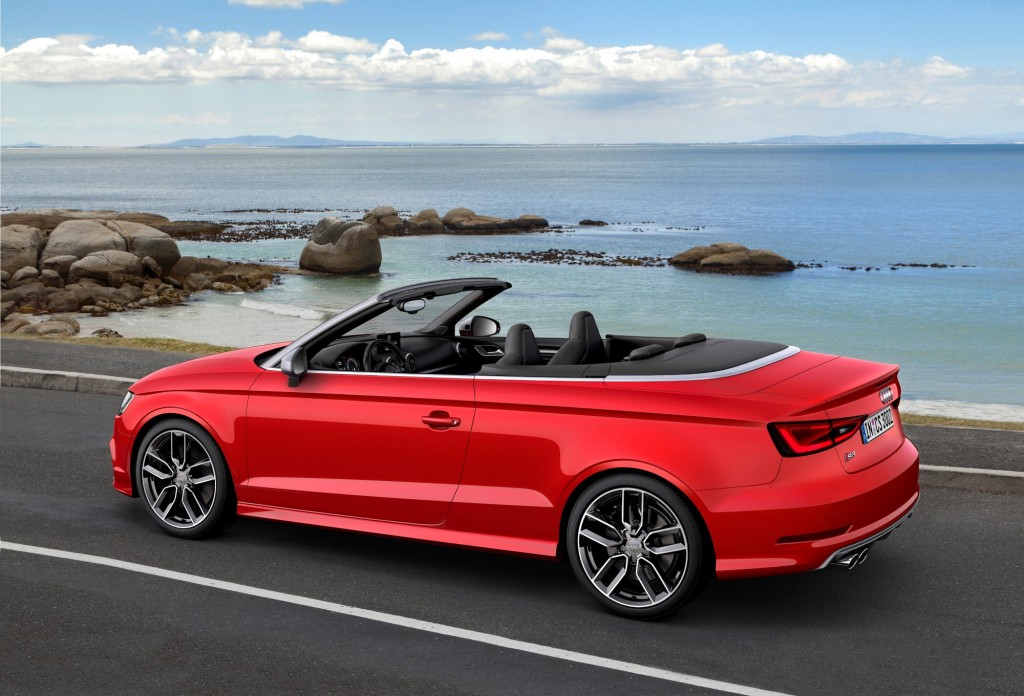 With the new Audi A3 Cabriolet unveiled late last year, it was only a matter of time until the hot S3 version would appear. And now is that time. 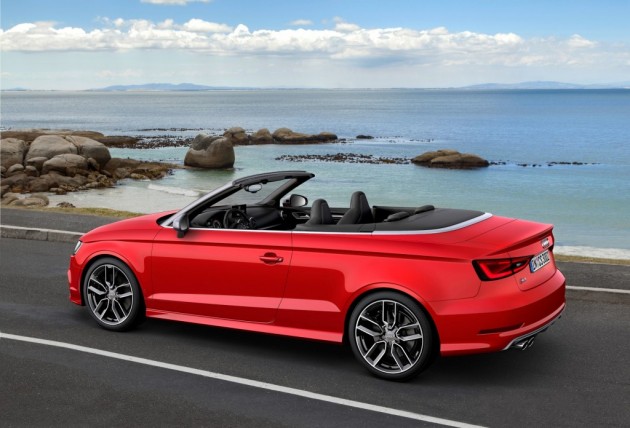 The new Audi S3 Cabriolet is a very unique proposition in the market. It infuses the go-fast engine, drivetrain and handling package of a super hot hatch with the elegance and excitement of an open-top vehicle.

Underneath, the same 2.0-litre turbocharged four-cylinder engine resides as seen in the S3 hatch. It produces a stout 221kW of power (206kW in Australia) and 380Nm of torque. All that is sent through Audi’s renowned quattro all-wheel drive system.

Audi has opted to offer only a seven-speed dual-clutch auto with the cabrio, as opposed to the six-speed manual also available in the hatch and sedan. Even so, with 0-100km/h coming up in just 5.4 seconds we don’t think many buyers are going to be complaining. 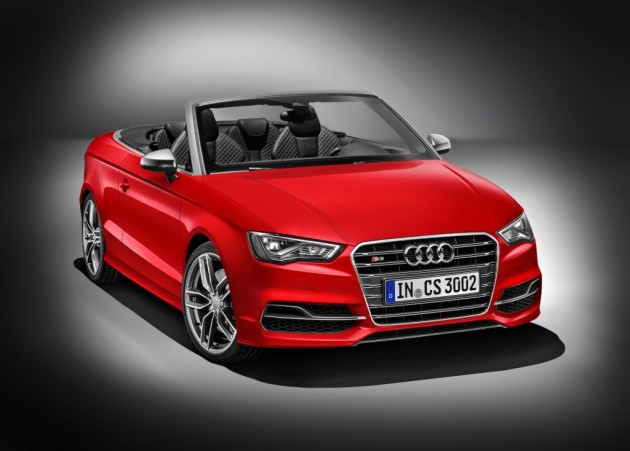 Like most convertible models, weight has been added in the form of construction to help keep up chassis and body rigidity. As a result, the S3 Cabrio presses on Earth with 1630kg of force. This is near-enough to 200kg heavier than the sedan version.

Inside, it’s all about the quality and premium feel of the Audi brand personality. There’s lots of black leather, contrast stitching, brushed aluminium trimmings, and of course plenty of ‘S’ features such as the big bucket seats, a flat-bottom steering wheel, and a bespoke instrument cluster.

The new model will make its public debut at the Geneva show next mount, and it’ll go on sale in Australia towards the end of this year. Local prices and specifications are yet to be announced, although, it is expected to have a price tag of around $75,000.