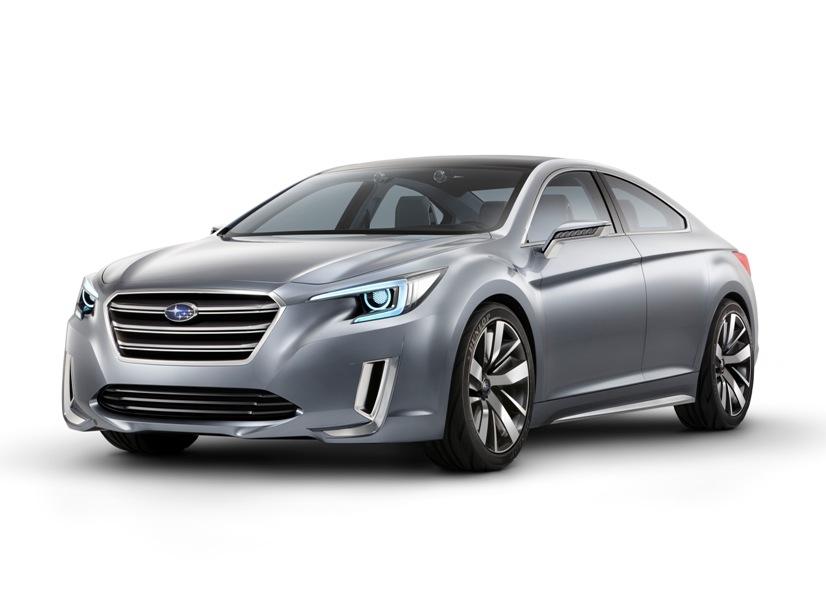 Subaru will unveil a striking new Legacy (Liberty) concept car at the upcoming Los Angeles Auto Show, giving us all a preview of the next generation 2015 Subaru Liberty. 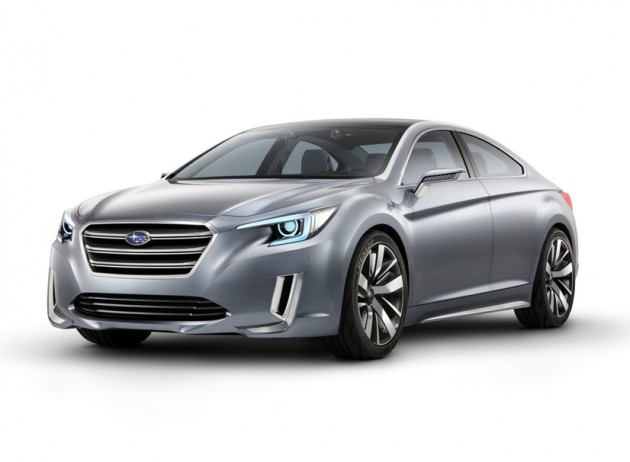 The new concept has been created not only as a source of inspiration for the next-gen Liberty, but also to help celebrate the nameplate’s 25th anniversary.

It showcases a number of modern and rather appealing design cues, including bold wheel arches, a sharp front end, and a low roofline for that flowing, sporty look, while the overall proportions remain true to the Liberty form. 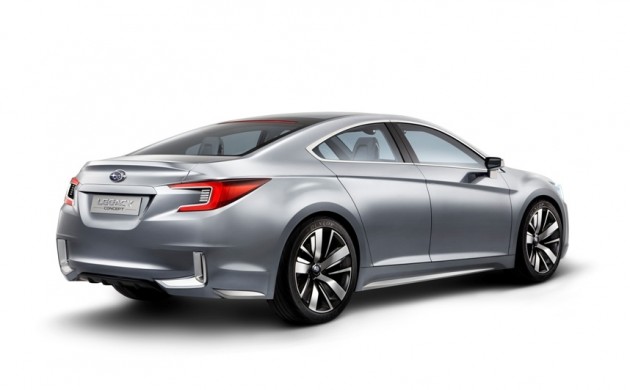 Inside, Subaru says the layout “embodies dynamic and solid design”, with plenty of room for four passengers, premium brown leather and blue highlights, and a large tablet-style multimedia display.

Specifications on the engine are yet to be mentioned. The overall exterior measurements have been announced though, with a length of 4930mm, a width of 1940mm, and a height of 1500mm. The concept also features 21-inch alloy wheels.

Although it isn’t likely to go into production as is, the next-gen Liberty/Legacy will draw much of its inspiration from this. Subaru said in a statement,

“The current fifth generation Liberty, which debuted in 2009, is a truly ‘global mid-sized’ car, which has won accolades for its combination of Japanese build quality, driving enjoyment and traditional Subaru value-for-money.

“As 2014 marks the 25th anniversary of Legacy, the concept expresses the design direction of the next generation version.”

All will be revealed at the LA Show, which starts on November 21.