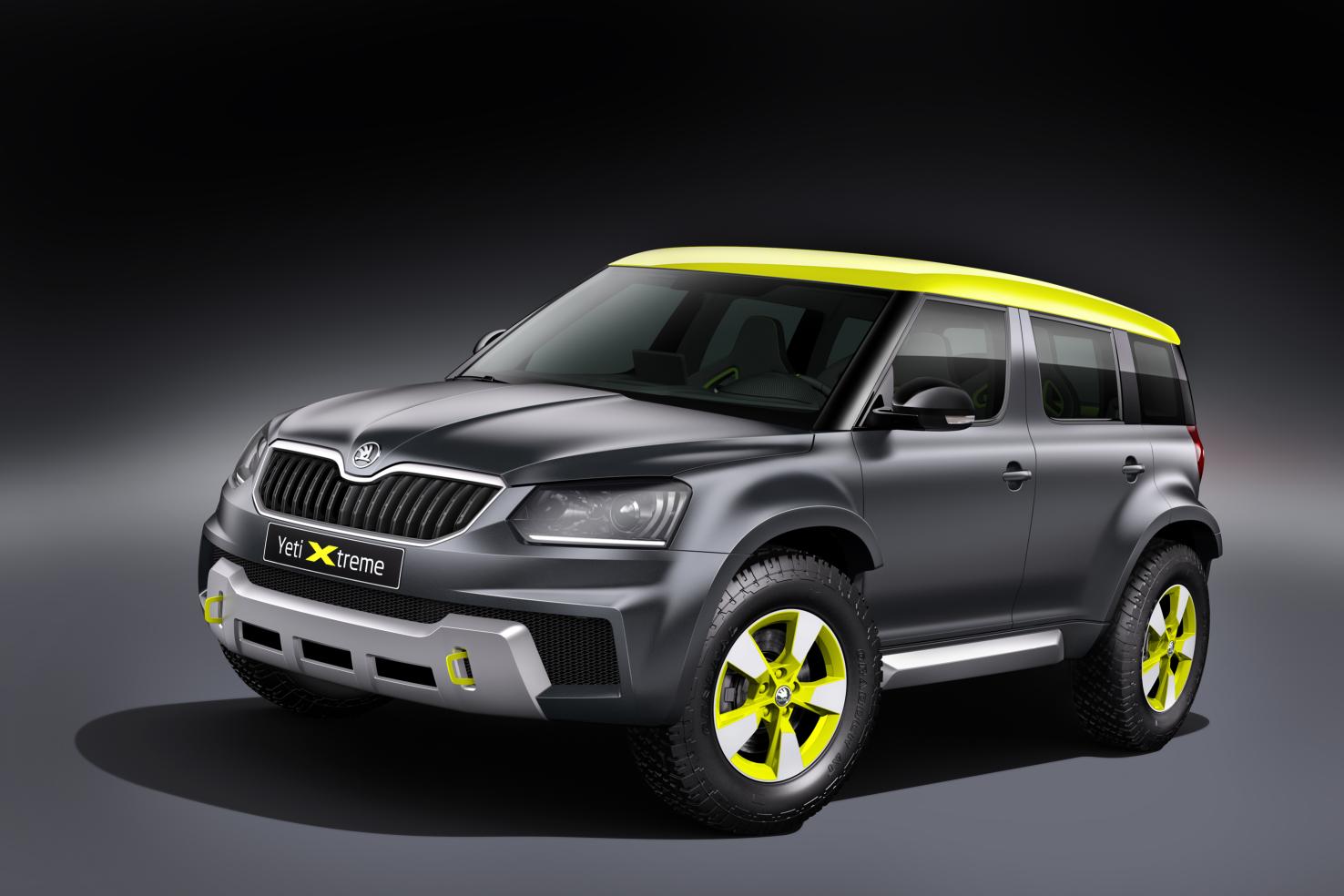 Just moments after a teaser image was released, Skoda has revealed the Yeti Xtreme concept which will make its public debut at the Worthersee festival next week. As expected, the car features various rough and rugged highlights. 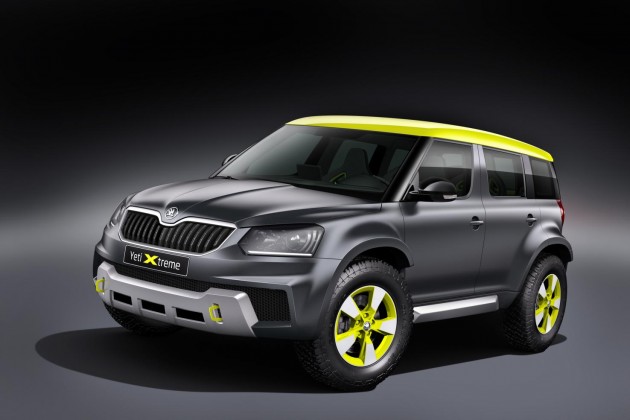 Skoda has taken the Yeti to more serious levels than we all expected, particularly the interior. It’s made up like a rally car cockpit, with four racing Recaro buckets seats, four-point harnesses, carbon fibre trimmings, and a fire extinguisher. Strangely, there’s also an iPad cradle on the dash.

Under the bonnet, the modifications aren’t so extreme. There sits a 1.8-litre TSI turbo producing 112kW and 250Nm, good for 0-100km/h in 9.0 seconds. It’s matched up to a six-speed dual-clutch auto and an all-wheel drive system.

The brakes are from the Octavia RS to assist with stopping performance while thrashing through the bush, while the 17-inch alloy wheels are wrapped in special, large off-road tyres. Werner Eichhorn, Skoda board member for sales and marketing, said,

“We want to continue the positive development and to grow further with new models over the coming years. Therefore we are going to strengthen the emotional vibrancy of the brand.

“Skoda Yeti Xtreme – as a dynamic and powerful compact SUV concept – demonstrates the brand’s strong expertise in four-wheel drive technology, as well as our know-how when it comes to rally sports.”

The concept won’t go into production but it does provide enthusiasts with some inspiration for aftermarket tuning for the Yeti.