The 2015 Porsche 911 GTS has been revealed, ready to slot in between the 911 Carrera S and the race-ready 911 GT3. It comes with a bespoke exterior and trimmings, lowered suspension, and a more powerful engine than the one in the Carrera S. 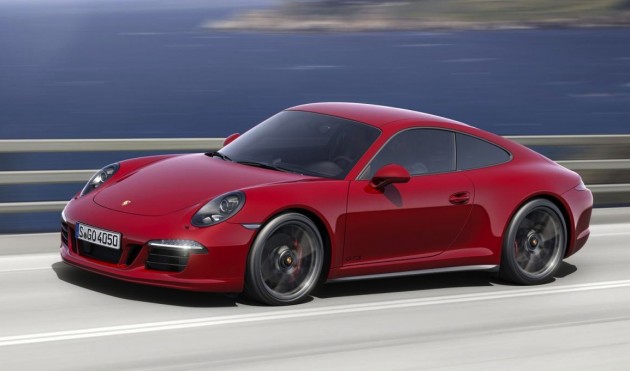 Essentially, it is the new flagship 911, aside from the GT3 and Turbo models. This means it comes with almost everything Porsche offers for the 911. One such feature is the Sport Chrono package – normally an option – which is standard on the GTS, consisting of lowered sports suspension (by 10mm) with active dampers.

In the engine compartment in the back sits a 3.8-litre naturally aspirated flat-six developing 316kW of power. When it’s matched up to a seven-speed manual transmission, acceleration from 0-100km/h takes just 4.2 seconds, or 4.0 seconds with the dual-clutch auto. The top speed is rated at 306km/h.

So, how can you tell a 911 GTS apart from the rest? At the front are a set of bi-xenon headlights with Porsche Dynamic Light System technology. The body is also based on the Carrera 4 wide-body, so you get the wider wheel arches and a wider track, complemented by a set of unique 20-inch alloy wheels painted in matt black.

Inside, passengers are treated to an exclusive Alcantara trim with leather-sectioned seats, with Porsche’s latest touch-screen interface sitting in the dash. It incorporates full connectivity, a premium sound system and satellite navigation.

Porsche Australia says the new model can be ordered through official dealers now with deliveries commencing in February 2015. Full prices are as follows (excluding on-road costs): 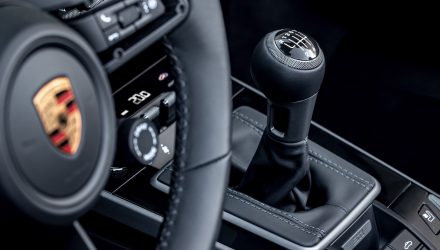 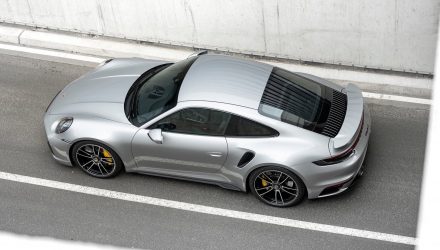