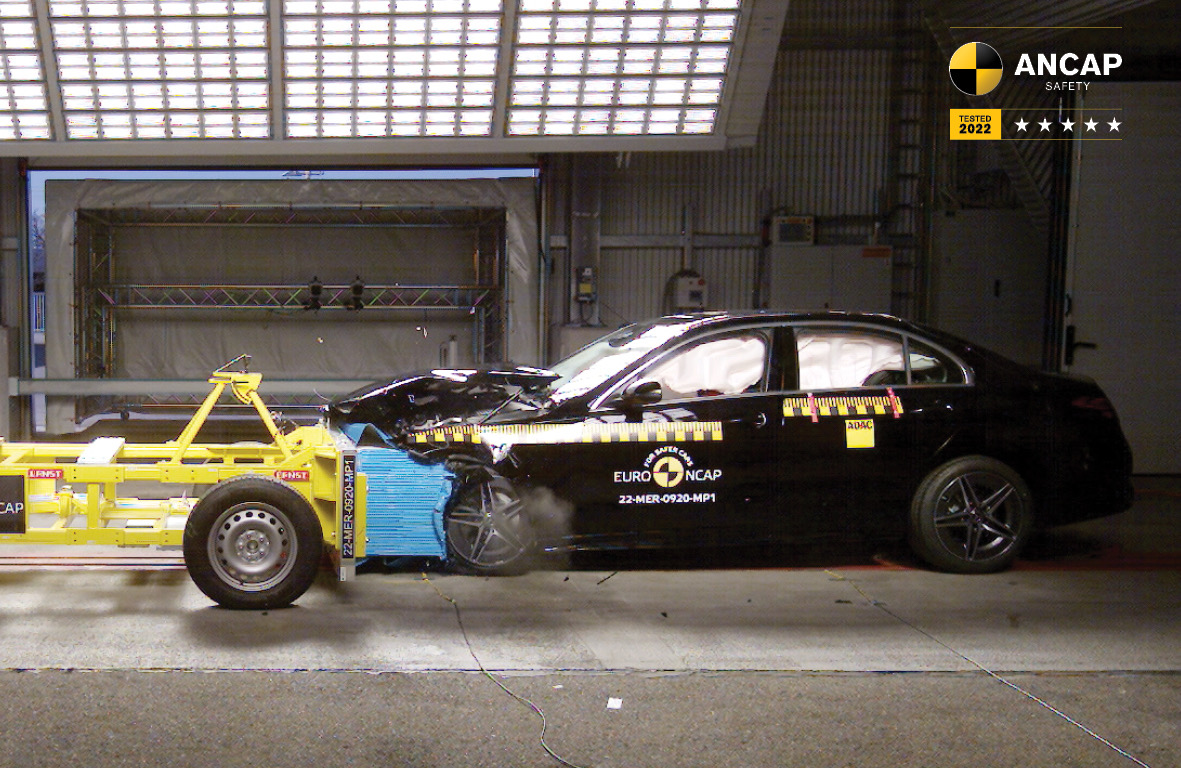 It was always a given, but it’s good to know the new Mercedes-Benz C-Class has just passed the full five-star ANCAP safety credentials, following recent analysis. 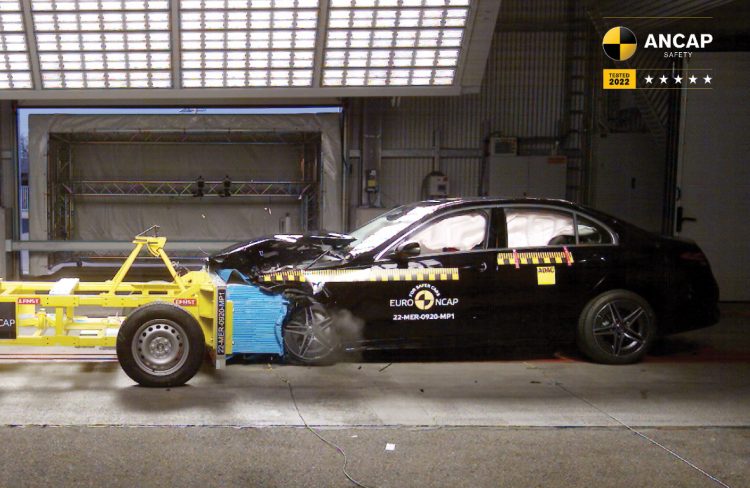 The local division has investigated data from crash tests performed by Euro NCAP and lined up the results with its criteria, finding the new luxury mid-sizer to perform well in all key areas. Although, adequate performance was found in pedestrian-detection tests.

ANCAP said the C-Class showed good levels of performance in autonomous emergency braking tests in car-to-car scenarios, and awarded full points for both driver and passenger protection in full-width frontal crash tests. The latter is the first time a vehicle has been scored full points under the new 2020-2022 protocols.

“The C-Class is the first Mercedes-Benz model to be tested against ANCAP’s 2020-2022 protocols, and it has not disappointed.”

The five-star rating applies to all variants of the C-Class currently on sale in Australia and New Zealand. Check out the video below to see how it performed.