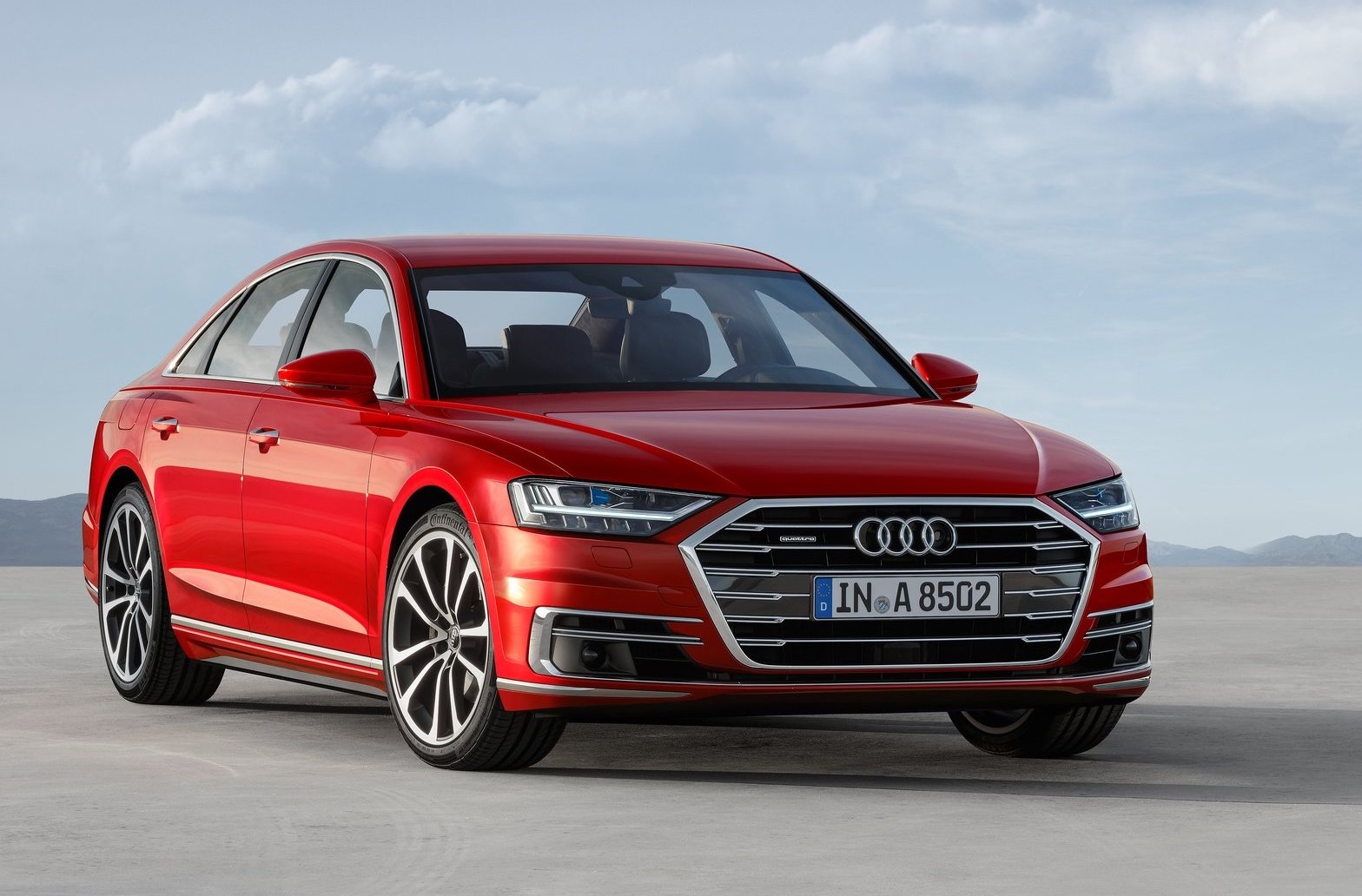 Following a number of teasers and even some spy shots, Audi has now unveiled the all-new A8 large luxury sedan. The new model debuts a number of all-new features and clever driving technologies, while sporting a fresh and sharp new exterior design. 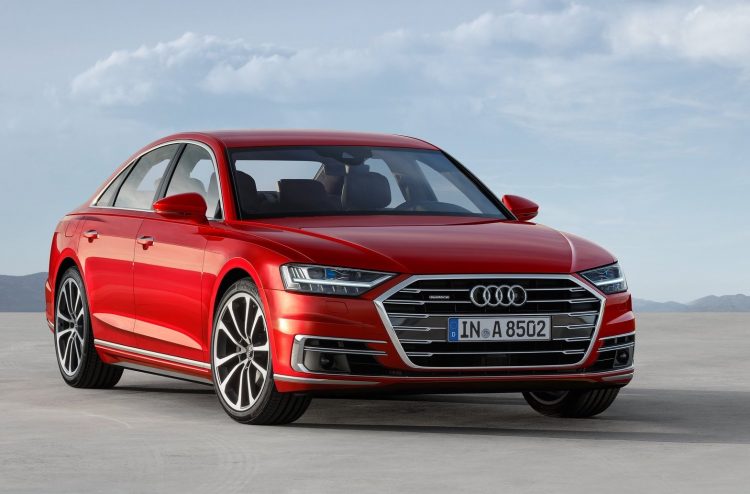 Starting with the design, Audi says it signals a new beginning for the entire brand. At the front is a wide and upright, single-tier grille, HD Matrix LED headlights with laser lighting technology, and some nicely bolstered wheel arches giving it unmistakable presence.

Open the door and you’ll see a smart interior decor that looks like something from a concept car. Audi says it applied a reductive design philosophy to the decor, with very few buttons or exposed controls, and a clear horizontal theme for the dash. There’s a 10.1-inch touch-screen media interface, with another display on the centre console for the climate settings.

As for the real clever stuff, it’s the Audi AI traffic jam pilot, which essentially brings autonomous driving functionality to slow-speed traffic conditions, at speeds up to 60km/h. The technology also has the capability of remote parking via the garage pilot system.

All engines are paired with a belt alternator starter and 48-volt electric system. Audi calls it “mild hybrid” technology, and it enables all models to coast along at speed with the engine switched off completely. This, according to Audi, helps to cut 0.7L/100km from fuel consumption.

An A8 L e-tron model will also be launched, combining the 3.0 TFSI with an electric motor system. The plug-in hybrid offers a total of 330kW and 700Nm, with a fully electric driving range of 50km.

The new model will go on sale in the UK in September, with first deliveries commencing by the end of the year. Australian details are yet to be confirmed.