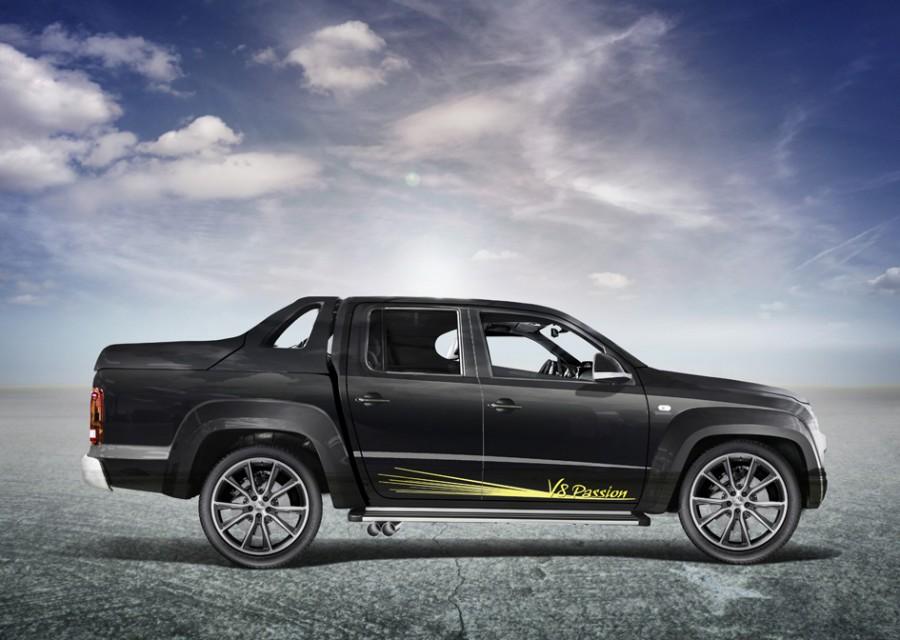 Renowned Audi and Volkswagen tuner MTM has come up with a comprehensive upgrade package for the tough Volkswagen Amarok ute, including giving it a V8 TDI engine conversion. 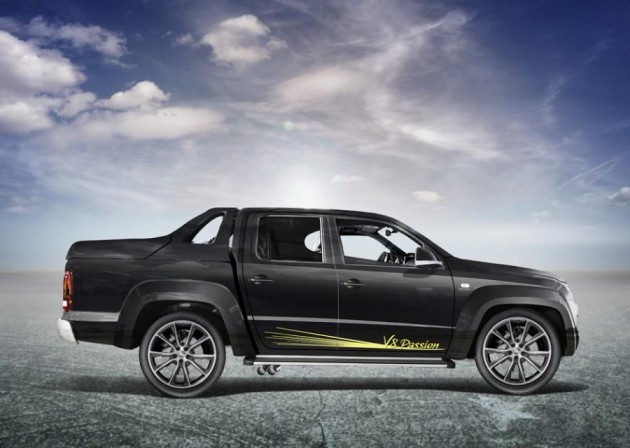 The Amarok is one of the toughest big utes currently on sale. Perhaps its only pitfall is the relatively small (for this segment) 2.0-litre TDI turbo-diesel four-cylinder. Although the engine gets on fine, for a big truck like this it really could do with a 4.2-litre TDI V8.

And that’s exactly what MTM has done. The mighty V8 oil burner from the Touareg is shoehorned into the engine bay. In the Amarok the unit produces 306kW of power and a monstrous 930Nm of torque.

Even though the beast weighs in at over 2000kg, MTM claims a 0-100km/h time of just 6.0 seconds with a top speed of 222km/h. Both of these figures are super impressive for a product that’s designed to be a workhorse.

To ensure the truck can make the most out of the V8 in the corners and so it remains planted at all times, the build project includes a complete rear suspension overhaul with no more leaf springs. Instead, there’s a Panhard rod setup with air springs and some disc brakes.

MTM has made some styling enhancements as well, with 22-inch BBS SV alloy wheels, special decals, a sporty roll bar in the tray, and a set of uprated brakes with 405mm front discs.

This is the perfect transformation package for those who love the Amarok but would prefer more shove in the engine department.

The cool conversion will make its public debut at the 2014 Geneva Motor Show on March 6.