Chevrolet has unveiled its new 2013 NASCAR based on the upcoming Chevrolet SS sedan. The racer also gives us a first glimpse of the 2013 Holden VF Commodore. 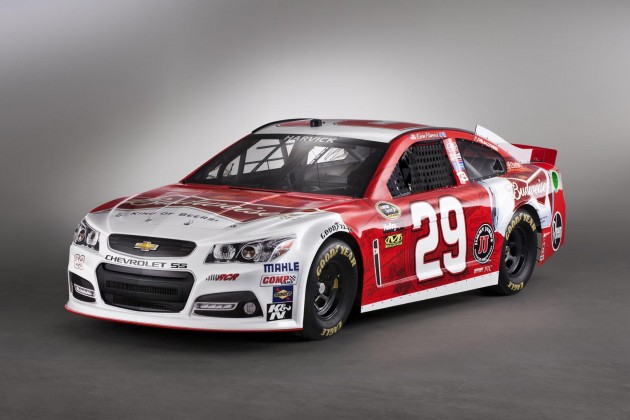 Chevrolet will unveil its new road-going SS sedan at the North American International Auto Show in Detroit in January, before it goes into production for the US market in late-2013/early-2014. The car will be the first Chevrolet rear-wheel drive sedan in 17 years.

The SS uses the same global platform that will underpin the next-gen, VF Commodore, sharing the fundamental chassis components and a majority of the panel designs. The Holden VF Commodore is set to go on sale in April next year.

Although the NASCAR is heavily modified, featuring just two doors for starters, different panels, plastic windows, and a completely stripped out interior, the face of the car does give us a hint at what the new Commodore could look like.

There’s new elongated headlights which rise up into a set of thinner front guards, a large front grille with a big ‘mouth’-like opening lower down, and a pair of LED lights in the corner fog light clusters. 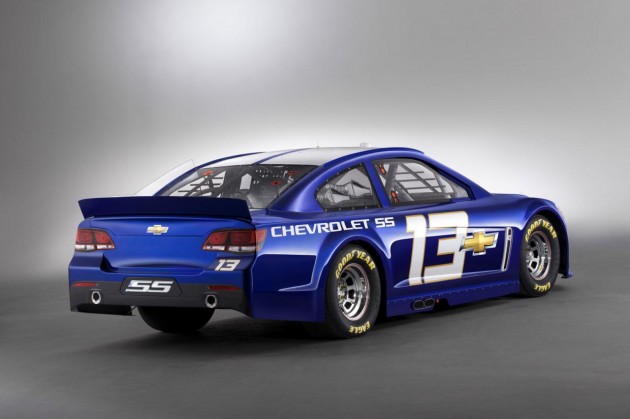 The back is fairly squared off on the NASCAR to assist with high-speed aerodynamics. You do get a glimpse of the taillight design though.

Various aspects of the SS sedan, such as the grille and minor fixtures and fittings, could be altered slightly for the local Commodore. The overall shape will be pretty much identical.

As for the NASCAR itself, Chevrolet hasn’t provided much in the way of mechanical specifications. It is powered by a small block V8, of course, with power going to the rear wheels. Mark Reuss, GM North America president, recently spoke about the car, saying,

“With the SS, Chevrolet is delivering a true rear-wheel-drive NASCAR race car that is very closely linked to the performance sedan that will be available for sale, ensuring that our most loyal enthusiasts will have the opportunity to experience the same thrill every day on the open road that our race car drivers enjoy on the track on race day.”