On looks alone, the 2012 Kia Cerato Koup SLS will win you over. Step inside, and you think, ‘hmm, not bad for a relatively inexpensive sporty two-door’. In our short time with the Kia Koup, we have come away scratching our heads, as there are a some other serious contenders in the Koup’s price range ($26,990). 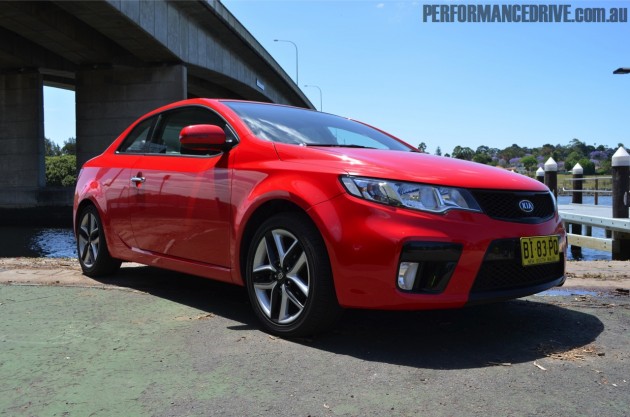 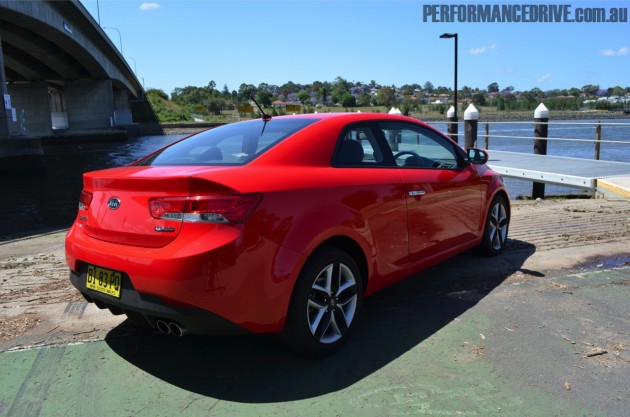 You can’t help but feel a tad ‘hip’ stepping into the 2012 Kia Cerato Koup SLS. It seems like one of those Korean cars you don’t have to defend for, or be afraid of showing to your friends – it’s just cool. On looks anyway.

It comes with 2.0-litre four-cylinder naturally aspirated engine, offering 115kW and 194Nm. It’s beefy and always has decent power reserves for sifting through traffic. It does tend to die a smidgen at the sight of a hill though – this could be down to the gear ratios not being ideal for Australian roads.

Handling-wise, the steering off dead centre does feel a bit numb for about an eighth of a turn as you start to come to a bend, but the compact 2012 Kia Cerato Koup SLS is fairly capable in the corners. It even changes direction quite well. It’s just driving in an up-beat, spirited manner seems like hard work. 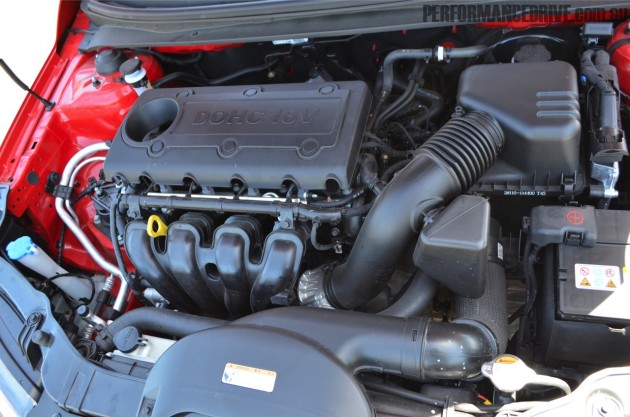 Gearshift feel in the 2012 Kia Cerato Koup SLS is something Kia could have spent more time on. It feels a tad ‘80s in refinement. You sometimes aren’t even sure if the gear is engaged. Perhaps Kia should have a chat with someone from the German manufacturers about their skill in obtaining shifting finesse – often people buy a manual because they want to feel in control, and if the shift feels not-so-good, it can tarnish the overall driving experience.

The brakes do a good job of pulling up the Kia Koup’s 1288kg of mass and seem to keep plenty of pedal in reserve – they’re ideal for rocking up to cafes and brassieres just fine.

The 2012 Kia Cerato Koup is useful at making you feel trendy, but it’s not as sporty to drive as it is to look at. In that sense, we were a touch disappointed. 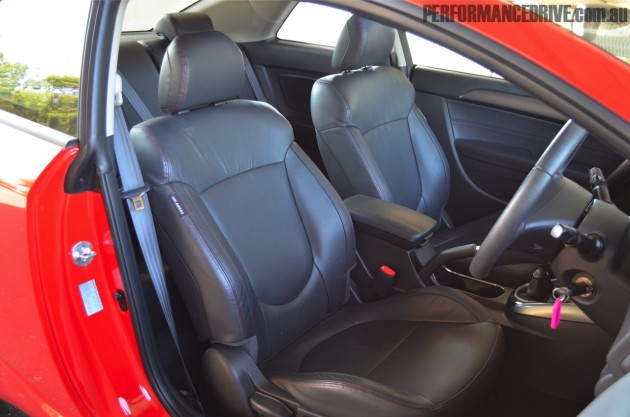 If you’re a small-ish person, that is, around 160cm and under, you’ll be right at home in the 2012 Kia Cerato Koup SLS, with the seats giving you ample comfort, and arm and legroom. For a tall person, it’s like someone shrunk the Kia Koup in the dryer by accident – everything feels almost uncomfortably small for larger types. We even found opening the sunroof helped (almost giraffe-like with your head sitting up in the open space).

The back seat should be labelled ‘for kids only’. You’ll really have trouble fitting any adult friends in there. Boot space, however, seems to be where all the room went. There’s tonnes of space for a pram and a few shopping bags.

Dash controls for climate control and the radio are very easy to unearth and operate in the 2012 Kia Cerato Koup SLS. The USB connection does allow you to search through your music on the factory stereo, and even provides quite a punch of sound. There is steering wheel mounted controls for the track/station select and volume controls, for added safety and convenience.

Overall, the trim is quite well done for a car in this price bracket. While it’d be nice if it felt a little more sporty, and had a touch more space, you can’t say that it isn’t well-equipped with gadgets and goodies, such as a sunroof, power windows, USB input stereo. 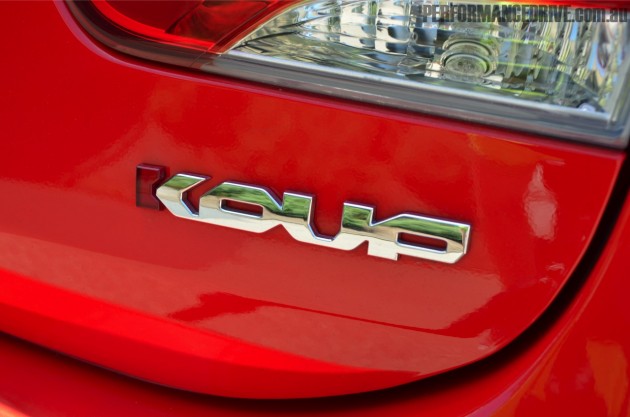 For another $800 you could buy a new Volkswagen Polo GTI. Considering the awards the Polo has taken out around the world, it’s a much better overall package, with a higher level of performance. That said, the 2012 Kia Cerato Koup SLS is something a little different and it comes packed with all the equipment you need – and not as optional extras like some of the rivals. It’s also great looking and could be mistaken for a much more up-market product.

One thing seems clear though, as sporty as the Kia Koup looks, it’s not about being ‘performance’ but about being modern and unique, bringing something fresh to the market, and for that, the Kia passes with flying colours.

If you’re after super-engaging handling characteristics and grin-inducing acceleration though, we recommend test driving some of its rivals: Volkswagen Polo GTI, Fiat 500, and the Hyundai Veloster which will hit the market in the first quarter of 2012. 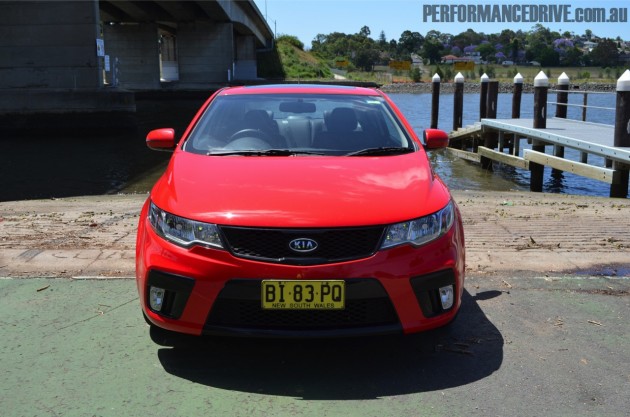