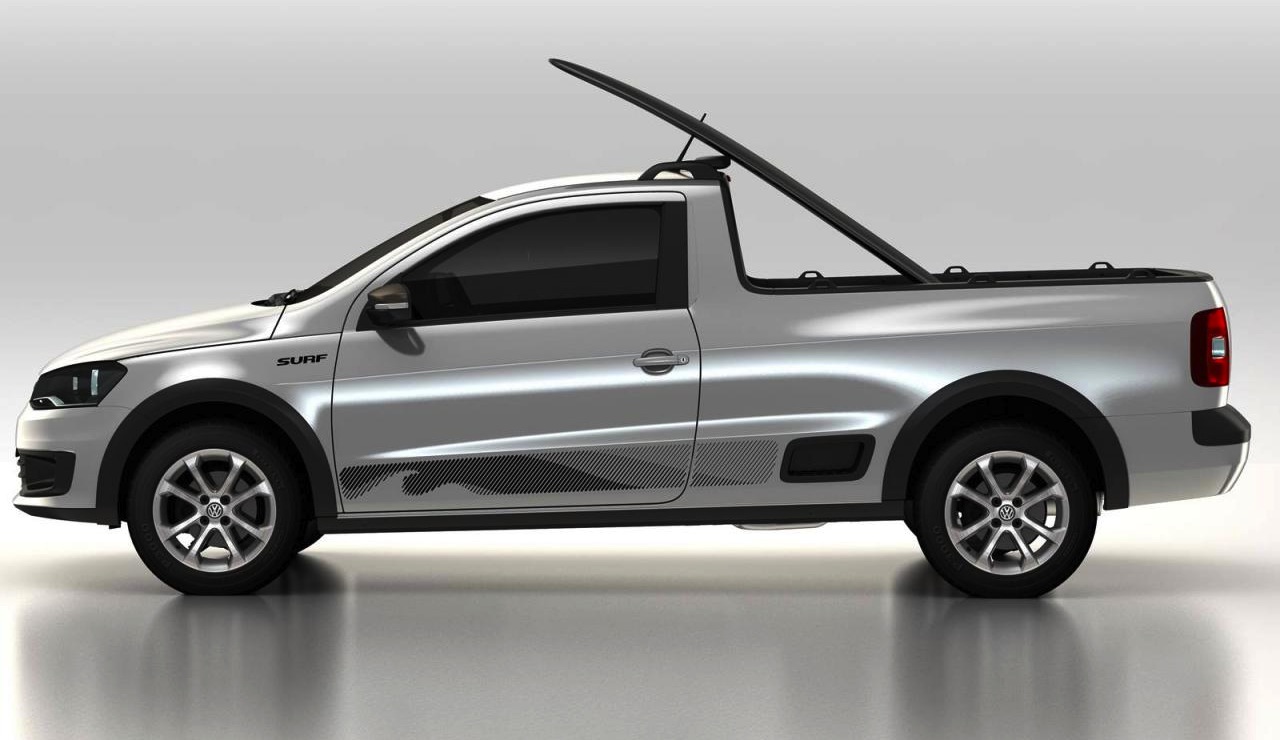 Volkswagen has unveiled a sporty new concept that will debut at the Sao Paulo Motor Show later this month, called the Saveiro Surf. 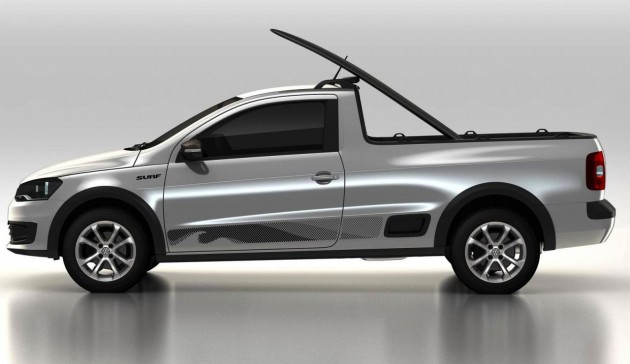 As the name suggests, the concept is inspired by active motorists that enjoying surfing. It’s based on the same platform that underpins the Volkswagen Fox (not sold in Australia), featuring a ute rear end instead of the usual hatch layout.

The front end showcases VW’s current design language with a GTI-style honeycomb grille, LED-equipped headlights, and some chrome trimming to give it a premium look. From there, things go for a more rugged theme.

There’s some black plastic wheel arch extensions to protect the body from dirt spray, with a wave decal running along the sides to tie in its surfing character. A set of 15-inch alloy wheels complete the look.

As for the back, it’s a convention ute layout, offering a small but practical tray which could be ideal for carrying things such as a surf board. A roof bar is fitted up to secure loose items.

Under the bonnet lies a 1.6-litre four-cylinder engine producing 74kW. The engine is also capable of running on ethanol, where it produces 76kW. Either way, it’s matched up to a five-speed manual transmission with front-wheel drive.

A production vehicle is likely to be inspired by the Surf, however, it will probably be developed for specific markets such as Brazil. More details will be revealed at the motor show which kicks off on October 30.