Remember the Ford Mustang F-35 Lockheed Martin Lightning II edition previewed a couple of weeks ago? Ford has now finished the product and is ready to show it off. 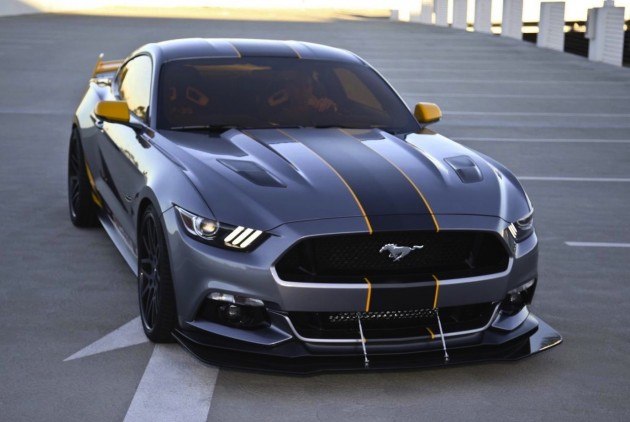 Based on the 2015 model, this could be one of the very first new Mustangs to be upgraded. It features a distinct F-35 Lightning II colour scheme, with various aero enhancements.

At the front is a hard-to-miss carbon fibre splitter system with special race-like struts holding it in place, as well as some new side skirts, and a big wing at the back. There’s also a chunky diffuser underneath. 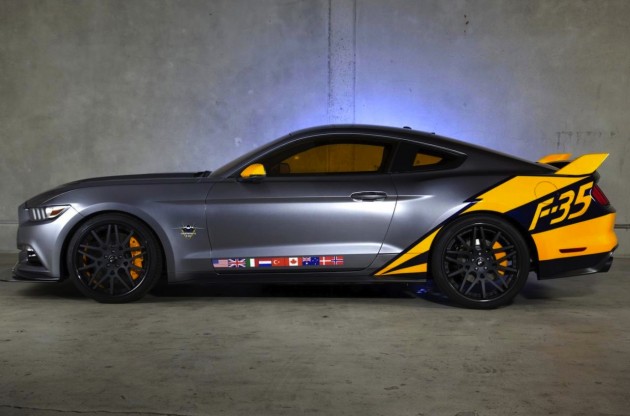 Although no engine performance modifications are mentioned, the Mustang does get some pretty heavy-duty upgraded brakes hiding behind a set of mesh-style dark alloy wheels, lightweight Recaro bucket seats, and additional gauges in the cabin.

Ford is planning to auction the project car off at the Gathering of Eagles charity event at the EAA (Experimental Aircraft Association) AirVenture on July 31.