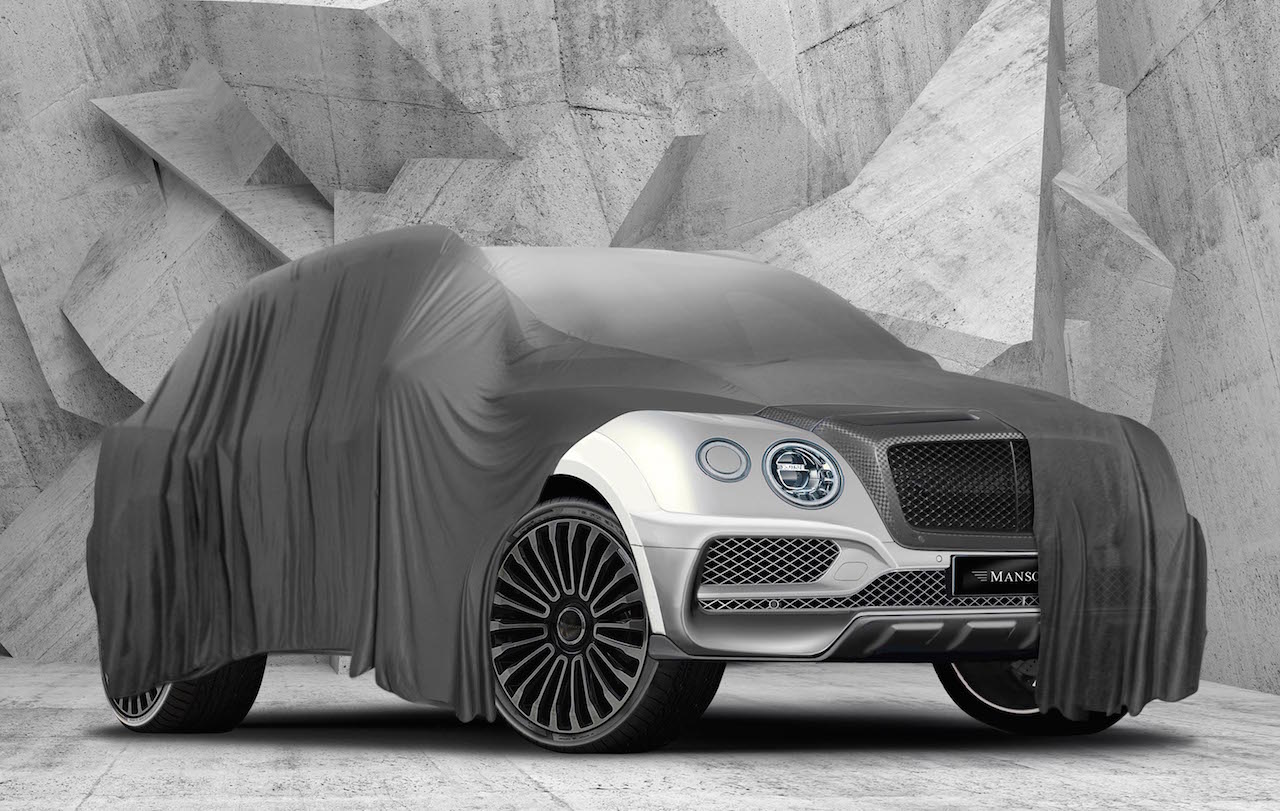 Of course Mansory is going to be the first aftermarket company to develop an enhancement kit for the new Bentley Bentayga SUV. It has just released a sneak peek of what it plans. 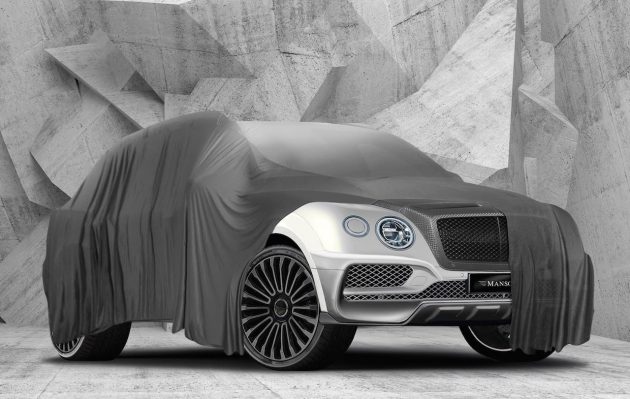 Mansory is known for its flamboyant and often over-the-top packages for only the highest of high-end vehicles. And for the Bentayga, it’s going to be no different. The company is planning a full cosmetic and performance makeover.

The gist of it, so far, includes an “extensive” bodykit, which you can already see parts of at the front end, with a new front bumper bar and grille treatment. There’s also going to be a new bonnet, made from carbon fibre, just like most of the other panels.

Mansory confirms the package will include XXL lightweight alloy wheels measuring a massive 23 inches. These, coated in black, will certainly help boost the Bentayga’s already-enormous presence on the road.

On the inside, the big Bentley doesn’t necessarily need any form of enhancement to lift its level of luxury, but Mansory is going ahead and updating it anyway. It’s planning an exclusive carbon fibre trimming package, with “flawless leather”, Alcantara, and exquisite wood highlights.

As for the under-bonnet stuff, Mansory simply says there is going to be a “substantial increase in performance”. We’ll remind you the standard Bentayga comes with a new 6.0-litre twin-turbo W12 engine churning out 447kW and 900Nm. We’d expect to see this bumped up to well above 500kW.

We’ll be sure to update you with more info as soon as this beast is fully unveiled.