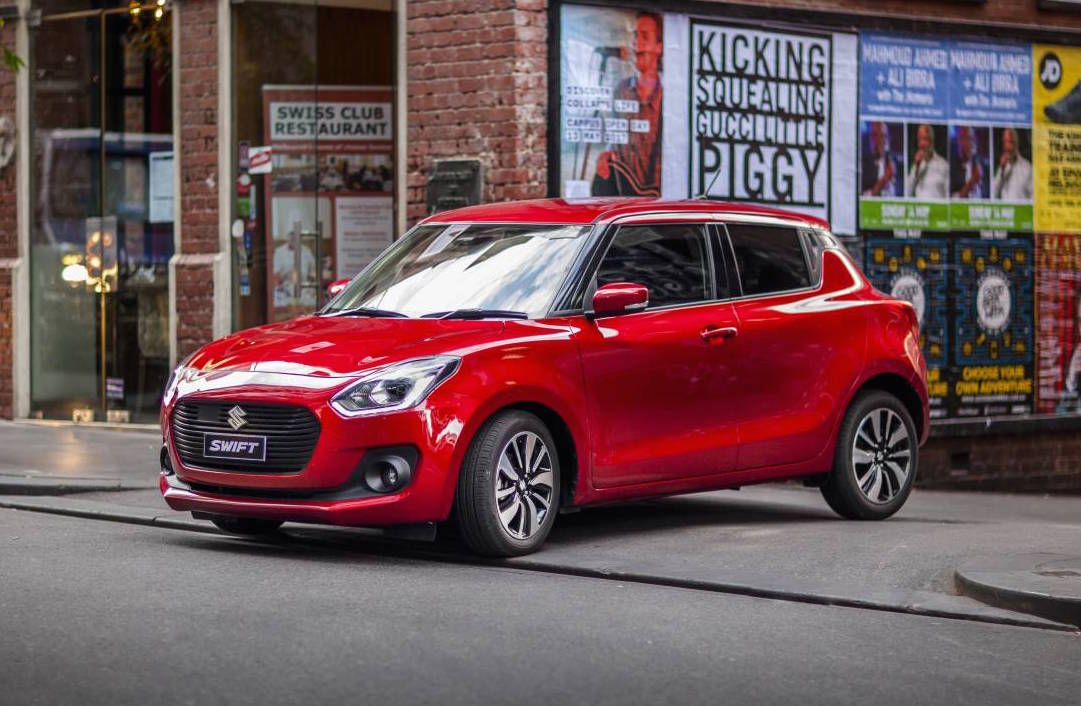 The all-new Suzuki Swift has landed in Australia, bringing a vastly updated design inside and out, new engines, and a new platform for the popular compact car. 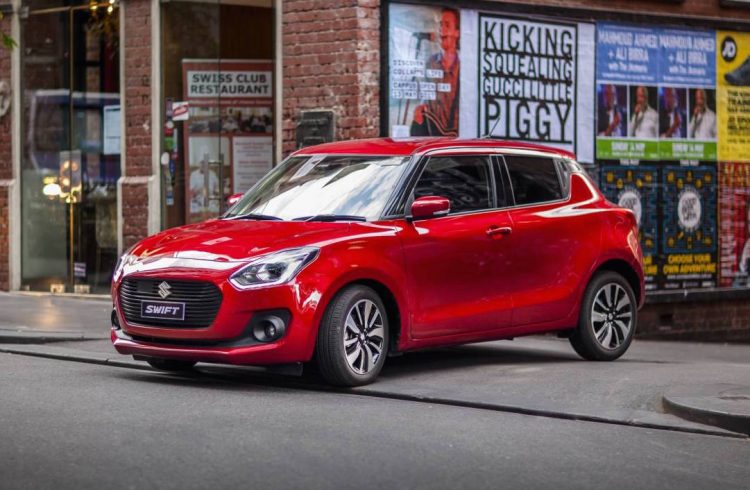 Four main model variants are available in Australia, spanning from the GL, GL with navigation, GL navigation with safety pack, to the top GLX turbo. These are further divided with two engines, and a five-speed manual, CVT auto, and six-speed auto.

The first three variants use a 1.2-litre naturally aspirated four-cylinder engine producing 66kW and 120Nm. In the entry model this is hooked up to a five-speed manual, while the two middle variants use a CVT auto.

At the top of the range, the GLX uses the 1.0-litre turbo three-cylinder found in the Baleno. It produces 82kW and 160Nm, sent through a six-speed automatic. Fuel economy averages span from 4.6L/100km, to 4.8 for the two CVT middle models, and 5.1L/100km for the top turbo.

Boasting the new platform that’s also shared with the recent Baleno and the Ignis, the latest Swift is both very light and very rigid. This means agility and handling is superior compared with the predecessor. In fact, the Swift offers a kerb weight as low as 870kg for the base model, and up to 915kg for the GLX.

Like other new models in the Suzuki showroom, the latest Swift shows off an exceptionally well-equipped specification sheet. As standard all Swifts come with Bluetooth connectivity, at least six airbags, power windows, and cruise control.

In all except the base model there’s a 7.0-inch touch-screen interface with Apple CarPlay and Android Auto, satellite navigation, and a rear-view camera. The top two variants also add adaptive cruise control (amazingly, for this class), along with lane departure warning and autonomous emergency braking.

As for the external dimensions, the new Swift is 10mm shorter than the predecessor in terms of length, and also 40mm wider, but it uses a 20mm longer wheelbase for increased interior space. Boot space is rated at 242 litres, which is up 32 litres on the previous model.

The new model is on sale in Australia now. Head over to our first-drive review here for more information. Prices start from the following (excluding on-road costs):