Hyundai has released an official teaser of the 2013 Hyundai Genesis Coupe, as opposed to the alleged fake image revealed on Saturday. 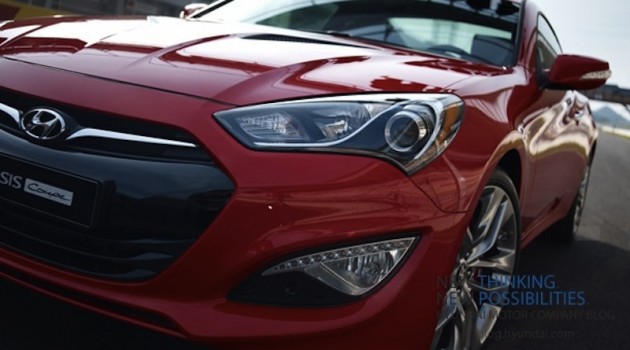 From these official 2013 Hyundai Genesis Coupe images, it appears the previous shots were fairly accurate, whether they were fake or not. The front end features the same darkened cross beam through the centre fascia, while the bonnet is long and flat like a traditional rear-drive sports coupe. 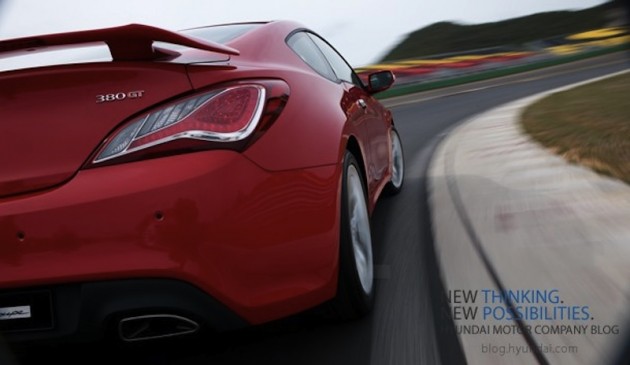 The rear showcases a similarly flowing design as the front, with modern taillights also featuring a kink through the middle. The rear guards also look slightly bulged and swoop around to meet up with a thick rear bumper bar layout.

No other details or specifications have been released with these images, so we’ll have to wait until next year for the official unveiling. It’s set to take place at the 2012 North American Auto Show in Detroit, starting January 9.

As far as possible engine specifications go, the 2013 Hyundai Genesis Coupe could feature three potential engine options; a 2.0-litre turbo developing 204kW; a 3.8-litre V6 (likely, judging by the ‘380GT’ badge on the back) developing around 248kW, and a rumoured supercharged V6 with up to 298kW.

The 2013 Hyundai Genesis Coupe has been confirmed to go on sale in Australia at some point. Stay tuned for official word.