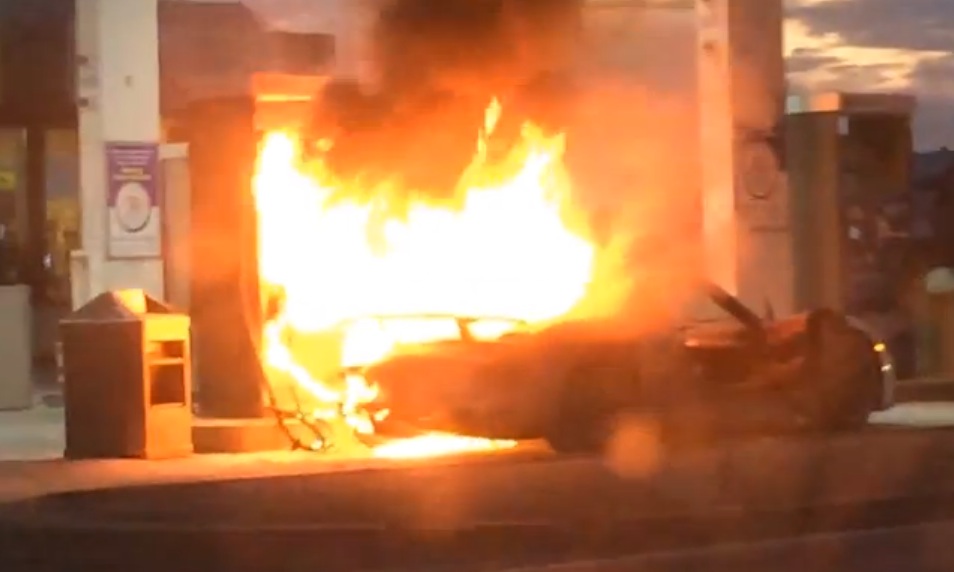 A spanking new Porsche 918 Spyder went up in flames on the weekend, at a petrol station in Canada. The official cause of the fire is unknown but it was quite large, engulfing and ruining the entire car. 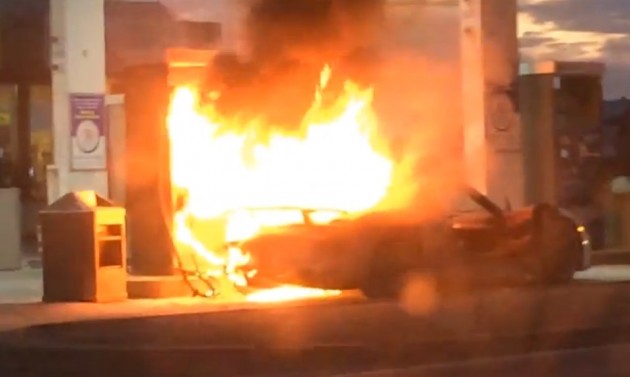 We’ve all seen it before. It’s almost a prerequisite before any car can be classed as a true supercar; there needs to be incidents of spontaneous combustion. That’s just the way it is.

Porsche was under heavy scrutiny earlier this year after various 911 GT3s caught fire due to an engine build issue. An official recall had to be issued while Porsche engineers sourced and then rectified the problem.

In the case of the 918, this is only the first time an example has gone up in flames in public. Some reports say the fire started when the owner was filling it up with fuel, which leads many to believe there could have been an issue with the bowser rather than the Porsche.

To remind you, the 918 comes with a very complex hybrid powertrain incorporating a 4.6-litre naturally aspirated V8 and a high-powered electric motor assistance system. Production is limited to just 918 units.

It’s always sad to see a good car go up in flames, let alone an incredible hypercar like the Porsche 918. Let’s just hope more of these fires don’t break out otherwise Porsche will have some explaining to do. Porsche has since sent out a statement regarding this incident, saying,

“Porsche is very concerned but cannot comment as we have no other source of information except these media reports at this time. We are first and foremost happy that apparently no injuries and other damage have resulted from the incident as reported. Porsche is prepared to bring its technical resources to help all authorities who are investigating the matter.”

Click play below to see the 918 up in flames. Nobody has been reported injured.