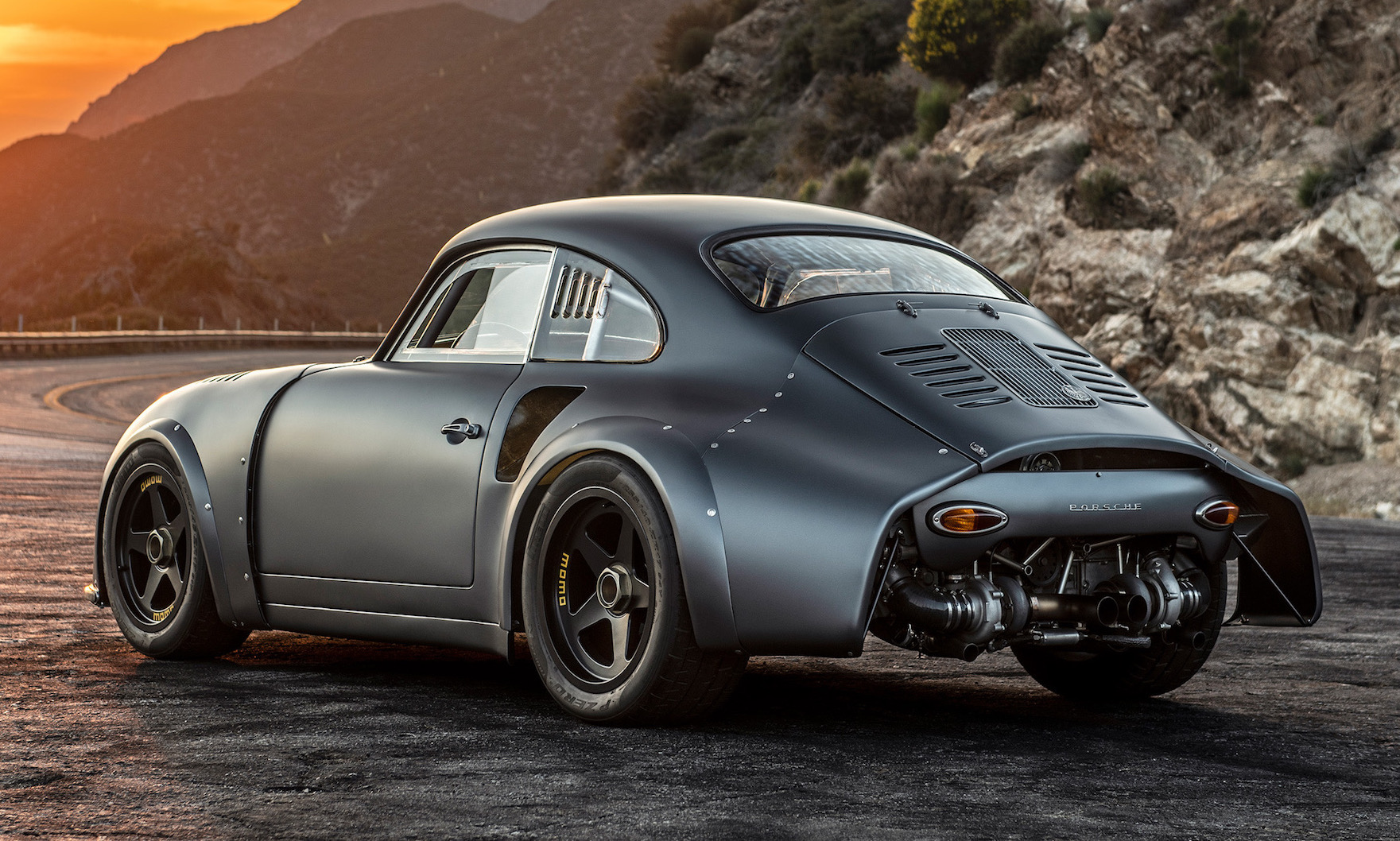 Now here’s an interesting build. You might not recognise it, but underneath this matt black beast is a humble 356. It’s a project by Emory Motorsports in the US, called, fittingly, the 356 RSR. 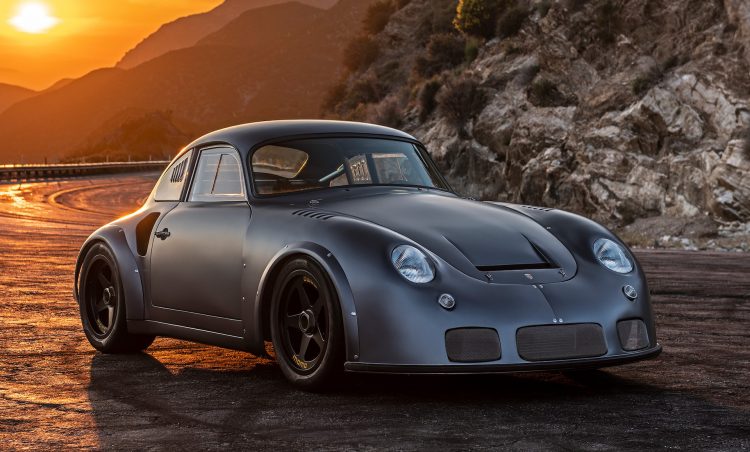 Starting with a 1960 356 B coupe, which looked just about ready for the dump, Emory Motorsports refurbished the body and then mated it to a 1990 964-series Carrera 2 chassis. This helped to make way for a range of modern and high-performance components. 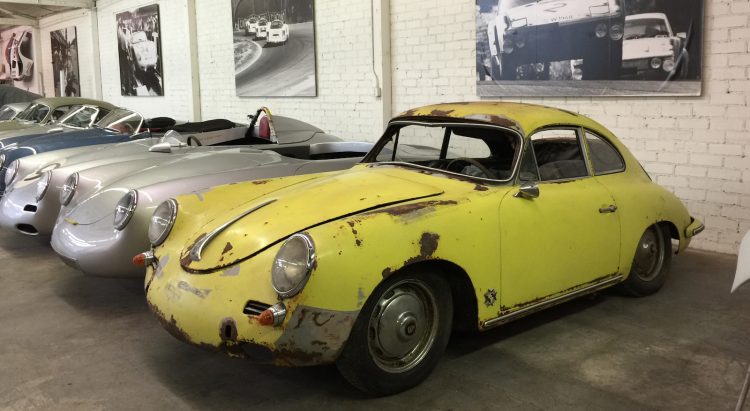 For example, the factory suspension was replaced by a full KW coilover package providing full adjustment. The wheels and tyres are larger to accommodate 964 brakes, and the original engine was removed and in its place a custom-made twin-turbo unit.

The engine was a custom build by Rothsport Racing, using a 964 flat-six as a base. However, two of the cylinders were chopped off, which meant a custom crank and crank case had to be made. Why a four-cylinder? Because that’s what the 356 always used. 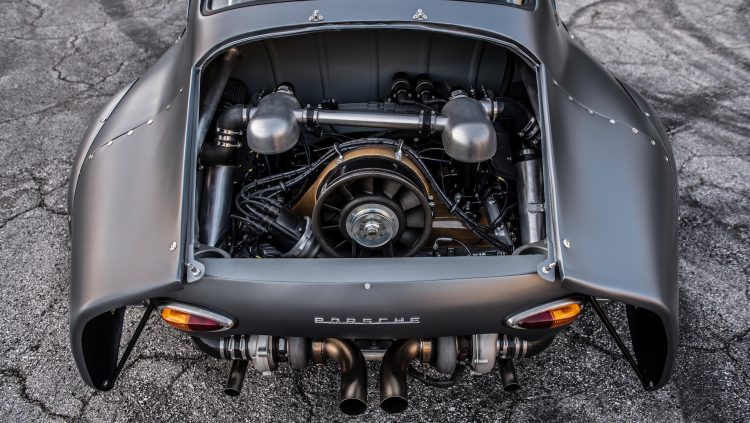 As you can see, there are two Garrett turbochargers literally dangling out from the back. In this fashion, the 356 RSR takes some inspiration from the classic Porsche 935 racing cars which also featured a turbocharger hanging from the rear end. The end result is “near-400hp” according to Emory Motorsport.

For us, it’s the general character and sinister personality that attracts us most. And the attention to detail. For example, the Momo wheels are custom creations inspired by 935 wheels, complete with centre-lock nuts. The aluminium body is mostly unique as well and some of the panels were hand rolled using traditional methods. And then you get to the interior. 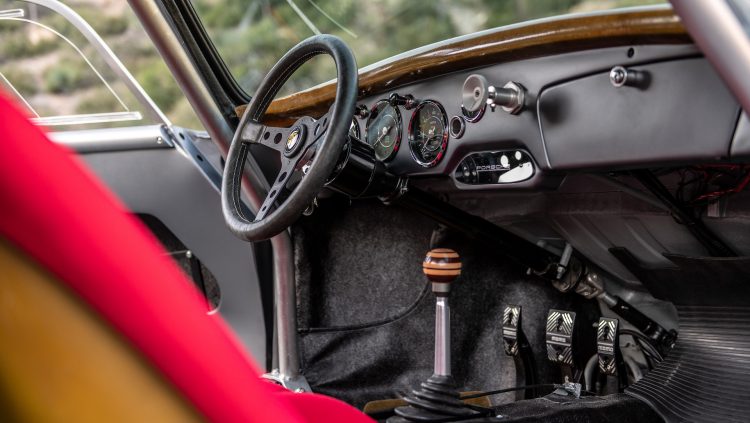 Inside you’ll find a custom pedal board made from amber fibreglass, with period-correct instrument dials on the dash and even a knurled boost control knob from a 935. There’s also custom bucket seats wrapped in a Nomex-style material, inspired by the material used in the 908 racing car, along with an integrated roll cage to improve safety and rigidity.

Obviously this kind of build isn’t made over a weekend, and it doesn’t come cheap. But even so, it is one of the toughest 356 projects we’ve ever seen. If you have the money and some patience, we’re sure Emory Motorsports will build you one just like it.