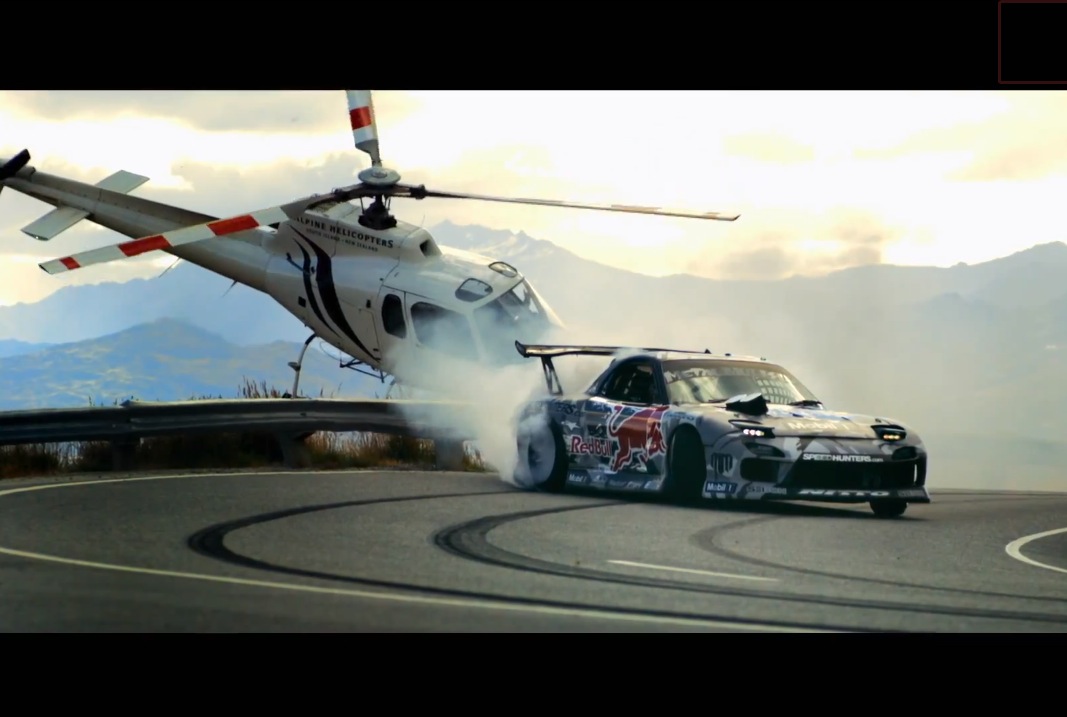 New Zealand drift star Mike Whiddett, also known as Mad Mike, recently drifted up the Crown Range in New Zealand for an epic new drift video for Red Bull. The run was 10.4km in length, incorporating 47 corners, all of which were driven sideways. 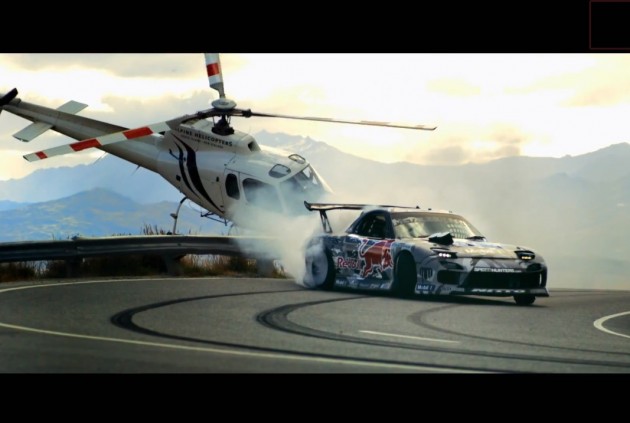 The Crown Range is located in between Queenstown and Wanaka. It is New Zealand’s highest tarmac road, at an elevation of 1076 metres above sea level. In other words, it’s the perfect piece of remote, twisty mountain road to paint huge long black tyre marks on.

The tool used for the job was a heavily modified Mazda RX-7 which uses a quad-rotor rotary engine, similar to the insane Le Mans 787b engine. It produces around 750hp (560kW), and is connected up to a sequential six-speed transmission.

As you can hear in the video, the car sounds truly incredible. It sounds like a two-stroke chainsaw cutting through a megaphone. Mad Mike takes it up to 232km/h during the run, slowing only fractionally after ripping the handbrake and throwing the car sideaways. He spoke about the rare opportunity, saying,

“I think drifters have an innate ability to slip from reality when driving up a road like the Crown Range in normal circumstances. We imagine drifting through the turns, the gear changes, the footwork, the hand brake and of course stomping on the gas. So for me, having the opportunity to get behind the wheel of my machine, push it to the limit and conquer the Crown is a dream turned into a reality.”

If you love Ken Block-style slow-motion drifting footage, with lots of tyre smoke and all kinds of camera angles, this is a must-watch piece of footage.

Click play below to take a look. Check out the size of those flames spitting from the exhaust.