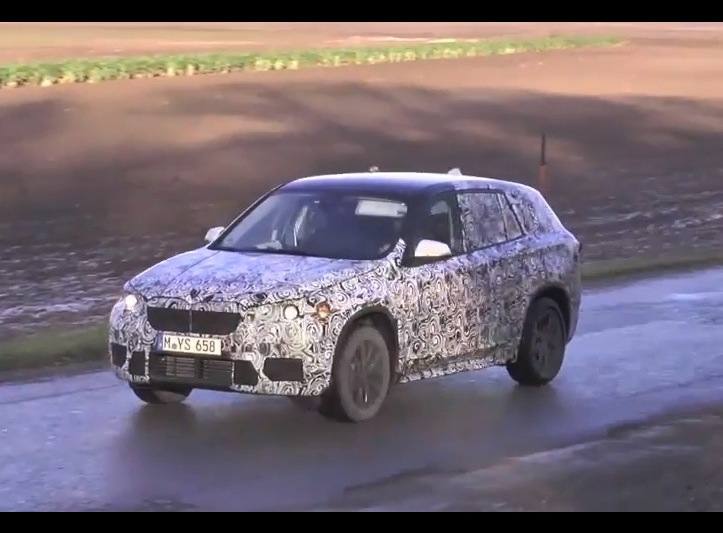 BMW has been spotted testing a prototype version of the next-gen 2015 BMW X1 compact SUV out on the streets in Germany. The new model will be built on the company’s latest UKL1 platform. 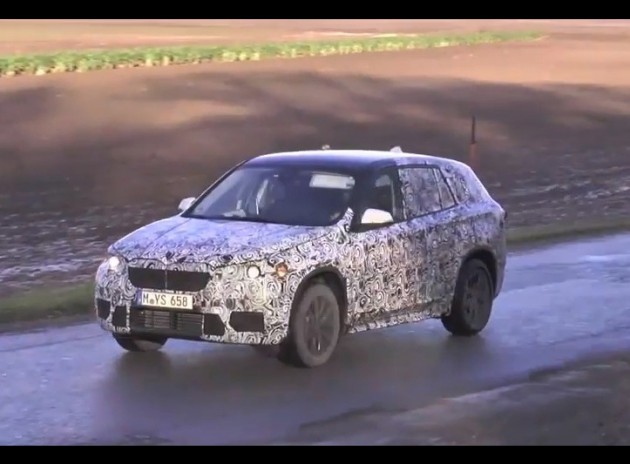 The UKL1 platform is BMW’s first front-wheel drive architecture, debuting on the new MINI just a couple of months ago. With this platform BMW will be able to offer a front-wheel drive variant of the X1 at the lower end of the range – evident by the wheelspin in the video below.

For those that aren’t necessarily in need of four-wheel drive traction, a front-wheel drive model will allow buyers to experience the X1 at a cheaper price point. It also means better fuel efficiency.

Specific details and engine options are yet to be revealed, however, the platform has been developed alongside BMW’s new 1.5-litre turbo three-cylinder engine. The engine is likely to appear in some variants. It produces from 90kW to 165kW.

As for the styling, this prototype is quite heavily camouflaged but you can make out a more prominent face with deeper headlights, a large front grille, and various intake clusters lower down which are expected to adopt the company’s latest design philosophy.

The new model isn’t set to hit showrooms until around 2015, after a public unveiling of some kind later this year.