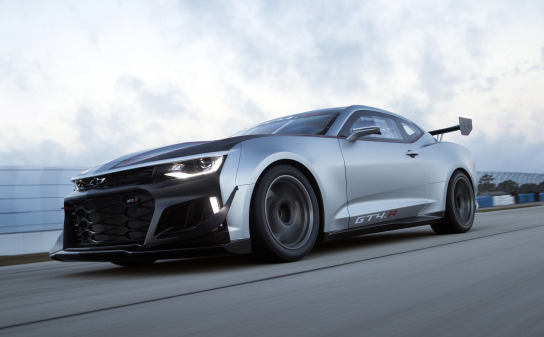 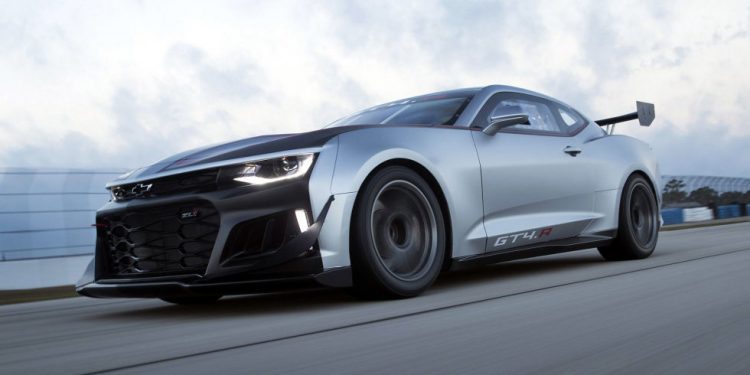 Based on the recently revealed ZL1 1LE road car, the GT4.R does without that car’s 484kW LT4 blown V8, and instead gets a 6.2-litre naturally aspirated unit based on the LT1. Bolted to it is an Xtrac six-speed sequential gearbox, which then travels to a mechanical LSD.

Compared with the 1LE, the aerodynamic package is more aggressive, with a deeper chin spoiler, larger fixed wing spoiler and fins. The front and rear fascias are finished with black warpaint for an angry presence.

The GT4 also gets Ohlins coilover suspension and a Brembo braking package to pull it up before it slices apices.

The first cars will be Blackdog Speed Shop entrants while another competitor will sport Stevenson Motorsports livery.

The GT4.R will make its racing debut at the Pirelli World Challenge at St Petersburg, Florida this coming weekend. What do you think of this racing Camaro? Tell us in the comment section below. 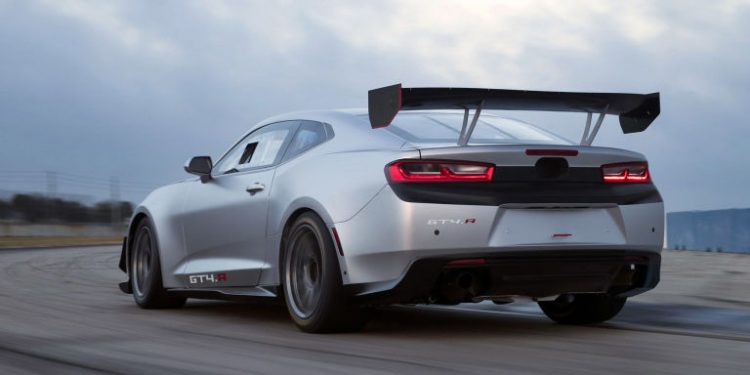