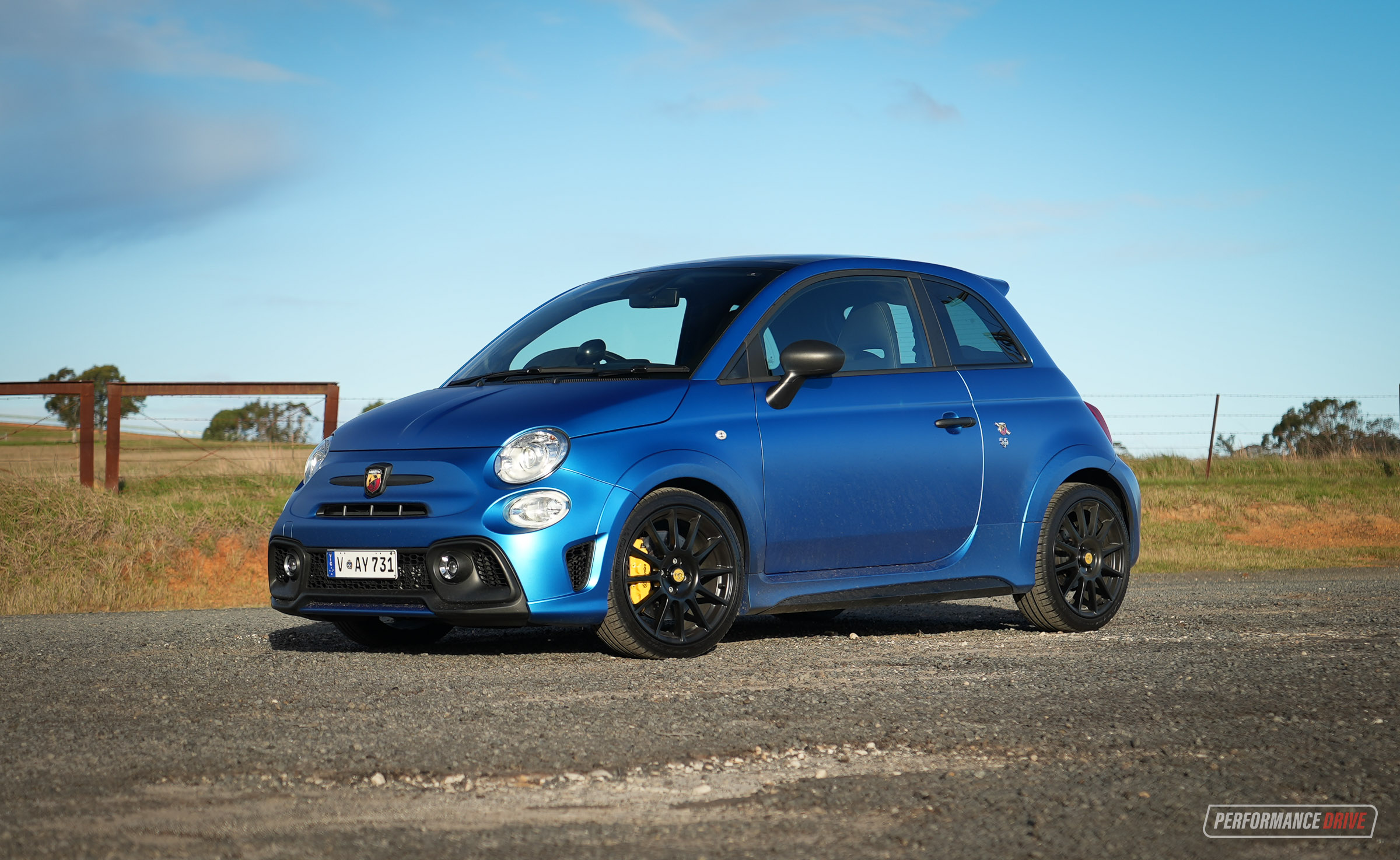 There is something lively and exciting about zipping around in a tiny three-door hatch that only weighs a tonne, like the Abarth 595 Competizione. But it is getting a bit old now. Is it still as playful and youthful as it once was? 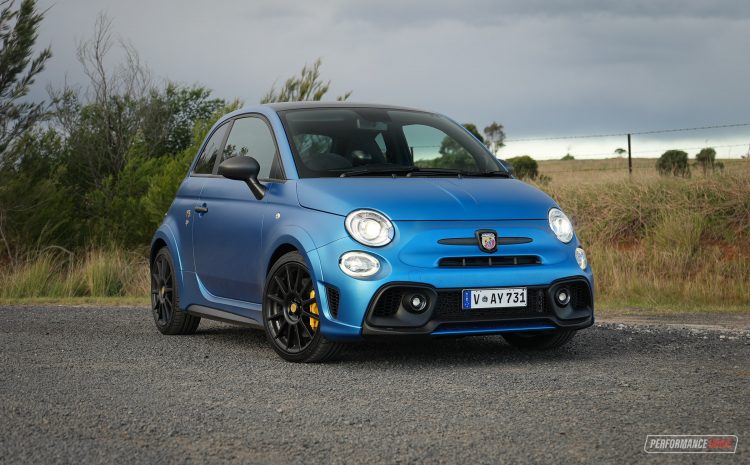 Even though the current generation Fiat 500 has been out since around 2007, it is one of those timeless classics that can do no wrong because of its character and interactive driving experience. The Abarth 595 Competizione goes a step further by bringing in serious performance credentials. It’s available in hatch and convertible form, and with either a manual or automated-manual auto.

The 595 Competizione comes packing a 1.4 turbo that boosts out 132kW of power and 250Nm of torque, with tighter Koni suspension and Brembo brakes adding to its attractive recipe. We’re putting the manual version through the mill, which is priced from $34,250 (plus on-road costs). 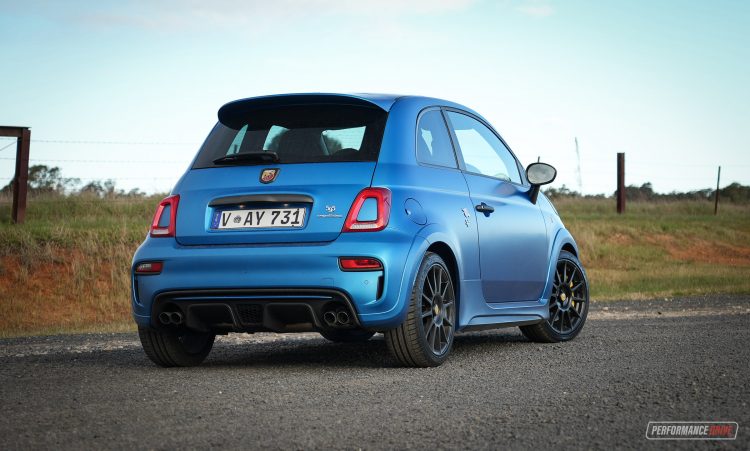 The Abarth 595 is undeniably cute with its rounded front, bug-eyed headlamps, broad lower half, and unique taillights that encase sheet metal. An ageless design. Going for the Competizione adds a sporty body kit, 17-inch black alloy wheels and four tailpipes for an unambiguously athletic flair.

Hop inside and you are presented with more racing-inspired traits like brushed metal foot pedals, a leather/Alcantara and carbon fibre trimmed steering wheel, leather seats, a semi-digital instrument cluster, a turbo boost gauge, and a 7.0-inch infotainment touch-screen. Built in Poland, materials and controls feel premium in quality, but there are some areas that show the car’s age. Things such as the smallish touch-screen. 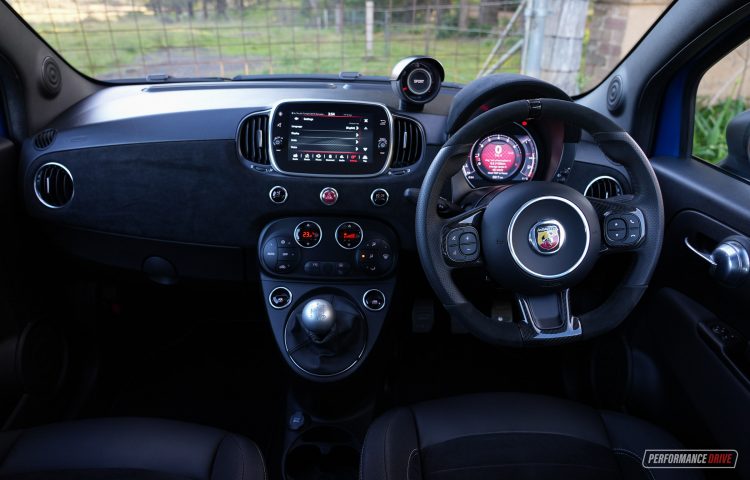 As soon as you lay your eyes on the 595, you’d assume the space inside is tight. It is, but not as tight as you might think. The front seats slide far back into the rear for tall passengers, and being a two-door, the longer doors make entry and exit easy. It’s only the sheer narrowness you feel when you have an adult sitting next to you. As they should be, the sports seats are heavily bucketed with chunky sidewalls to hug your body into place.

You might be deceived by its five-star ANCAP safety rating. But take note, the test was conducted in 2008. Meaning that there are many safety technologies missing that are now standard on almost all other new cars today. Potentially refreshing to those who like a raw, un-interfered driving experience, you don’t get collision warning or mitigation, blind-spot sensors, lane departure warning, lane keeping aid or a reversing camera. 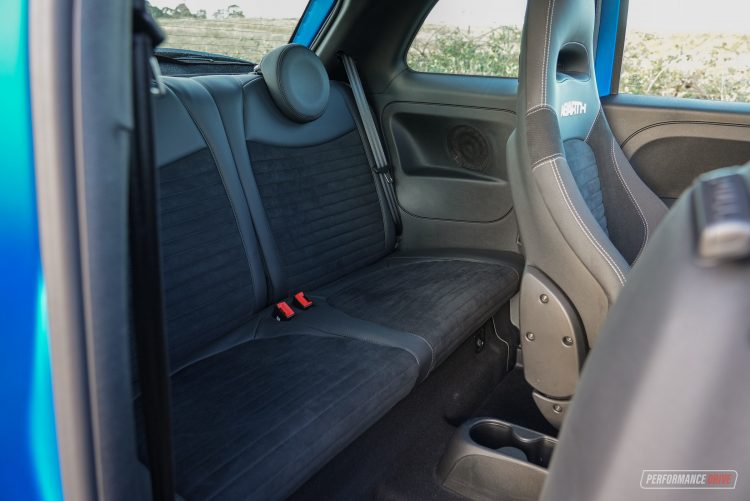 But you do get rear parking sensors, daytime running lights, auto headlamps, rain-sensing wipers, tyre pressure sensors, climate control, digital radio, Bluetooth, Android Auto and Apple CarPlay connectivity. One item we miss though is cruise control, even in its basic form. To add to its character, you can personalise your 595 with a considerable amount of paint customisations.

Boot small is obviously limited. Specifically, it’s limited to 185L in the standard seating layout or up to 550L with the rear seats folded down. We like the hard covers on the backs of the rear seats, which protects the underlying material from scuffing and abrasions.

Warranty is substandard, at only three-years or 150,000km. Though, you receive three years of free roadside assistance, and servicing intervals are long for a hot hatch, at 15,000km or 12 months. 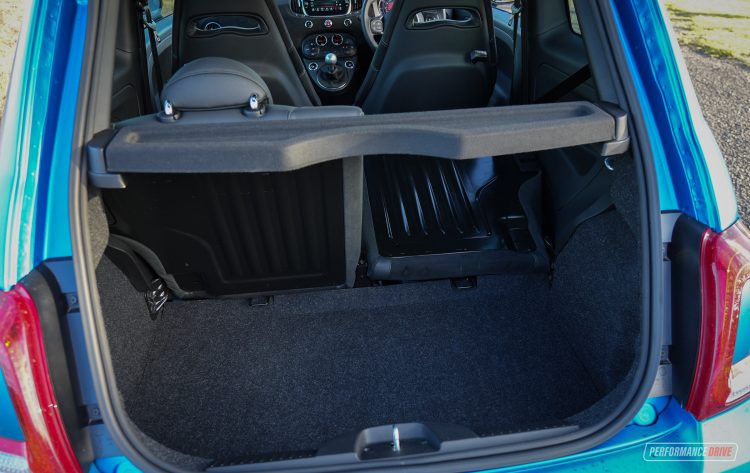 The heat turns up when you turn the key. Yes, a good old-fashioned key – no button. First, you will notice the killer exhaust sound. The sound alone lets you know it’s intentions. Even the turbo turbine sound comes through the exhaust. When driven hard, you get a thunderous snap like a whip cracking. This is made possible with its dual mode “Record Monza” four tailpipe exhaust system.

Power is derived from a 1.4-litre Garrett turbo petrol ‘T-Jet’ engine that delivers 132kW of power and 250Nm of torque. You might think that’s not terribly powerful, but it is when the 595 only weighs 1045kg. In fact, it results in a 0-100km/h acceleration time of just 6.7 seconds (claimed), or 7.03 seconds according to our Vbox. 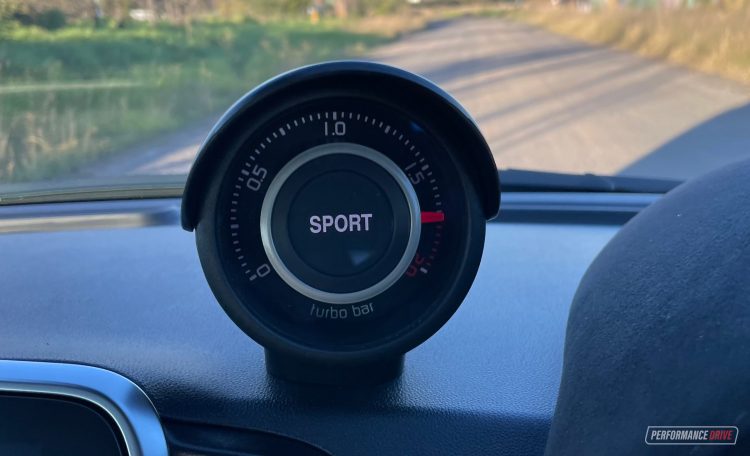 All of this results in a hot hatch that is an absolute hoot to drive. When you put your foot down, you get a rush from its enthusiasm and energy. Its lightweight advantage is enough to give larger muscle cars a run for their money. The engine carries through right up to the limiter and feels happy to be there. There is also a scorpion button on the dash which boosts everything to a performance mode. The on-board turbo boost gauge peaked at around 1.7 bar during our testing (about 25psi).

With the five-speed manual, it definitely amplifies the thrill further with its raw nature. The clutch offers a notably smooth transition, and the five-speed gearbox exhibits no notches through shifts. Though, each throw is not very short. We initially thought why not a more modern six speed? But since you don’t have to change gears that much, your momentum seems to be hindered less with one less gear to shift through. And the final gear is still quite tall, at 3000rpm at 120km/h. 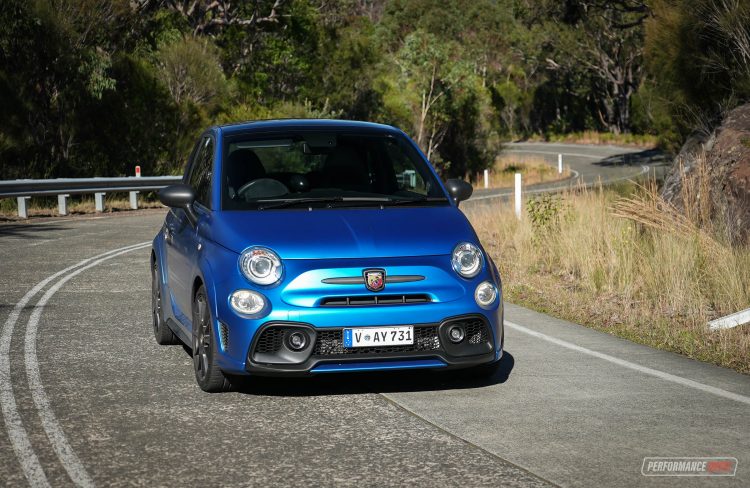 Hot-hatch credentials continue with a Brembo braking system made of four-piston aluminium red mono-block fixed callipers and 305mm ventilated and perforated discs. Even after heavy use, they maintained a quick response and a confident stopping ability.

On the tarmac the 595 Competizione is one planted vehicle to zoom around corners. Thanks to the combination of its lightness and front and rear Koni sports shock absorbers, it feels like its cornering ability is almost limitless. Just another reason why it’s such a fun car to drive. Steering is suitably tight to give off a strong and zippy feel. It’s also surprisingly secure at highway speeds. 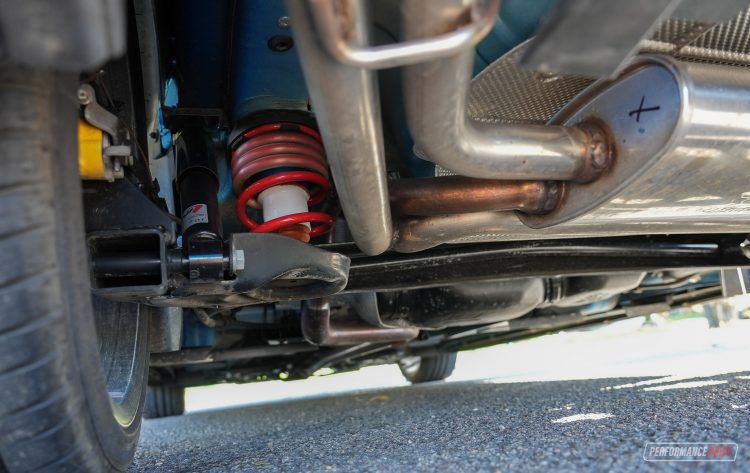 Inevitably, the performance-oriented and short travel suspension means that the ride is firm. If you don’t like the lively bounce over bumps and even smooth bumps, you might prefer another type of car. Road noise is also prominent. The doors and body structure seem to be quite thin, meaning less room for insulation to deaden outside noise.

Even though the 595 Competizione is all for performance, fuel consumption is still important. Considering its sporty credentials, it is frugal thanks to that small capacity engine. Officially, it burns only 6.0L/100km. Our testing over 550km revealed an average of 7.0L/100km. We should note that we drove more on the highway than in the city. And the highways are where it burns more fuel. It also requires a minimum of 95 RON petrol.

The Fiat 500 was already a fun, charismatic, and down-to-earth pocket-sized hatch to drive. But the Abarth 595 Competizione takes it to the next level of thrill with its sparky engine, sports suspension, lightweight body, athletic appearance, and arresting exhaust note. It’s just a pity about the lack of crucial safety tech and overall age.

CONS:
– Misses out on modern safety features, including rear-view camera
– No cruise control, not even basic cruise
– Ride will be too bouncy for some
– Van-like driving position