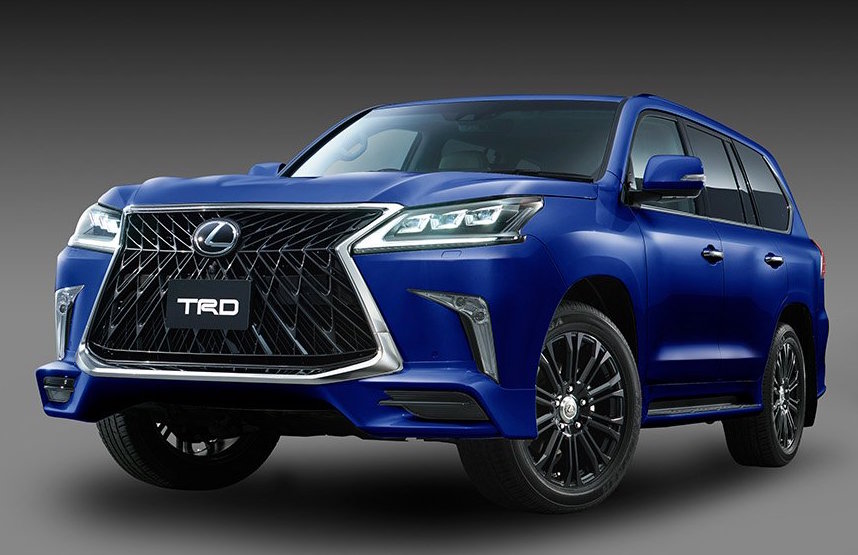 In case the latest Lexus LX 570 doesn’t stand out enough on the road for you, the Japanese company has just announced a sporty TRD bodykit package which might tickle your fancy.

Starting with the… interesting front grille. TRD has developed a bespoke grille piece that fits in place of Lexus’s spindle design, however, it includes a spider web-like mesh design which all stems from the ‘L’ badge in the middle – it’s like the L is the spider.

From there there’s a new front bumper bar skirt extension which meshes up to beneath the grille. It includes a set of fake vent clusters in black to help match the gapping grille, and also helps lower the front end of the SUV for a more sporty stance.

Around towards the rear there is a new skirt extension matching the front, with flares that wrap around to the sides to blend in with the standard integrated side steps. In the middle is a diffuser-like design with special contours, although, we’re not sure how much aerodynamic benefit this would have given the ground clearance on offer.

To complete the visuals TRD offers a set of 21-inch forged alloy wheels, These are of course coated in black, featuring a unique double-spoke design with polished studs and centre cap. As standard the LX 570 uses 20-inch wheels, so for the 21s it’s not much of a difference for the massive Toyota LandCruiser-based SUV.

It’s unknown if there are any performance modifications under the bonnet. In standard form the LX 570 comes with a 5.7-litre naturally aspirated V8 churning out 270kW of power and 530Nm of torque. We’ve timed 0-100km/h in a respectable 9.38 seconds. This V8 is bespoke to the Lexus, with the Toyota version using a 4.6L producing 227kW.

It’s believed the TRD pack is currently being offered in select markets only, including Japan.