SUVs are the hottest car segment of choice, and have been for a while now. Combined with utes, the segment now makes up more than two thirds of new car sales in any given month, delivering a death blow to the sedan segment. SUVs come in all shapes and sizes, and seems to be the class where manufacturers are focusing all their attention. So, what’s out there for the Aussie motorist?

SAVE ON A NEW SUV

This is the closest thing you can get to an electric SUV from Porsche, until...

Some more bits and pieces of the highly-anticipated and hugely-rumoured 2022 Toyota LandCruiser 300 Series...

MG’s first plug-in hybrid vehicle has touched down in Australia, based on the MG HS....

Hardcore 4×4 fans will be interested to hear Mercedes-Benz Australia is introducing the 2021 G-Class...

Audi Australia has confirmed details and prices for the 2021 SQ5 TDI diesel, which is...

Yep, a supercharged V8 Land Rover Defender has arrived, called the P525. Is this the...

The 2022 Lexus NX has leaked online, revealing the complete exterior and interior design. A... 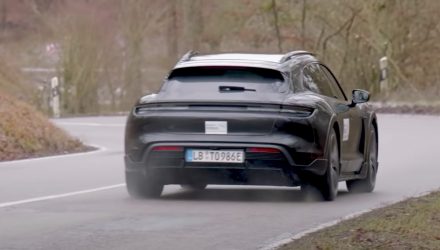 Can’t wait for a fully electric SUV from Porsche? Perhaps the next-gen Macan, which will... 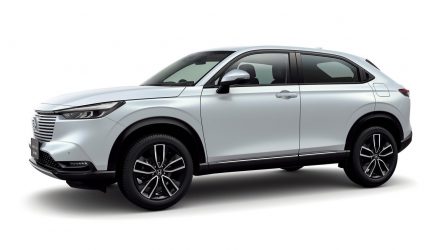 It doesn’t really look like a Honda, does it? Especially that front grille. Well it... 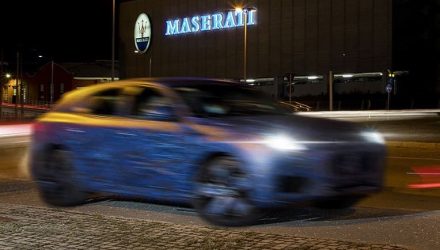 There’s a new Maserati SUV on the horizon, called the Grecale, which is set to...

If you’re looking to buy a new SUV in Australia, we can help you get a great deal! Thanks to our relationships with and access to a nation-wide network of car dealers, we are able to offer an online car buying service that is simple and easy to use, and which will save you money.

It’s easy to become overwhelmed if you’re on the prowl for a new small SUV...

The market is flooded with 7-seat SUVs at the moment, it’s hard to know which...

Kia has certainly been proving itself as the brand to buy in recent times. The... 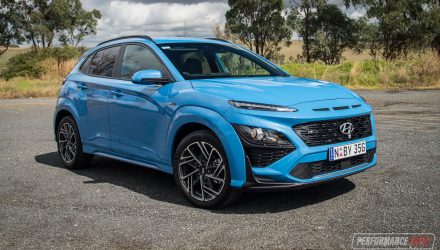 One of the most popular small SUVs on the Australian new car market has just...

The Prado is Australia’s best-selling large SUV, and for the 2021 model update, Toyota has... 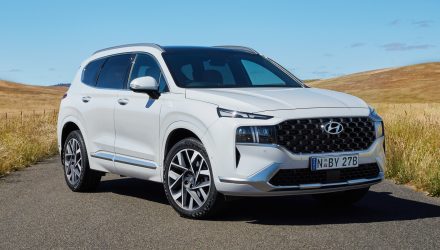 Hyundai Australia is on a product overhaul onslaught at the moment, reeling out new models... 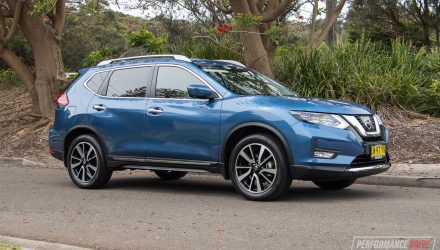 Nissan has fermented a fine success story in the medium-size SUV market. Over the years,... 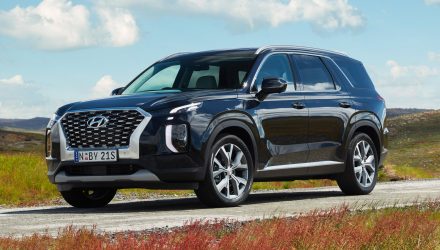 You might be thinking, why is Hyundai Australia launching the Palisade when it already offers...

Standing at the top of the SUV kingdom, like a lion among a herd of...

It’s easy to become overwhelmed if you’re on the prowl for a new small SUV... 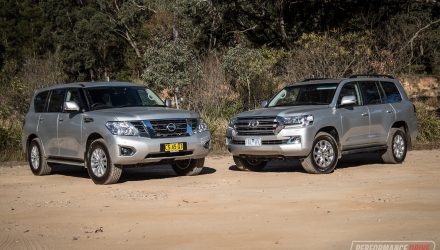 SPECS PACKAGE DRIVE VERDICT These two have been battling it out for decades. Originally, they... 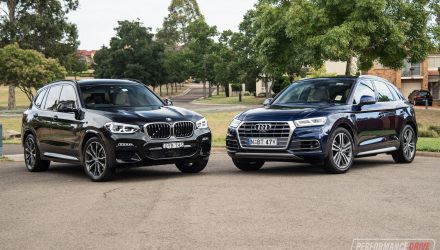 SPECS PACKAGE DRIVE VERDICT If you’re in the market for a powerful yet fuel efficient... 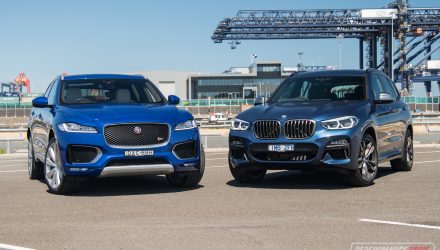 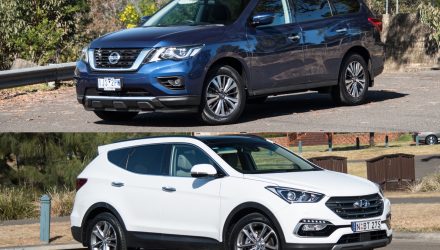 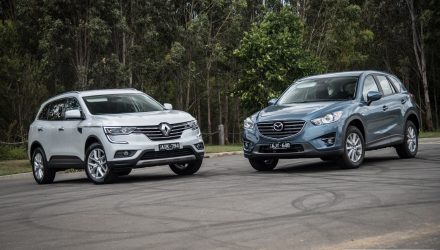 SPECS PACKAGE DRIVE VERDICT If you’re in the market for a mid-size SUV, or even... 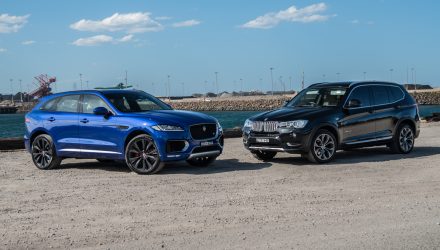 SPECS PACKAGE DRIVE VERDICT So it’s an easy win for the new Jaguar F-PACE on... 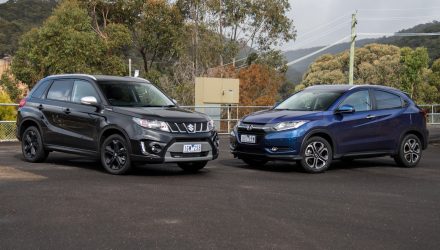 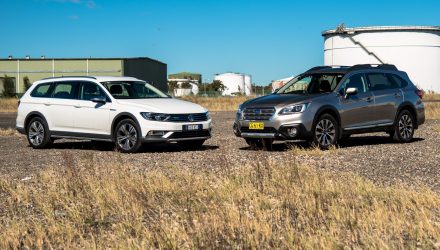 SPECS PACKAGE DRIVE VERDICT With SUV segments flooded with a bewildering array of options at... 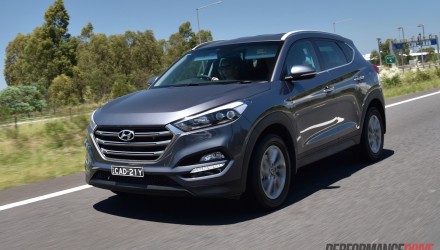 SPECS VERDICT There are many SUVs on the market at the moment; sports, luxury, heavy-duty,...

BUY A SUV & SAVE MONEY IN 4 EASY STEPS

What is an SUV?

SUV stands for ‘sport utility vehicle’, and in recent years, manufacturers have taken some artistic licence as to what constitutes such a vehicle. It’s generally accepted that SUVs are offer a hatch for the boot space, while being raised off the ground a bit more than the average vehicle. However, some smaller SUVs barely offer any increased ride height over some hatchbacks! SUVs are loved for their practicality, increased ride height, and in some cases their offroading capability.

How much is an SUV?

Prices in the SUV market vary wildly, from less than $20,000 for a tiny Suzuki Ignis, to over $200,000 for the biggest and best luxury cars. The most expensive ‘mainstream’ SUV on our roads is the Bentley Bentayga, which is a 12 cylinder behemoth costing more than half a million before options. Compared to equivalent sedan or hatchback models, SUVs could be more expensive, generally owing to their popularity.

‘SUV’ is an incredibly wide market segment. From the compact Suzuki Ignis or Ford Puma, to the gargantuan Toyota Landcruiser, or the ultra luxury Rolls Royce Cullinan and Bentley Bentayga. SUV also doesn’t automatically mean the car has four or all wheel drive by default. At the lower levels, this is often a $2,000-$4,000 option, with basic models coming in front wheel drive form. Popular midsize SUVs include the Subaru Forester, Hyundai Tucson, and Mazda CX-5, which can offer a suitable blend of size, handling, practicality, and performance. A burgeoning segment is also the electric SUV, which includes the Jaguar i-Pace, Tesla Model X, and the Hyundai Kona.

How to work out which SUV to buy

Due to the amount of options available it can be tricky to work out which SUV to buy. Ultimately it comes down to your lifestyle and what you think you’ll be using the car for. If all you’re doing is a dusty trail once in a blue moon, it hardly makes sense to go for a Toyota Landcruiser, unless you’re also towing. For most city-goers with a young family, a midsize SUV such as Mazda CX-5 may provide what you’re after. Larger families may want to up-spec, however. Seven seat SUVs are also popular, but make sure to double check the third row’s configuration and legroom!