After showing us the special Polo R WRC road car over the weekend in Monaco, Volkswagen also revealed the 2013 Polo WRC car that will compete in next year’s championship. 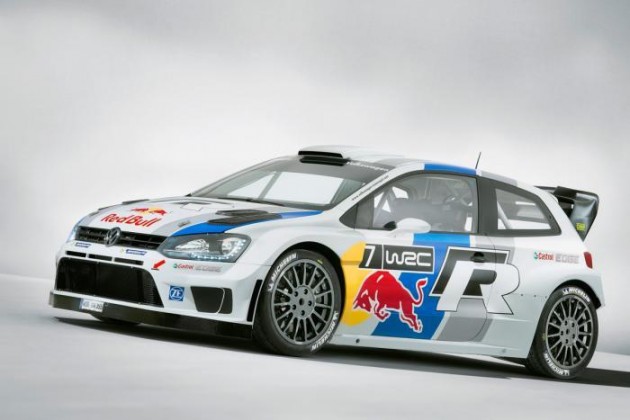 The rally car has been developed with the help of rally legend Carlos Sainz, and it took the team over 17 months to hone it to perfection. All of the specifications and weight are within the FIA guidelines and restrictions, however, what results is a highly modified version of the humble Polo GTI.

Power comes from a 1.6-litre turbocharged four-cylinder engine producing 224kW, as per WRC regulations. The engine is matched up to a six-speed sequential transmission and an all-wheel drive system. 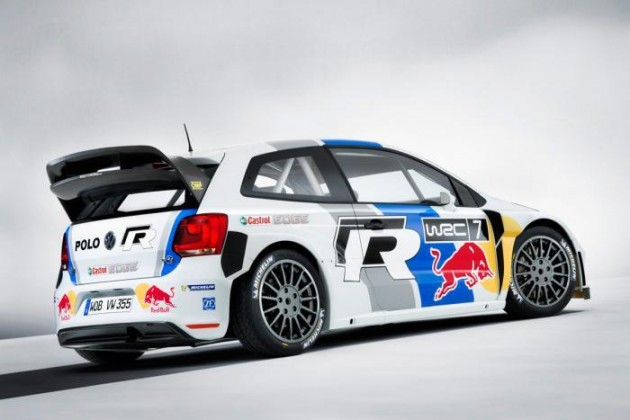 Setting it further apart from the road-going counterpart, the Polo WRC car showcases a bespoke widebody bodykit complete with hugely flared wheel arches, adding 138mm to the overall width of the car.

There’s also large spoilers front and rear, a stripped out and focused interior, and various vents and lightweight components including carbon-Kevlar doors and tailgate, with a kerb weight of 1200kg.

Sainz is anticipating the car to be very quick straight out of the box next year. He recently spoke about the project, saying,

“You never know, but I think that the Polo will be fast from the beginning. My feeling with all the tests was very positive.”

The 2013 season of the World Rally Championship will kick off at the Rally Monte Carlo in Monaco, running from January 15 until January 20.

The season is set to be an exciting one next year, especially as a number of changes will take place. Ford and MINI will no longer officially compete, which is sad, however, Hyundai will return to the sport with the i20 WRC car.

Citroen will also run three cars next year, with 2012 champion, Sebastian Loeb, only competing on a part-time basis. This should boost competition, rivalry, and spectator excitement.

The WRC will also return to Australia in 2013, as part of the agreement to alternate between New Zealand every other year. The local event will take place at Coffs Harbour on September 13-15.