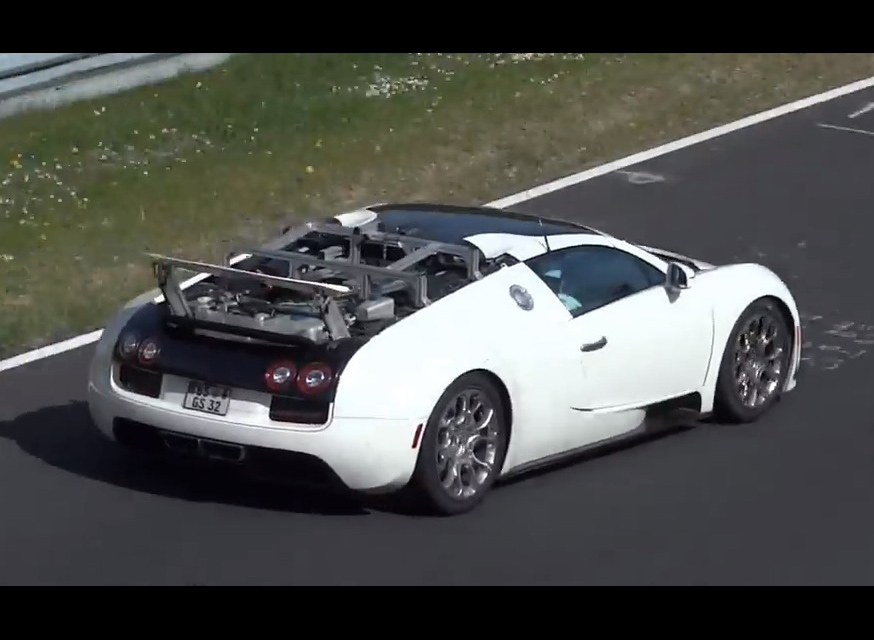 Bugatti has been spotted test driving a rather interesting Veyron prototype at the Nurburgring in Germany, featuring a strange structure over the engine compartment. 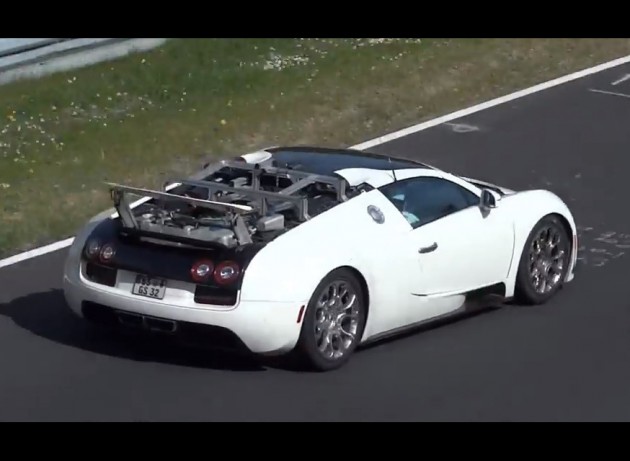 In its regular form the Veyron is powered by an 8.0-litre W16 engine pressurised by four turbochargers. It’s famous for developing 1001hp (metric), or 736kW. There has been rumours suggesting Bugatti is working on a successor with even more power. Could this be it?

By the looks of this prototype, Bugatti is certainly up to something. Some say the company is testing a hybrid system of some kind.

Bugatti is yet to announce anything official, however, its chief engineer Jens Schulenburg has said one of the biggest challenges with the next model will be reducing weight. This means the company could be toying with some lighter weight components.

Are we looking at the beginning of a new Veyron? A more powerful Veyron? Or even a more efficient Veyron? We’ll be sure to keep you updated.

In the meantime take a look at the video below, provided by fastsportscardriver YouTube channel, and feel free to tell us what you think.