Want to take a brand-new Lancia Stratos made mostly of carbon fibre and built upon a Ferrari 430 platform for a drive around Francorchamps Spa racing circuit? Well, you can’t. Unless you’re Michael Stoschek. 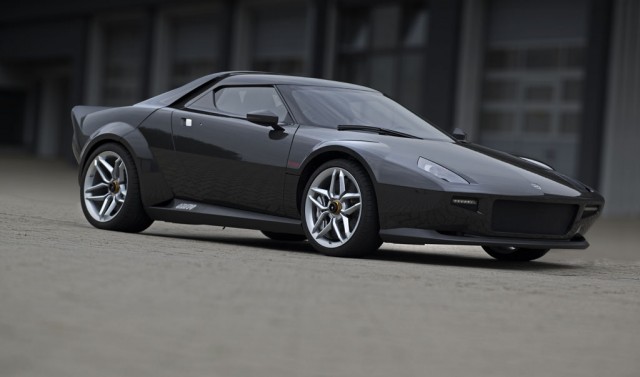 Michael Stoschek is a very rich businessman who commissioned Fiat and subsidiary company Ferrari to build this completely custom Lancia Stratos, remodelled on the original Stratos in every single detail. The design is blended with plenty of modern touches though, including a more conventional, liveable interior.

Underneath that beautifully presented Stratos body sits the entire underpinnings of a donated Ferrari 430 Scuderia. That means there’s a 4.3-litre 375kW V8 lurking behind the cabin. Performance figures are more astonishing than the donor car too. How does 0-100km/h in 3.3 seconds sound?

It sounds like this, have a listen below as Stoschek takes it for a lap around Spa.

And here he is again, this time competing in the German Sachsen Rallyce.

It’s great to see Stoschek is not shy about using his machinery. There’s nothing worse than high-performance motoring sitting in garages and shows that never get let of the leash, so to speak, don’t you think?