AMS Performance has broken some new records with its latest AMS Alpha 12 Nissan GT-R. It has just run a world record time (claimed) of 8.975 seconds on the quarter mile for a street-legal R35 GT-R. There’s a video to prove it too, which shows just what happens when you put 1309hp (976.5kW) through to all four wheels all at once. 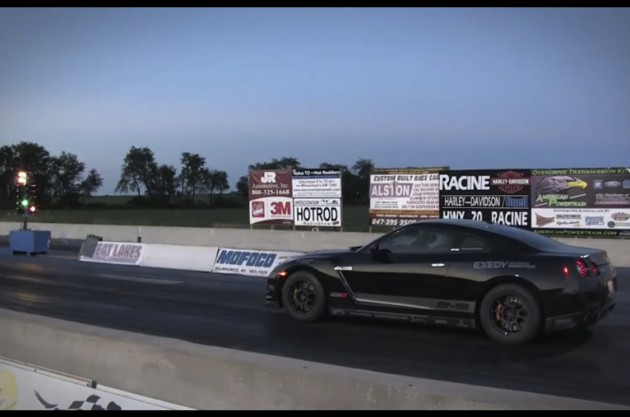 The AMS Alpha 12 has also claimed a few other acceleration records in the process. It achieved 60mph (96.6km/h) to 130mph (209km/h) in just 3.34 seconds, beating the car’s previous record of 3.46 seconds. AMS claims this is also a world record for a road-registered car.

Although that is quite interesting, we’re most interested in that quarter mile run. Blistering over the line in just 8.975 seconds at 272.22km/h (169.49mph) is truly astonishing for a car that you could literally drive to the track.

As far as we know the Alpha 12 uses the 3.8-litre V6 engine with some heavy modifications, including 35psi pumped through the inlet. Check out the video below for the full run, pay particular attention to the acceleration demo passenger rides after the run. Hilariously fast.

The Renault-Nissan-Mitsubishi Alliance has revealed some of its 2030 roadmap, with plans to share more common platforms between brands, and...

Premcar, the Australian engineering firm responsible for the Nissan Navara Warrior series, says it is readying the champagne for March...

Have you ever wondered if so-called ‘sport modes’ actually make your car quicker? We investigate, using the 2022 Nissan Navara...