Chevrolet has been spotted testing the upcoming 2012 Chevrolet Camaro ZL1 on the famous Nurburgring. And by the looks of this video, Chevrolet is very serious about the ZL1, and is making sure the most powerful Camaro leaves a big impact on the sports car industry. 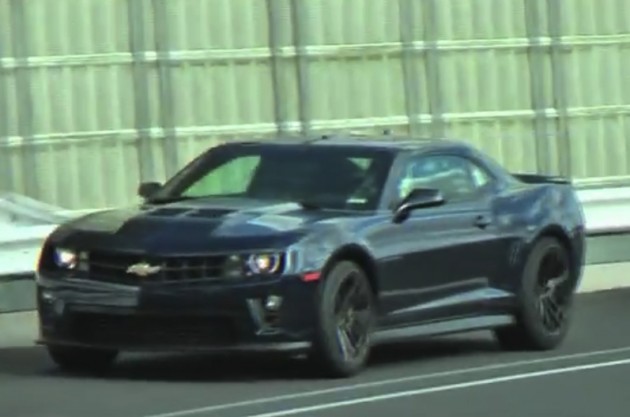 Chevrolet Camaros are not generally regarded as the most athletic of sports cars when it comes to circuits and being agile, it hasn’t stopped it from being the most popular sports car in the USA though. What’s not to love? It’s pure American muscle that hasn’t been watered down as some car manufacturers have been doing to their cars in recent times.

The 2012 Chevrolet Camaro ZL1 is promising not only to be a popular muscle car however, it’s also looking to be a serious performance flagship offering superior levels of grip and handling prowess. It only takes a quick look at the video below to see where they’re heading with this.

The 2012 Chevrolet Camaro ZL1 looks very solid and sure-footed out on the Nurburgring, showing hardly any sign of twitchiness or nervousness, even on approach to high-speed corners under full braking. And out of the corners, it just punches on like Mike Tyson.

It will pack more than just a few punches though. Featuring a 6.2-litre supercharged V8, output has been rated at 432kW (580hp) and 754Nm. This makes it the most power Chevrolet Camaro ever made. The unit will come with both a six-speed manual and six-speed auto transmission option.

Click play on the video below to see a prototype in action. The 2012 Chevrolet Camaro ZL1 will go on sale in the US early next year. Unfortunately, and as usual, Australia will miss out on the promising new Camaro variant. We can only dream.