Suzuki is showing a unique modified Swift Sport at the 2012 Australian International Motor Show called the Swift Sport Custom. The car features a number of aftermarket-style revisions, including a set of 18-inch alloy wheels. 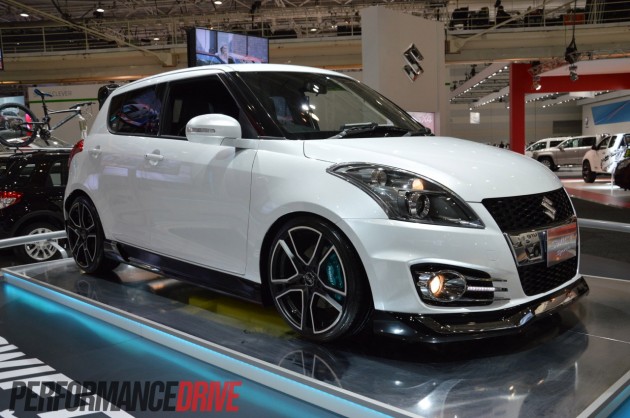 The Swift Sport Custom is one of three modified Suzukis on the stands at Sydney, featuring a heap of performance upgrades. Highlights include a set of Recaro bucket seats in the front, a unique suede-lined dash, and plenty of white trimmings. 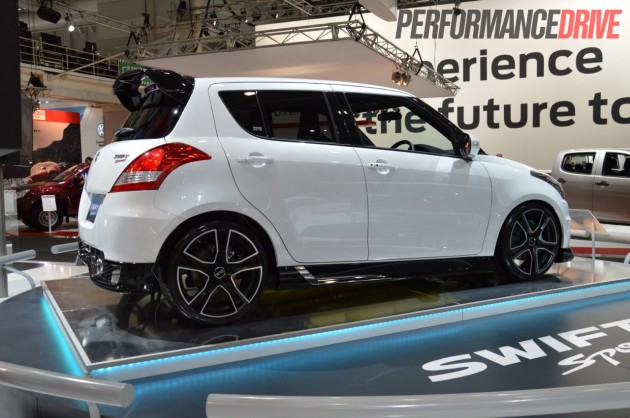 On the outside, the Swift Sport Custom gets a set of 18-inch OZ Racing alloy wheels hiding an aggressive braking package. The exterior also gets a bespoke bodykit with a sharp front spoiler, a chunky rear diffuser, and side skirts, all carrying a black and white theme.

Although the special model is a one-off creation that will not be heading into production any time soon, it does preview what can be done with the sporty hot hatch in terms of decent aftermarket upgrades.