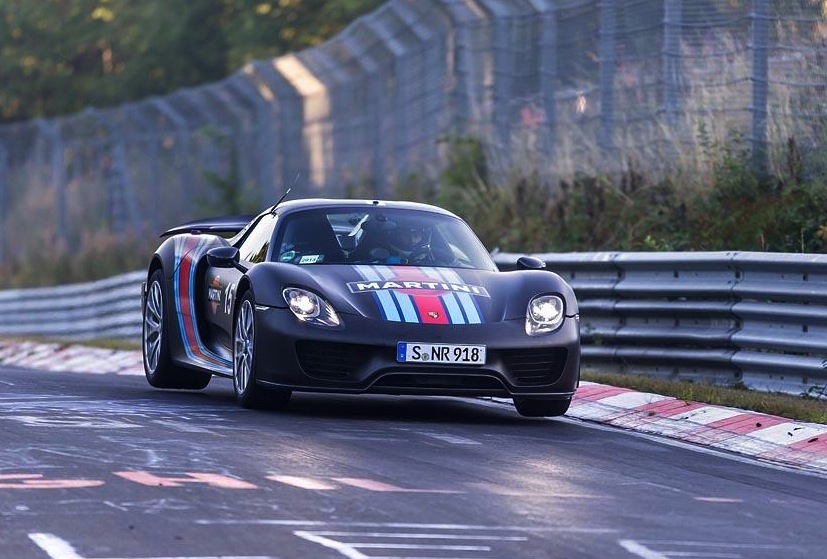 The new Porsche 918 Spyder is the quickest ever production car to lap the famous Nurburgring in Germany. Porsche has revealed the car posted a time of just 6:57 during recent testing. 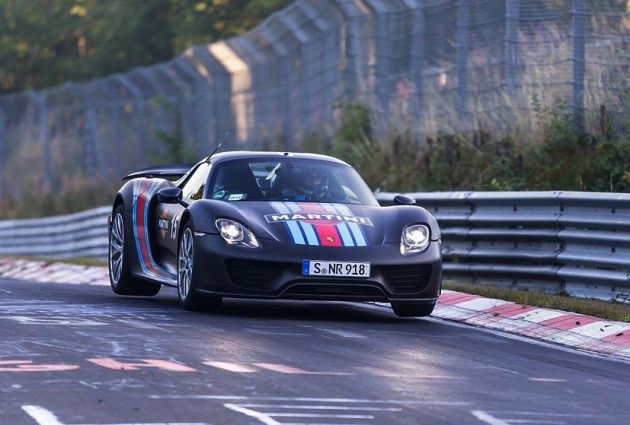 With factory race driver Marc Lieb behind the wheel, Porsche undertook timing practices at the ‘Ring on September 4 and posted the cracking time. This breaks the world record for a proper road legal vehicle by around 14 seconds.

Porsche says Lieb averaged 179.5km/h during the 20.6km lap, proving just how ferociously fast the new hybrid hypercar is. Wolfgang Hatz, member of the Porsche AG board of management in charge of research and development, said,

“We promised a great deal with the 918 Spyder, namely to redefine driving pleasure, efficiency and performance. We have kept our word.”

As reported yesterday, the 918 Spyder comes with a 4.6-litre naturally aspirated V8 producing 447kW, combined with an electric motor system boosting overall output to 652kW. It’s able to cover 0-100km/h in just 2.8 seconds with a top speed of 345km/h.

Unfortunately, the 918 will only be made in left-hand drive. Porsche Australia has confirmed with PerformanceDrive that it will not be heading to local shores.

Click play below for a showcase of the epic lap, as well as the full lap below that. International sales will commence soon.