Stepping into the SUV market… actually, we’ll start that again. Introducing a new market segment, the MINI Paceman has arrived in Australia. The four-seater offers active abilities of a high-riding SUV, matched with the sporty two-door profile of a coupe. 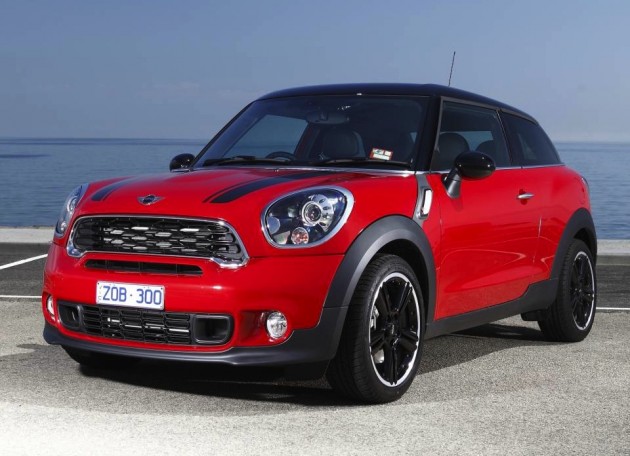 The MINI Paceman is based on the Countryman compact SUV. It features a very similar exterior design and jumped up body, and comes in two trim levels; the MINI Cooper Paceman and the performance MINI Cooper S Paceman. Both are front-wheel drive. The local arm has decided not to bring in the ALL4 all-wheel drive versions.

Starting with the base model Cooper, power comes from a 1.6-litre naturally aspirated four-cylinder producing 90kW and 160Nm. It’s able to sprint from 0-100km/h in 10.4 seconds, while offering an average fuel consumption rating of 6.5L/100km.

In the performance-oriented Cooper S Paceman, things are a lot more zingy. There’s the PSA-MINI 1.6-litre turbocharged four-cylinder engine under the bonnet for starters, producing 135kW and 240Nm (260Nm during overboost), with 0-100km/h coming up in 7.5 seconds. It consumes an average of 6.6L/100km.

Like the rest of MINI’s lineup, the Cooper S comes with a number of sporty highlights over the Cooper, including Dynamic Traction Control, a Sport button which provides a more focused and sensitive drive, stainless steel highlights in the cabin, and a set of 17-inch black alloy wheels. 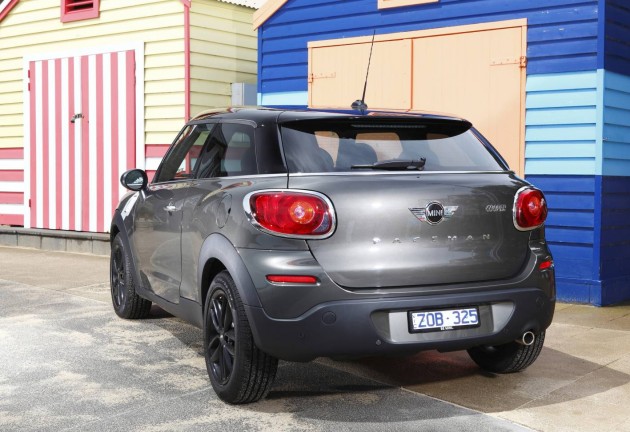 Both the Cooper and Cooper S come with sports suspension, an electronic locking differential (EDLC), sporty bucket seats, Bluetooth and USB connectivity, auto headlights and wipers, and a six-speed manual transmission. A six-speed sports automatic is optional on both.

Although the swooping two-door coupe layout does reduce cargo space compared with the Countryman, up to 330 litres is on offer – similar to the small hatch segment (Toyota Corolla, Mazda3). Up to 1080 litres can be opened up with the two rear seats folded flat.

As mentioned at the beginning, MINI will dominate the market sitting in a segment of its own. This is, of course, until other manufacturers follow along. Prices for the new model are as follows (excluding on-road costs):