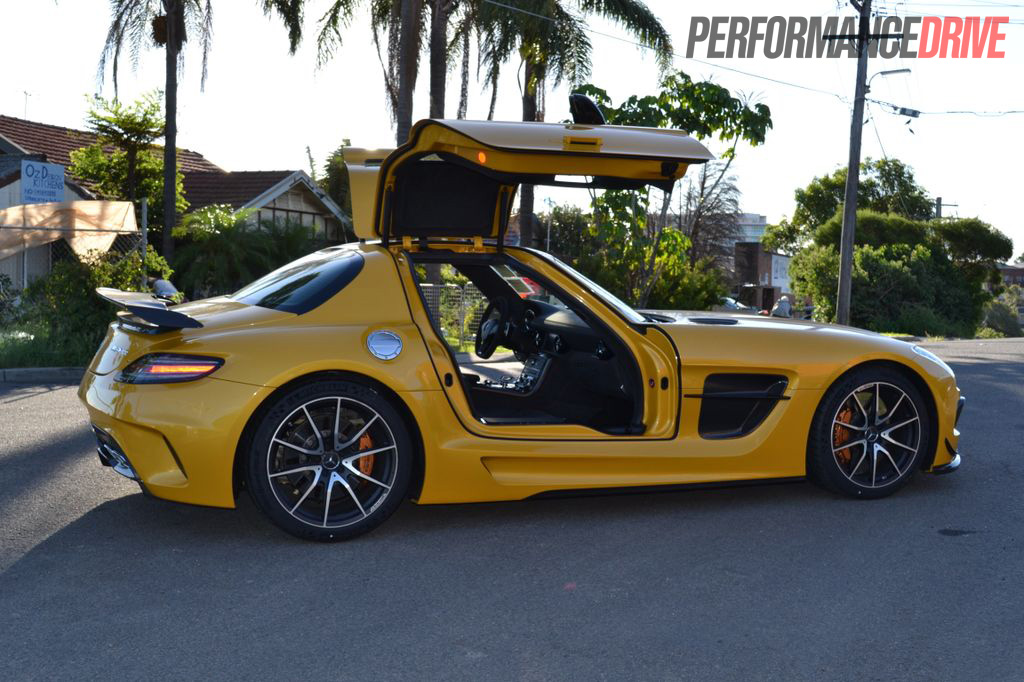 Yes, you read correctly, the Mercedes-Benz SLS AMG Black Series has landed in Australia. Well, at least one of them has. Thanks to our friends over at RamSpeed, we have been given an exclusive close-up first glimpse of the V8 monster before its local public debut expected later this week. 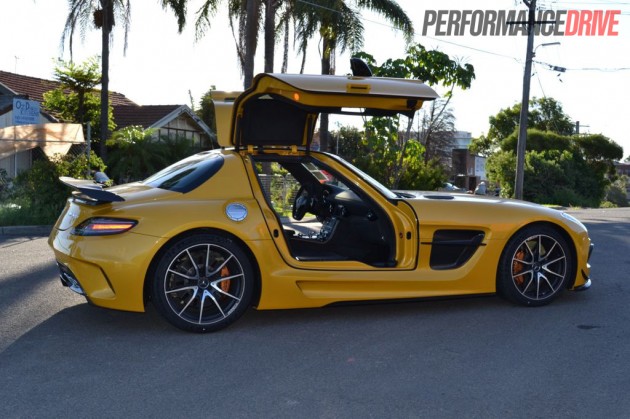 This striking yellow/orange SLS Black only just arrived from Germany today, in left-hand drive, still wearing Deutsch number plates. It’s believed to be one of only a handful that have been built so far – it’s certainly the only one in Australia right now.

As far as we know, the epic supercar could be showcased at the Australian Formula One Grand Prix in Melbourne this weekend. A few demo laps at Philip Island might also be in order, accompanied by a possible media photo shoot. 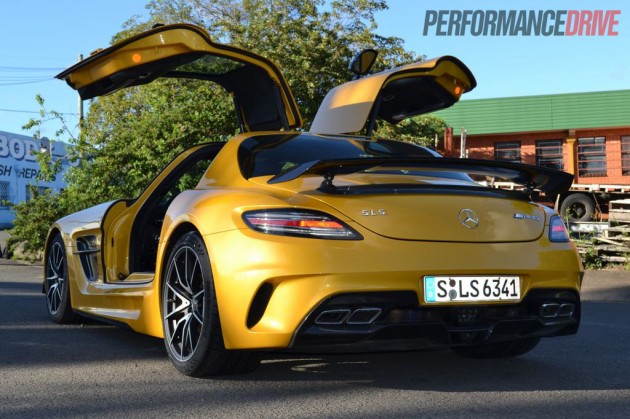 For those who don’t know, the SLS AMG Black Series is a stripped out, more powerful, more focused, and more exclusive version of the already-breathtaking SLS AMG. It’s also described as an SLS GT3 for the road. And as you can see, it’s simply stunning from every angle. 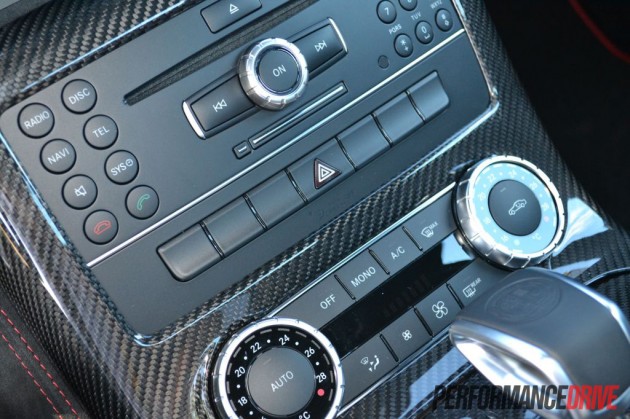 Over and above the regular SLS, aside from the 44kW power boost, the Black Series comes with huge carbon ceramic disc brakes with six-piston calipers on the front and four pistons on the rear. It also features bespoke 19-inch front and 20-inch rear alloy wheels wrapped in sticky 275mm/325mm Michelin Pilot Sport Cup tyres.

The SLS AMG Black features loads of carbon fibre as well, including a full carbon bonnet, carbon front and rear spoilers, and an interior that’s filled with the exotic lightweight material. As a result, the SLS AMG Black is 70kg lighter in weight (1550kg) overall compared with the normal SLS AMG. 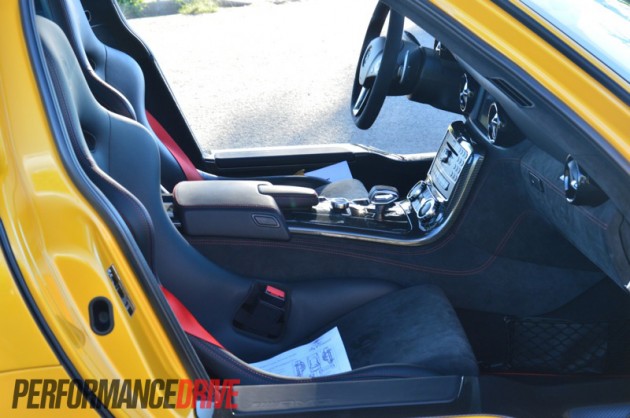 Inside, there’s a pair of proper racing bucket seats with lots of soft Alcantara trimmings, and a set of red seat belts for contrast.

Mercedes-Benz is planning to launch the new model in Germany in June. As for Australia, it’s still yet to be locked in for our market. We’ve heard rumours the local arm may offer a very limited run later this year. An official announcement is expected to be made very soon.

UPDATE: 10 examples are locked in for Australia. Prices will start at $639,000. Stay tuned for an official announcement.

Click play below for our quick start up and engine sound video.