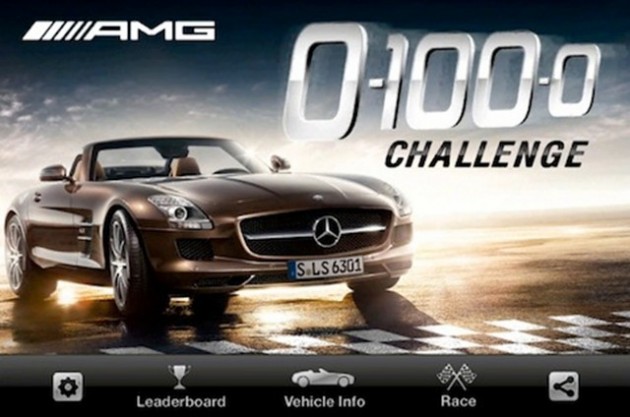 The aim of the Mercedes-Benz AMG 0-100-0 Challenge is to see how quickly you can go from 0-100mph (160km/h) and then back to zero again in the shortest time possible. It requires determination, skill, and above all, plenty of much-enjoyed procrastinating fun.

Times are measured be adding reaction times, both off the mark and brake reaction as soon as the Mercedes-Benz SLS AMG Roadster hits 100mph. An overall score is then given.

Best yet, you can invite your friends from Facebook and Twitter so you can boast about your leaderboard ranking.

The Mercedes-Benz AMG 0-100-0 Challenge application is available for free download via the iTunes Store.