Images of the all-new McLaren P1 production car have been revealed online. Although it looks very similar to the concept car, this is the first time the road-going version has been seen. 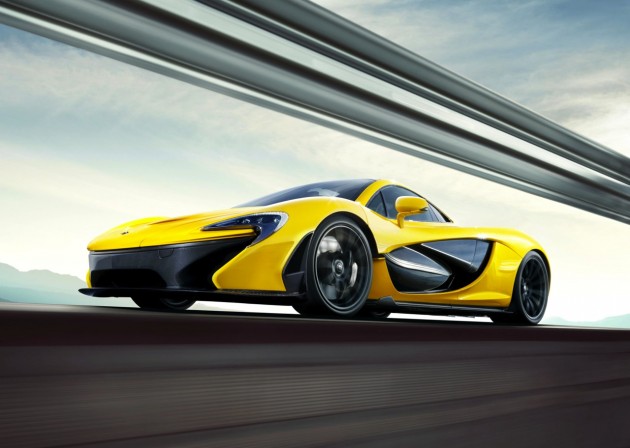 The main differentiating features from the concept to this production version include a set street tyres, obviously, as well as revised mesh grille sections for the front and rear bumper bars. 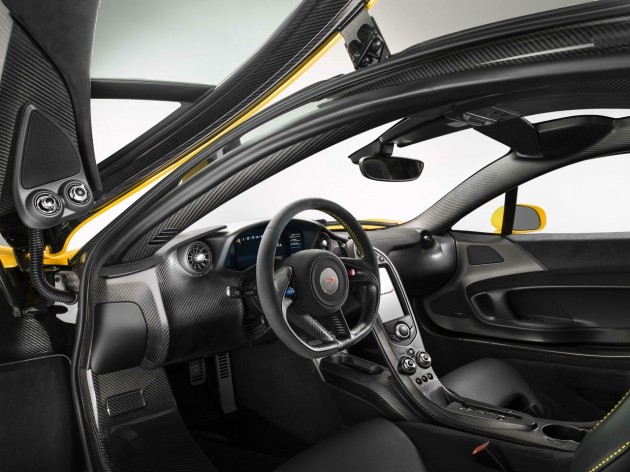 McLaren recently revealed the P1 will come with a tuned version of the MP4-12C 3.8-litre twin-turbo V8 engine producing 542kW and 720Nm. Matched with a KERS electric motor system, overall output is rated at 674kW and 900Nm.

All that power translates to a top speed electronically limited to 350km/h, with 0-100km/h taking under 3.0 seconds. Incredibly, the P1 monsters 0-300km/h in under 17 seconds – around five seconds quicker than the McLarent F1 predecessor.

Taking a look inside, you begin to understand the extent of carbon fibre in its construction. There’s a carbon fibre dash, centre console, and even the steering wheel. The P1 also features a full carbon fibre monocoque tub chassis and carbon body. Weight figures are yet to be revealed.

The new model is expected to go on sale in some markets later this year.