Former F1, Indianapolis 500, and IndyCar Champion Jacques Villeneuve will race in the Pepsi Max Crew V8 Supercar at The Sucrogen Townsville 400 next month. 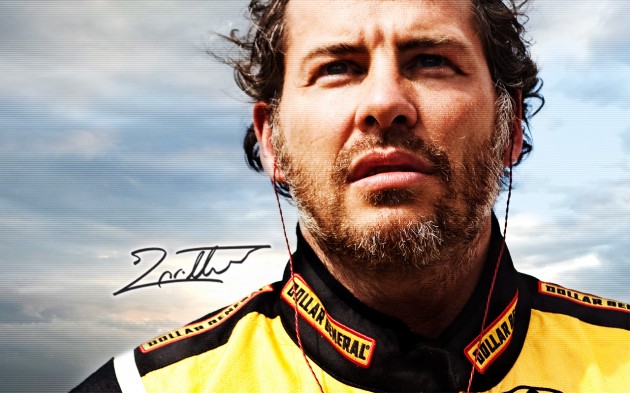 The Canadian will drive the Holden Commodore usually occupied by Bathurst legend Greg Murphy on the Townsville street circuit event on July 6-8.
Villeneuve said he was excited to take part in one of the best touring car series in the world, but felt for Murphy.

“I feel for Greg Murphy having to miss a number of races in the Championship as there is nothing worse for a race driver than sitting on the side lines with an injury and not being able to accumulate points in the series,” Villeneuve said.

“When this opportunity came up only one week ago, the stars all aligned and thankfully my commitments with the NASCAR Nationwide Penske Team in America and Porsche Supercup events in Europe allowed me to grab the Pepsi Max Crew seat for the Townsville race in an instant.

“V8 Supercars is a spectacular race series and I had a great experience on the Gold Coast back in October 2010.

“I have checked out the whole Pepsi Max Crew Graffiti concept and it looks wild . . . I also understand if time permits that the guys are thinking about a specific livery for the Townsville Race for me which will be cool.

“Like all drivers though, I am planning to first and foremost be competitive in the car as quickly as possible…. your Championship is world class and I will be thrilled to do this Townsville race.”

MINI says it has wrapped up an intensive round of testing for the latest MINI John Cooper Works race car,...

BMW has wrapped up an intensive round of testing for its upcoming replacement for the BMW M4 GT4 racer, putting...

Hyundai has bid farewell to three drivers from its previous season and unveiled a new team for the upcoming 2022...

The Morrison government has handed down its pre-election 2022 budget, and there’s good news for motorists with the announcement that...

If you’re looking to go racing in a well-sorted rear-wheel drive sports car, look no further than the Toyota GR...