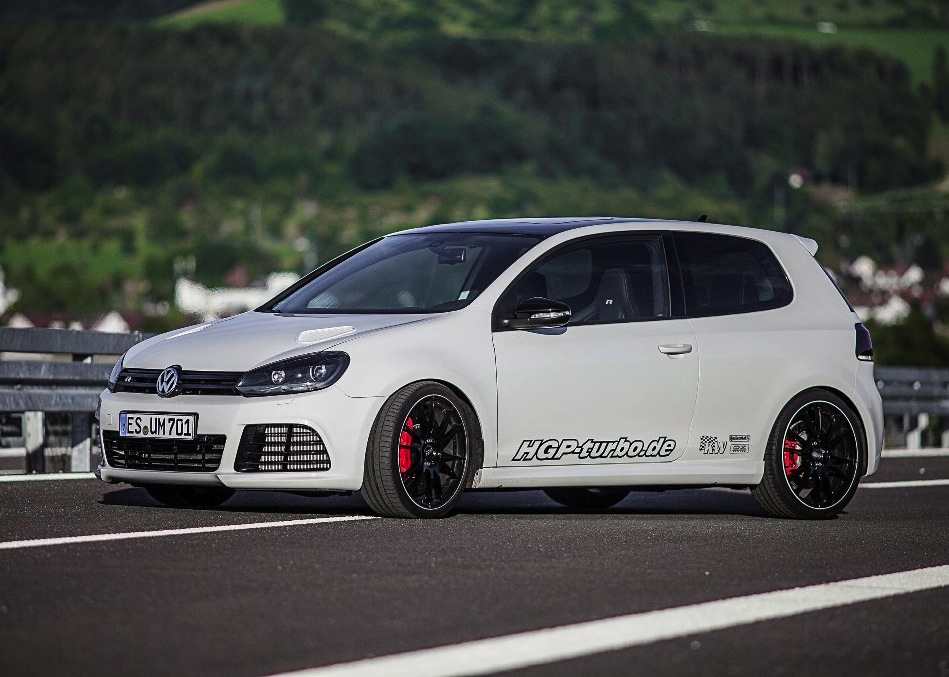 When it comes to Volkswagen Golf tuning this crazy creation by HGP-turbo is one of the most insane we’ve seen in a long while. It features a 3.6-litre V6 conversion, with twin turbochargers. 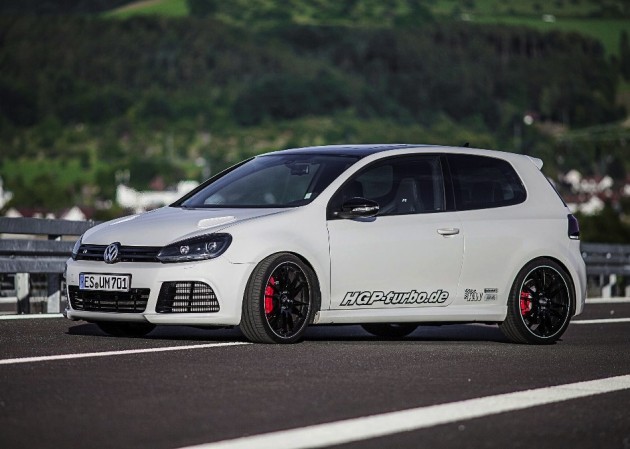 Pulling the factory 2.0-litre four-cylinder turbo from the Golf R and replacing it with a 3.6-litre V6 is one thing, and then adding two turbochargers is just nuts. The engine is from the Volkswagen Passat R36 and produces 220kW in standard form, without turbocharging. 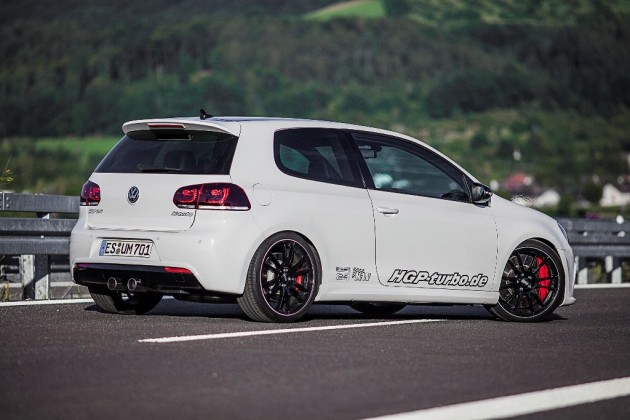 Underneath is a twin 70mm stainless steel exhaust system and twin 88mm downpipes, ending with a single 88mm tailpipe with twin tips made to look like the factory item. HGP has also reinforced the seven-speed DSG eight-plate clutch mechanism and retuned the transmission’s software to handle the extra power. 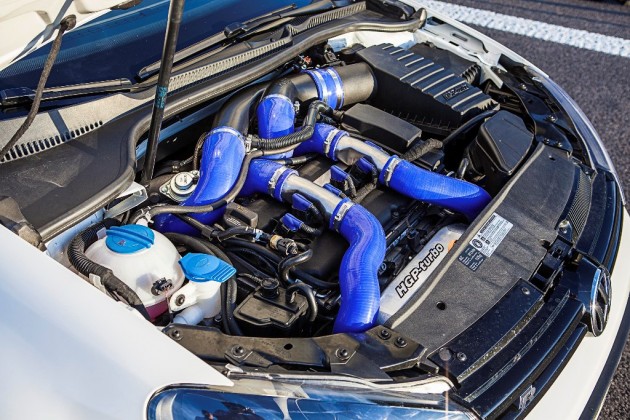 To give the car a personalised look HGP has fitted up some lightweight black alloy wheels which hide uprated brakes with six-piston front calipers. There’s also some bonnet vents and some HGP decals down the side for that extra touch.

Like we said, this is one of the most comprehensively insane tuning kits we’ve seen for the Golf in a long while. And it looks remarkably standard from the outside. Talk about a fine sleeper.

Porsche is announcing a special Platinum Edition variant of its Cayenne SUV, giving buyers a touch of added exclusivity through...

An update has been announced for the Genesis GV80 large premium SUV for 2022, bringing in a new 6-seat Luxury...