Nissan has confirmed production of the Infiniti FX50 Sebastian Vettel Edition will go ahead, despite being unveiled at the 2011 Frankfurt Motor Show last month as a concept. Infiniti is also thinking of launching an Infiniti Performance Line (IPL) brand with the possibility of more performance editions on the way. 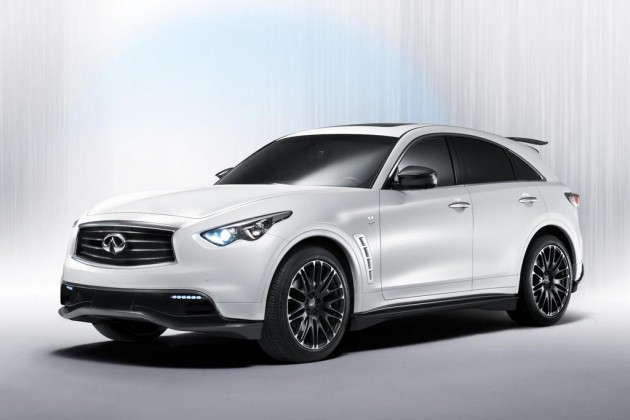 Speaking in a video for a Nissan blog, Nissan executive vice president Andy Palmer announced that the Infiniti FX50 Vettel Edition will hit the market. He also hinted at the new IPL brand saying,

“First of all, doing the Sebastian Vettel Version was fun. It was fun for Sebastian, it was fun for Shiro Nakamura and actually it’s a really interesting car.

“But it’s also a kind of pilot for IPL, Infiniti Performance Line. It’s about being able to do our equivalent of AMG or M-series and we wanted to test the organization and can the organization cope we’ve these type of special versions.”

This is expected to spawn a range of upcoming performance division vehicles, based on Infiniti models. Could this be part of the Infiniti Red Bull road car partnership reported a few months ago?

In concept form at least, the Infiniti FX50 Vettel Edition features various revisions over the standard 5.0-litre, 291kW V8 FX50, taking power to 309kW. It also gets extensive carbon fibre styling and aero tweaks, and a number of interior enhancements to suit the Formula One Champion’s desires.

We’ll be sure to provide full details of the production version as soon as they are released, along with a possible Australian launch date. 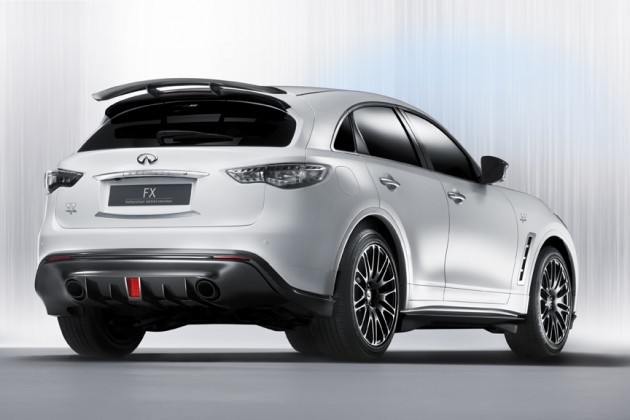